The US government has ramped up its harassment of journalists and activists associated with WikiLeaks in recent months. 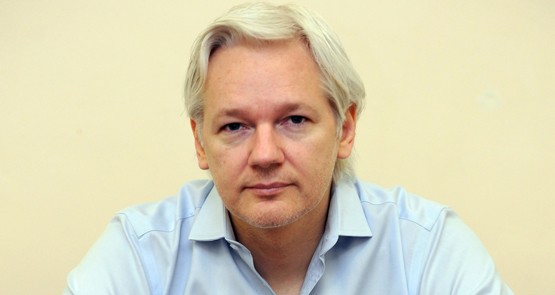 *This article was originally published on July 4, 2012.

As the Australian government continues to insist the United States is not interested in charging Julian Assange, the Obama administration has significantly ramped up its harassment of activists and journalists linked to WikiLeaks in recent months.

The harassment of net security activist Jacob Appelbaum has long been a matter of public record. Icelandic MP Birgitta Jonsdottir no longer travels to the US in case she is arrested, on the advice of the Icelandic state department. In recent months, however, the list of targets for harassment has expanded. French internet freedom activist Jêrêmie Zimmermann was stopped by FBI agents in May while attending a conference in Washington DC, two months after being interviewed for Assange’s television program. Icelander Smari McCarthy was also been stopped while entering the US, and according to one report, asked by three officials to become an informer about Assange.

Combined with the still-unexplained stopping of human rights lawyer Jen Robinson in April, also while travelling, suggests a more systematic approach to harassing people connected with WikiLeaks by Department of Homeland Security officials and the FBI.

Laura Poitras is a documentary filmmaker and journalist based in New York. Her work focusing on America post-9/11, has been nominated for an Academy Award and an Emmy Award for outstanding investigative journalism. The films also earned Poitras the enmity of the Department of Homeland Security, which since 2006 has stopped her on virtually every occasion on her return to the US and interrogated her about her activities while out of the country. Her electronic equipment, notes and other documents have also been seized. On one occasion, armed officials demanded she stop taking notes of their treatment of her because her pen was a threatening weapon, and threatened to handcuff her to stop her. Glenn Greenwald at Salon, DemocracyNow and The New York Times in 2010 have all covered DHS’s treatment of an American journalist for the offence of making documentaries that don’t accord with Washington’s view of reality.

This year, once she started working on a project with Assange, DHS’s harassment of Poitras shifted and she starting being detained by DHS agents before boarding flights in London, Amsterdam, and Paris, rather than on arrival in the US. The most recent occasion was on June 1 before a Virgin Atlantic flight from Heathrow to the US, when she was “interviewed” about her activities and where she has been staying, before being patted down and allowed to board the flight. Preflight interviewing is consistent with the DHS protocol for passengers on an “inhibited” list. Poitras has been stopped several times at Heathrow while flying Virgin Atlantic to the US, such that she is now on first name terms with Virgin’s Heathrow head of security. “Your name is on a ‘target’ list,” he told Poitras on June 1, before a DHS official arrived to speak to her. “It’s rare for a US citizen.”

“Our dual mission is to facilitate travel in the United States while we secure our borders, our people and our visitors from those that would do us harm like terrorists and terrorist weapons, criminals, and contraband.  CBP officers are charged with enforcing not only immigration and customs laws, but they enforce over 400 laws for 40 other agencies and have stopped thousands of violators of US law.”

Virgin Atlantic also refused to make any comment on security matters on the basis that they were “strictly confidential”. This follows Virgin Atlantic’s peculiar about-face after initially revealing to Crikey that Jen Robinson was stopped at the request of security agencies but then refusing to comment further after the UK Home Office intervened.

The unwillingness of either DHS or a private company to discuss government-ordained-corporate-delivered harassment is not an accidental feature of such processes, or a mere effort to cover embarrassment, but a key element. It prevents the most basic accountability and scrutiny or actions either through a claim of “confidentiality” — often based on the pretence of concern for the “rights” of the target of harassment (rights of course that have already been systematically violated by the agency) — or through outsourcing of implementation to private companies beyond the reach of political scrutiny, or through bland bureaucratese that is intended to misdirect, obscure or provide only the pretence of responsiveness. Or, in this case, all three.

While the apparent extension of harassment reinforces the case that, contra the willful blindness of the Australian government, the Obama administration is accelerating its investigation of Julian Assange, Poitras has been enduring such treatment for six years, all due to her journalism. And at the hands of a government that notionally guarantees freedom of the press.

If that is the treatment Poitras has received just as film-maker, God only knows what is in store for Assange given that US politicians have openly called for his assassination.

He is sensible to flee as both UK and Australian authorities comply with their masters except of course, when the UK refused to handover the murderous dictator Pinochet to Spain where he was wanted for the murder of Spanish citizens.

As for enforcing security, as the US seems riddled with illicit drugs, Homeland Security (sounds so similar to pre-war Nazi Germany) seems hopelessly incompetent but maybe that’s because they spend so much time hassling political opponents.

‘…armed officials demanded she stop taking notes of their treatment of her because her pen was a threatening weapon, and threatened to handcuff her to stop her.’

Surely this takes the cake. The Yanks have an obsessive fear mentality but who knew it was this advanced? Next you’ll be telling us that US marines on overseas deployment will be armed with pens. You can bet that Barry’s personal bodyguards are already kitted out with the latest Watermans.

It will be only a matter of time before the US bans evil-doing pens on aircraft. Frankly, I can’t understand why anyone would travel there voluntarily.

The US is a paranoid state which has acted secretly and with impunity outside the law, any law, for over sixty years. Scores of countries have been invaded. Vietnam and Iraq are just the two most catastophic. The ALP has long been a fawning, complicit party to these crimes. Assange and others like him have every reason to fear for their freedom and their lives.
Gillard instantly declared Assange a criminal. Since then, her minders have warned her to keep her mouth shut, but we all know Australia will do nothing material to assist Assange.
Oh yes, and don’t mention the Abbott….

And remember that ex-Trot Paul Howes is an official US “protected source”.

The land of “new speak”. Perhaps a change in lyrics: ‘ The land of the feaks & the home of the depraved’