A change of weather luck on the way

The task of selling the need for action to combat climate change has surely been made harder for the federal government by the last 12 months in Australia being a little on the cool side.

A change of weather luck on the way. The task of selling the need for action to combat climate change has surely been made harder for the federal government by the last 12 months in Australia being a little on the cool side. With generally below average temperatures the debate has centred on the potential cost of a carbon tax rather than the need for pricing carbon dioxide emissions as a way of this country doing its bit to stop the world getting uncomfortably hotter. 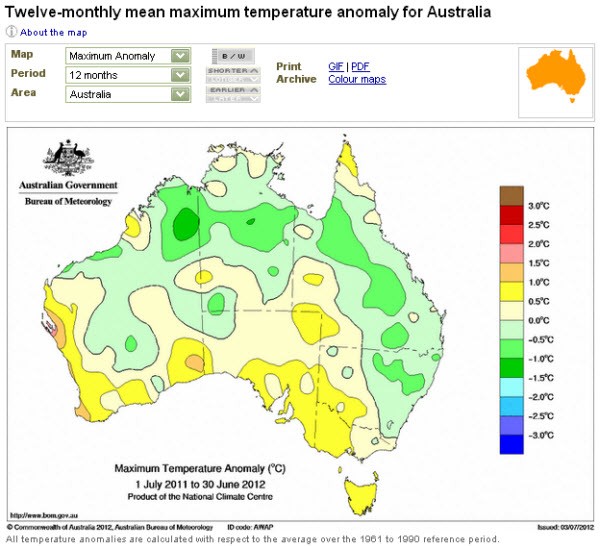 But, while it is irrelevant to the long term evidence of those rising temperatures, help for the Labor government’s cause looks like being on the way with the Bureau of Meteorology this week reporting that climate indicators continue to show a shift towards El Niño conditions which bring with them a drier eastern Australia and a warmer southern one.

A burst of hot weather this coming spring and summer like that occurring over much of the United States in the last couple of weeks would surely make selling a carbon price an easier task. Over there even the conservative Drudge Report is linking droughts, wildfires, high temperatures and severe storms to global warming.

And another little glimmer of hope. I know the pollsters are predicting a continuing Queensland Labor disaster but I cannot help being reminded by the shenanigans of that state’s Liberal National Party of the “Joh for Canberra” movement that destroyed John Howard’s chances his first time around all those years ago. Back then the conservatives from the north exhibited the very same confident arrogance that the Queensland LNP machine and its rich financial backer are exhibiting today.

And yet another one. Soon even the retailers might have nothing to whine about! The May Australian Bureau of Statistics retail sales figures show an economy doing quite nicely thank you. 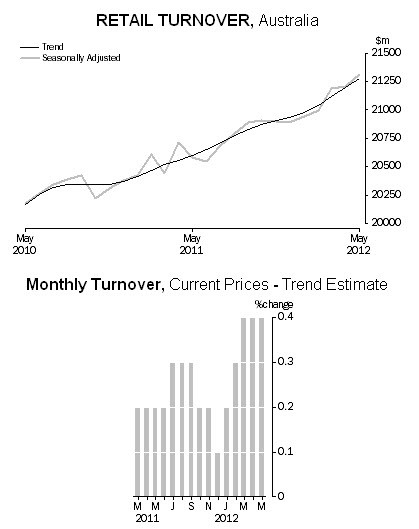 Rupert Murdoch and a case of journalistic privilege. This cartoon from the News Corporation’s New York Post caused more than a little controversy a few years back as some readers saw it as a crudely racist attack on President Barack Obama. 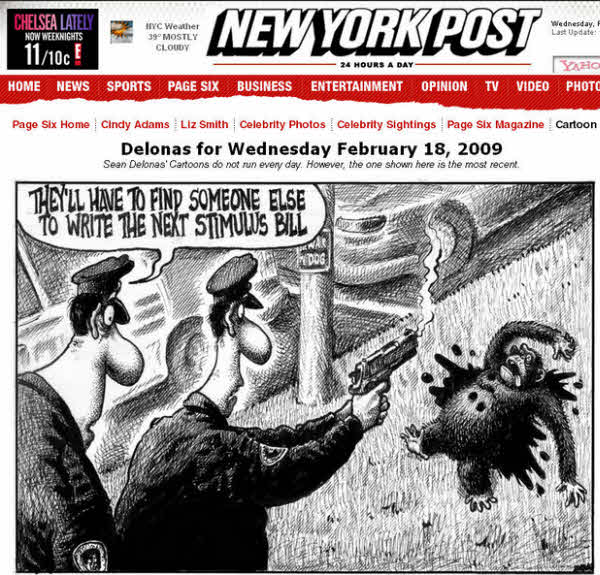 The cartoon depicted a policeman shooting a crazed chimpanzee, a play on an actual Connecticut incident, and referred to the recently adopted $787 billion federal economic stimulus. Many people saw the chimpanzee as a depiction of Obama. Murdoch later apologized to readers.

In a court case involving a claimed wrongful dismissal, Post editor Col Allan has tried to keep private his conversations with Rupert Murdoch about the apology. Reuters reports:

The questions over the cartoon covered such matters as whether Allan told Murdoch he disagreed with publishing an apology and whether Allan understood Murdoch to have believed it was a mistake to do so.

In ordering Allan to submit to another two hours of being deposed, Ellis said the editor had been seeking to improperly broaden the scope of journalist privilege.

Ellis said this privilege more typically applies to cases involving reporters and the protection of sources as part of the “newsgathering” process.

In contrast, in the employment discrimination context, “the plaintiff may explore the motivations of decision makers, or individuals who influenced the decision maker or participated in the decision,” Ellis wrote.

Mermaids don’t exist – official! If you needed evidence of the power of television then this page from the US Department of Commerce website surely provides it. After a “mockumentary” on the subject was shown recently on the Discovery Channel the national ocean service thought it necessary to publicly declare that “no evidence of aquatic humanoids has ever been found.” 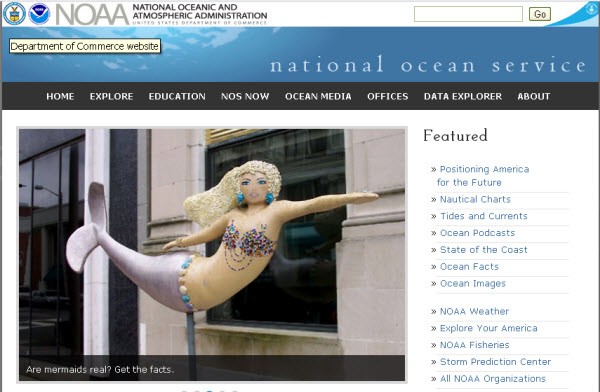 There’s something in the warm water