Reuters reports the Finnish government telling its parliament that Helsinki and its Dutch allies would block the bailout fund.

The unraveling begins. It has been the pattern since Europe entered its own financial crisis; markets get nervous then leaders meet and issue a statement hinting at action to come; markets rally initially and then subside as doubts emerge whether anything practical was actually decided at all.

And so it appears to be happening again. The relief at last week’s supposed agreement to allow the euro zone’s permanent bailout fund to buy bonds in secondary markets and reduce a crippling interest burden for Spain and Italy is subsiding. Reuters reports the Finnish government telling its parliament that Helsinki and its Dutch allies would block the bailout fund making such purchases.

From the deep north to the deep south. From the apple isle comes a report that the pollie with the hat thinks north Queensland is very similar to Tasmania. Both are thousands of kilometres away from Canberra and Bob Katter thinks that will be enough to give his Australia Party a southern presence. He is on the hunt for candidates to stand at the next federal and state polls.

A reminder that there’s one of them who can sing. Please Craig. Please. Leave it to a better man. 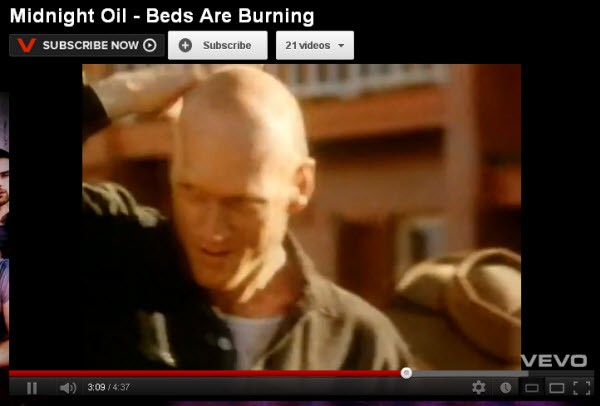 A topsy turvy race. Forget those weekly Essentials, fortnightly Newspolls and monthly Nielsens. Get yourself really confused with a daily Gallup. 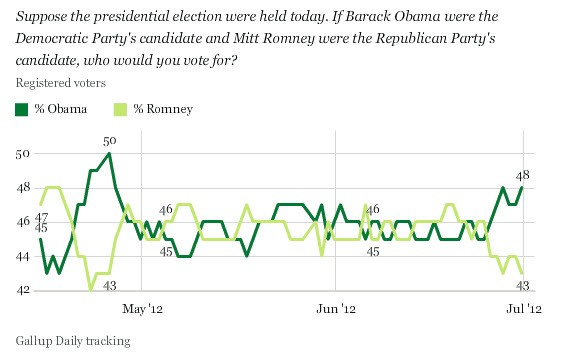 Barack Obama has been leading Mitt Romney for six days now which is the longest leading spread that either candidate has had since this pollster began daily tracking back in April.

[My client Julian Assange would not get a fair trial in Sweden.]

We are reminded how effective Garrett was as a communicator. Was.

Before he burned his beds?

He can sing but Emmo’ probably should have politely refused the dancing tips.