Was Swan percipient about Rinehart and Palmer?

Our Treasurer is looking more percipient with every day that passes.

And credit is due to Tony Abbott too. He has been cool about the Palmer political ambitions from the day the man said he would seek preselection to stand against Wayne Swan. Now the Opposition Leader has reportedly taken a stand against the bullying attempt to dominate the Liberal Party machine.

Those petrol prices again? Barack Obama has opened up a lead again in his contest with Mitt Romney for the presidency. 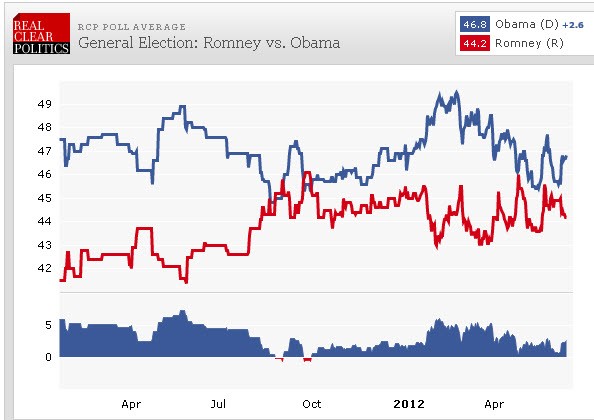 Perhaps the graph below shows the reason for the Obama decline and the subsequent revival. 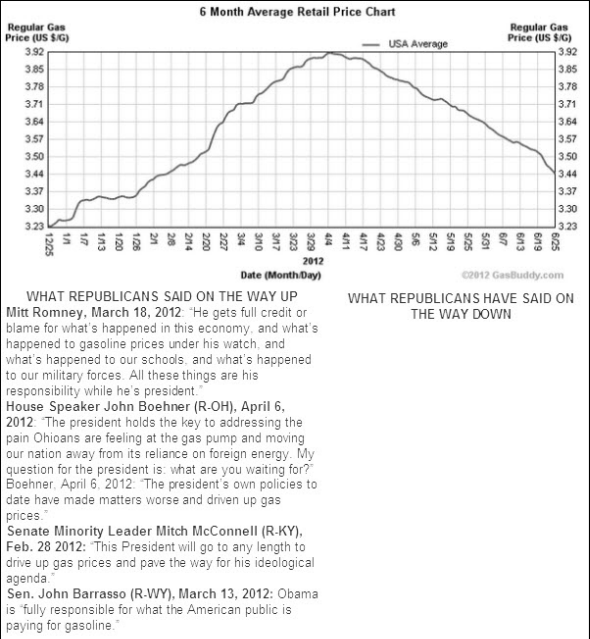 One thing that’s clear is that the Republicans who blamed the President when petrol prices were rising have gone rather silent now that they are coming down.

What Clive Palmer apparently told the Parliamentary Leader was that he would be moving a resolution at the federal conference of the Liberal Party that, if supported, would prevent registered lobbyists from holding executive positions in the federal division of the Liberal Party. That actually sounds reasonable. Why did the Party Leader become so incandescent with rage at the idea?

Just watched Palmer on 7:30 – so what’s “Plan B”?
Abbott still looks like a craven political opportunist, no rock too heavy to turn – looking for “The Precious”- no tactic too low.
Certainly puts paid to those assertions of Labor’s of that idolatory of the Coal-ition for big business – Clive Palmer’s at least.
As for the sponsors/interests of other lobbyists holding party positions …….?

Then Abbott has “SAID” that there was no conflict of interest…….?

[After saying what he said about whatever he said! To Kerry O’Brien?]