Front Page of the Day. The Washington Post today covers the Egyptian elections and has a wonderful photograph to accompany it: 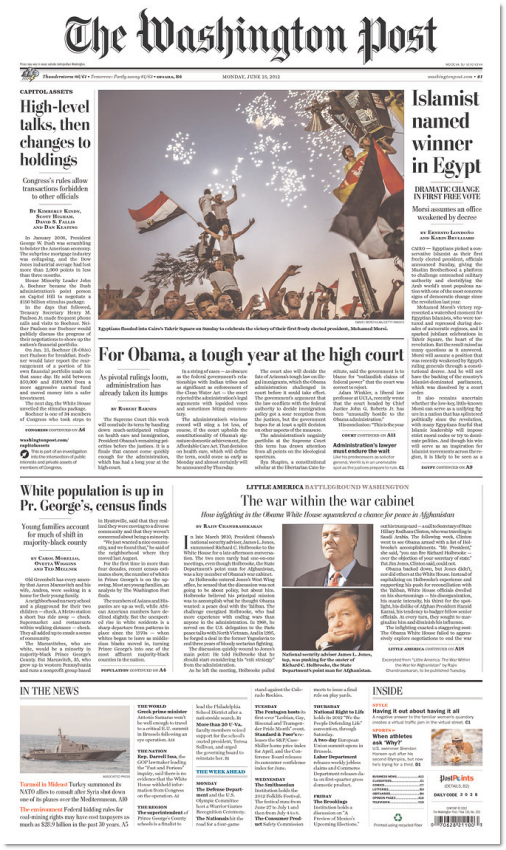 The Department of Corrections. The problem with analysing census data is that there are just so many darn numbers. From today’s Sydney Morning Herald: 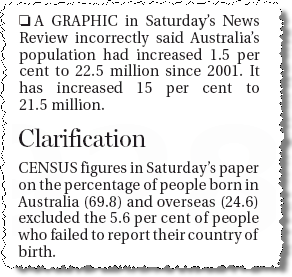 “Mining billionaire Gina Rinehart has threatened to dump her stake in Fairfax Media if ‘unsuitable conditions’ over non-involvement in the company’s editorial direction are not removed.” — mUmBRELLA

“The Vatican has hired an American journalist as its senior communications adviser amidst the latest scandal to mar Pope Benedict XVI’s papacy.” — PR Week

“There are fears for the future editorial independence of the BBC after news journalists were ordered to come up with money-generating ideas for the corporation, a leaked email reveals.” — The Independent

“The Guardian has given 20 of its general reporters iPhones in a bid to ‘take advantage’ of the latest mobile photography and video technology to ‘supplement’ the news outlet’s existing video output.” — journalism.co.uk

Sorkin’s The Newsroom debuts with 2.1 million in US

“HBO generated a huge amount of talk — positive and negative — about its new Aaron Sorkin drama, The Newsroom, and it managed some better-than-average audience totals for its premiere Sunday night.” — The New York Times