Steve Lewis’ “Bottle-gate” blunder. Steve Lewis, the journalist who has been subpoenaed to appear in court over his role in the “Slipper-gate” affair, stars on the front page of Sydney’s Daily Telegraph this morning with a story claiming that children visiting federal Parliament will be deprived of free bottled water and “fruit treats” because of government cost cutting. 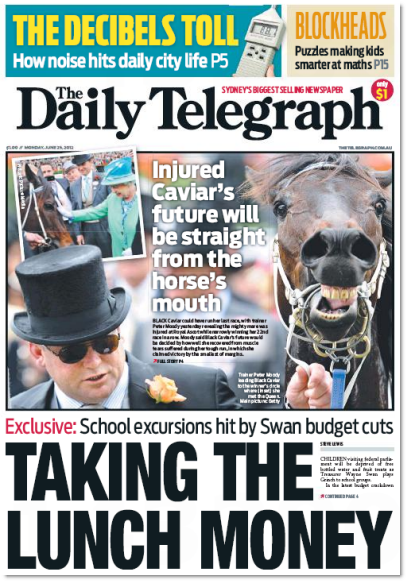 Unfortunately for the Tele, water-bottle-gate had already been dismissed as a con before most punters had even heard of it. Treasurer Wayne Swan slapped down the Tele via a media release this morning, dismissing the story as “completely wrong” and “grossly inaccurate”. “The parliamentary departments have confirmed that the program has not been cut — bottled water and fruit snacks will continue to be provided to students who visit Parliament House to learn about our political system,” Swan wrote.

“Given how these newspapers have misled their readers, papers which published the story should publish a correction of equal prominence tomorrow morning, which for The Daily Telegraph means page one.” We won’t be holding our breath Swanny. — Matthew Knott

Black Caviar draws big late-night numbers. More than a million Australians stayed up late on Saturday night to watch Black Caviar — OzTAM data shows 1.241 million viewers across Australia watched her narrow win in the Diamond Jubilee Stakes. The figures do not include the tens of thousands of people who watched the race in Federation Square or in pubs and clubs across the country.

The audience could have been bigger if Seven had broadcast it across the country live on its main channel; Seven broadcast the UK races on the channels that Saturday night’s AFL game had been broadcast on. So it was on the main channel in Melbourne, Adelaide and Perth, and in some regional areas. It was on the less popular 7mate in Sydney and Brisbane and regional areas of NSW and Queensland. A switch to the main channel in Sydney and Brisbane would have lifted the audience nationally. — Glenn Dyer 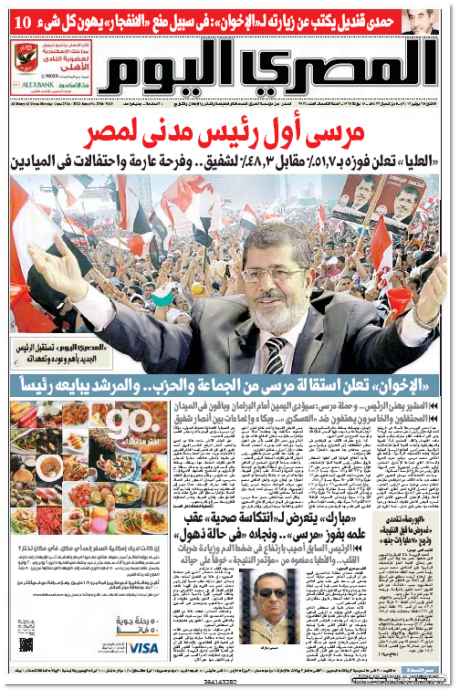 The Department of Corrections. The Guardian on Saturday ran this humorous correction. Rock and roll. 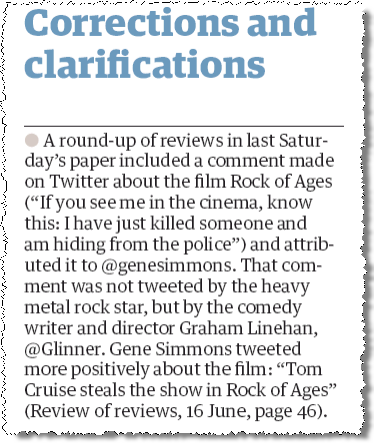 “The axe falls again at SBS with its Chinese-language news Mandarin News Australia to air its final episode on Wednesday.” — TV Tonight

“An Iraqi press freedom group has condemned authorities for ordering the closure of 44 news organisations, including a US-funded radio station.” — The Guardian

“The controversial ‘docu-drama’ The Shire has reportedly been bumped from Network Ten’s programming schedule.” — NineMSN

“Politico, the website devoted to covering all facets of the political news cycle, said late on Thursday that it had suspended one of its White House reporters for making numerous disparaging and vulgar comments about Mitt Romney.” — The New York Times

[“Given how these newspapers have misled their readers, papers which published the story should publish a correction of equal prominence tomorrow morning, which for The Daily Telegraph means page one.”]

Of course it should. That should be standard practice for every newspaper.