Internet makes it Pozible to award the Queensland Lit Awards

The $20,000 figure is “fairly audacious for a crowd sourcing campaign for something like writing,” QLA organiser Claire Booth told Crikey. If the $20,000 total isn’t reached, all pledged donations are cancelled.

Online donors are also able to claim “rewards” in exchange for their monetary support, with higher increments of cash getting better rewards. A $30 donation on Pozible gets you “good karma and warm feelings, secure in the knowledge that you have supported an emerging author to climb that first rung on the literary ladder”, plus a thank you on the QLA website. A $100 donation is rewarded by the aforementioned good karma plus a book by a previous winner of the award. The highest donation category, $1000, allows a donor to claim an invitation to the QLA award ceremony on September 5 (plus, an invitation to an exclusive event with short-listed and winning authors at Avid Reader bookshop and a signed copy of the winning emerging writer’s book).

Previously, the Queensland Premier’s Literary Awards handed out up to $25,000 for each winner in 14 categories including fiction and non-fiction books, young adult, poetry, emerging Queensland writers and the David Unaipon Award for an unpublished indigenous writer. The QLA hopes that if the $20,000 target is reached, each prize category will win $1000 (administration costs also need to be covered).

The committee member in charge of the application process, author and events co-ordinator at independent Brisbane bookshop Avid Reader, Krissy Kneen, said even just working out how to store the entries — five copies of each entry were required — became a logistical nightmare for the volunteer crew. More than 600 entries were received, and will be judged by the same standard of judges as in previous years (who are volunteering their time).

“Most important, from my end as a writer, is to get some money for the awards themselves and making sure there are some cash prizes at least for some of the awards,” Kneen told Crikey. “I particularly care about the David Unaipon Award and the Emerging Writers Award. I think that’s because those are new writers to the field.

“It’s not like they are competing in the field of Anna Funder, who has obviously been the big winner this year in terms of awards in Australia — and she’s very deserving of the awards she’s got — but for me, someone who is not a name and whose has just written a manuscript and put it in the first time [should receive a cash prize],” said Kneen. “There is the prize of getting published, which is the ultimate prize for any emerging writer, but publication usually comes with a little bit of an advance … and we’d like to cover the cost of that.”

The morning after winning this year’s Miles Franklin for her novel All That I Am, Funder slammed Newman for abolishing the awards to save $245,000. “I don’t really think they are the Premier’s to scrap. It’s the people’s money and the people want to have this recognition of the writers who reflect their world back to them,” said Funder.

“I have spent my professional life studying totalitarian regimes and the brave people who speak out against them,” Funder told ABC Radio. “And the first thing that someone with dictatorial inclinations does is to silence the writers and the journalists.”

Earlier this month, the Copyright Agency Limited announced $20,000 to support the awards, after the QLA applied for funding. The CAL money will be used for the organisation of the award ceremony in September, including flights for nominees from interstate (if required), accommodation and even the costs of providing a statuette to winners. Committee members Stuart Glover and Matthew Condon are busy working on sponsorship strategies to deal with long-term funding plans for the awards and the QLA is currently being registered as a not-for-profit association. 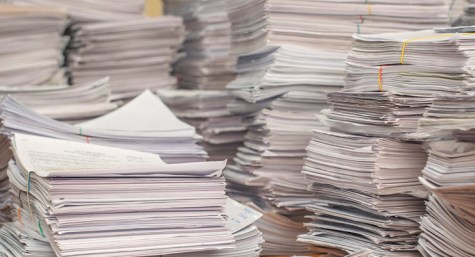 Is it just me, or has the removal of Government funding actually given the Queensland Literary Awards a much higher public profile?

Does anyone else have trouble creating an account, or even signing in via FB on the Pozible site?

BTW 30 seems a lot to get a thankyou. Kickstarter typically gives you an eBook for 5 – 20 dollars.