Petrol prices are on the way down again.

Probably a foolhardy prediction. Labor to improve in the opinion polls. There. I’ve broken the habits of a lifetime and written about polling. And it’s got nothing to do with the coming of 1 July revealing to the public that Tony Abbott has been spouting nonsense about the impact of a carbon tax.

My guess is that it’s another hip pocket matter that will make people feel happier about Julia Gillard and her team. Petrol prices are on the way down again. 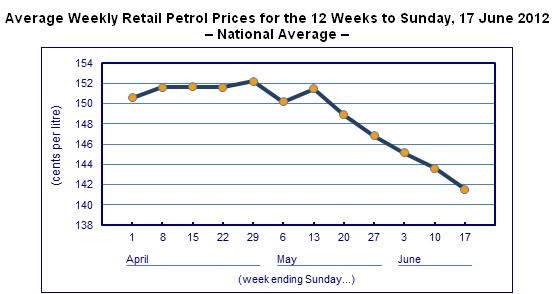 A super clarification. I confess to having difficulty in understanding how the 3% increase in superannuation contributions that the Labor government trumpets in its Stronger, Fairer, Simpler package of tax reforms has anything at all to do with the mining tax that is its centrepiece.

Hence I was grateful when a reader sent me a short radio clip from a few months ago featuring the Labor MP for Canberra Gai Brodtmann designed to explain all. Have a listen to this: 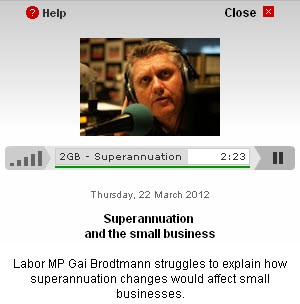 If it is now clear to you, then please explain it to me. I’ll take some convincing that this so-called benefit is an attempt at one of the greatest political cons of all time.

How Australia has grown. With figures from last year’s census now available the Australian Bureau of Statistics is releasing a statistical record of the nation that charts the growth and development of Australia’s population, society and economy over the last 100 years. Here’s a sample of what’s out today. 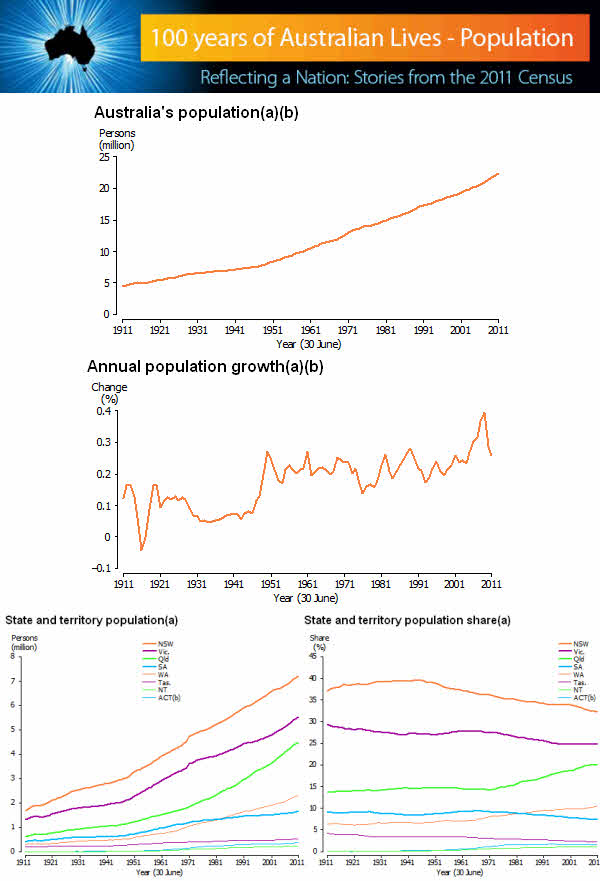 Giving a register of lobbyists some real teeth. The Irish Government is apparently about to introduce some laws that actually might give the public an insight into the political process. From the Irish Times this week: 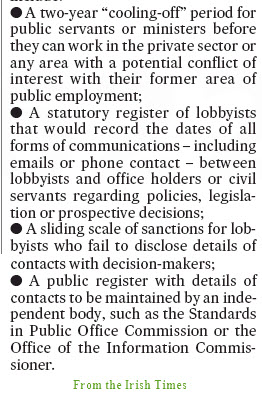 Not a record breaking year to celebrate. The UN High Commissioner for Refugees this week released its annual survey showing 2011 to have been a record year for forced displacement across borders, with more people becoming refugees than at any time since 2000. Worldwide, 42.5 million people ended 2011 either as refugees (15.2 million), internally displaced (26.4 million), or in the process of seeking asylum (895,000).

There was a glimmer of good news. Despite the high number of new refugees, the overall figure was lower than the 2010 total of 43.7 million people, due mainly to the offsetting effect of large numbers of internally displaced people (IDPs) returning home: 3.2 million, the highest rate of returns of IDPs in more than a decade.

Among refugees, and notwithstanding an increase in voluntary repatriation over 2010 levels, 2011 was the third lowest year for returns (532,000 returns) in a decade. 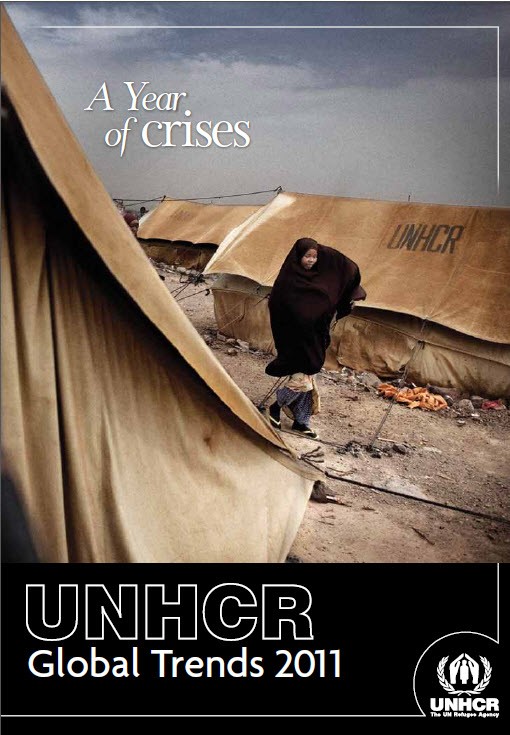 A full list of where refugees, displaced people and asylum seekers is on Crikey’s The Stump blogsite.

Australia is well down the list when it comes to housing asylum seekers – 5,242 compared, for example, with 43,942 in Greece which is struggling to survive itself.

How will Gillard deal with boat people?