Will Gina learn from Lang’s mistakes in the newspaper game?

Gina Rinehart presumably knows the story of The Independent but I wonder whether she will find the outcome any different if she gets her way in controlling the Fairfax papers?

Dad got bored, will Gina? It was great fun as a young journalist to be involved in the start-up of a new newspaper. Lang Hancock was in the early days of accumulating the family wealth but was frustrated that the growing millions from being first to spot the potential of selling iron ore to Japan did not stop Premier Sir Charles Court imposing conditions and restrictions.

Max Newton, still chafing at the indignity of being sacked as foundation editor of The Australian by Rupert Murdoch, was the crusading newsletter writer intent on tackling the protection-for-everyone philosophies of conservatives state, like Sir Charles, and federal like Jack McEwen. The pair seemed an economic rationalist dream team to start The Independent in Perth with Lang’s money and Max’s brain.

So it seemed for a while in those heady months of 1969 when Murdoch’s Sunday Times — Rupert was almost a leftie back in those days, if you can believe it — was given a run for its money. An exciting time it was for those of us on Max’s small Canberra publishing team and exciting for Messrs Hancock and his partner Peter Wright too. Having a voice in the political debate clearly made them feel better.

But as the costs kept mounting and the iron ore boom times faded a little and the politicians did not timidly submit to the power of the new press, enthusiasm waned. There was a brief final fling in 1973, after I had moved on, to turn the Sunday into a daily but that came to nothing after just a few weeks and the attempt at influence through publishing ended with an ignominious sale eventually to Murdoch in 1984 before closure a couple of years later.

Gina Rinehart presumably knows the story of The Independent but I wonder whether she will find the outcome any different if she gets her way in controlling the Fairfax papers? Somehow I doubt it.

Not waning in Spain. Spanish interest rates have hit a new high point. 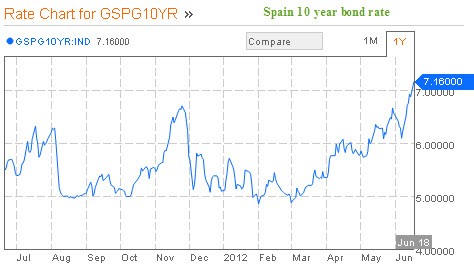 Perhaps this chart explains why investors are demanding ever greater interest rates to lend money to Spain: 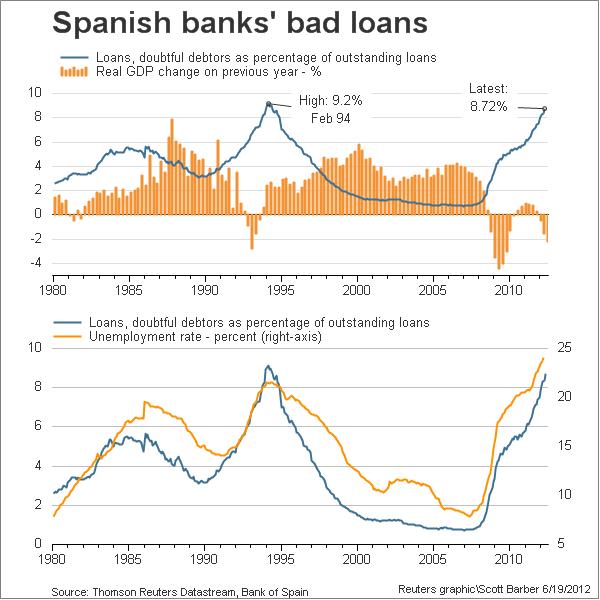 Lady Gaga: She’s only human. In my eagle eyed search for important snippets I came across this on that website of record news.com.au: 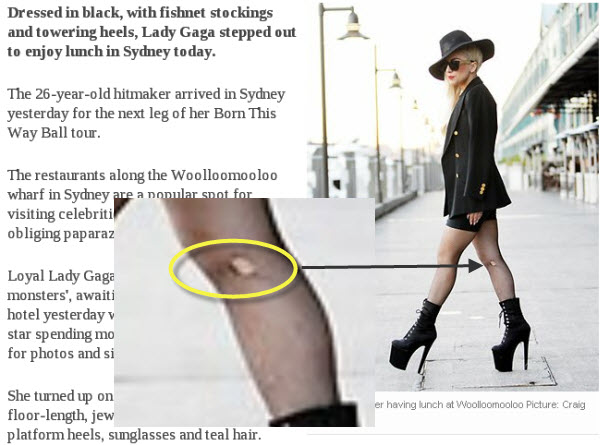 I believe Rupert can be anything to get what he wants : “Morph-dock”.

I can’t understand Gina “buying a sulky, across the road from Henry Ford’s new factory”?
Then again I’m not as rich as her either.