The challenge confronting the mainstream media is no longer about bloggers and citizen journalists, if it ever was.

This morning Fairfax gave us the views of Martin McKenzie-Murray on the future of journalism and why blogging can’t replace the sort of Woodward-and-Bernstein-style investigative journalism we all want. The issue is particularly piquant currently as Fairfax and News Limited go about sacking staff in an effort to prop up the newspaper business model for a while longer, in the hope that someone works out a new one they can move to.

McKenzie-Murray tries to elevate himself above what he describes as the turf war between seasoned journalists and bloggers, graciously allowing that both sides might have a point about each other. But he offers a series of straw men, and rather old ones, too. Most of the article is aimed at the contention that bloggers and “citizen journalists” can’t replace high-quality journalism provided by the mainstream media. No kidding — of course bloggers can’t replicate the efforts of full-time investigative reporters — they usually have day jobs of their own.

But he’s guilty of that annoying practice of not specifically identifying who has argued this contention in the first place: what figure of any credibility has ever seriously claimed we could do away with the MSM and replace it with blogs? And who has ever seriously welcomed the imminent end of the MSM? Wanting a better media is not the same as wanting to kill the existing media.

This is a variant of a problem Marshall McLuhan faced: he was regularly accused of being a spruiker for mass media and lowbrow culture, when he was merely describing what was happening, regardless of his own personal views (as a highly conservative Catholic, McLuhan in fact regarded mass media as little short of disastrous).

McKenzie-Murray’s piece is thus straight from 2008, when pyjama-class bloggers and hard-drinking hacks first began taking to social media to slag each other off, a war that continues even as we speak on Twitter, to no apparent benefit other than amusement value. And some of the examples he cites simply don’t fit. “Blogs … given to repetition and apoplexy” — well, indeed, and some of the worst are to be found at News Ltd and Fairfax. And yes, Julian Assange took the diplomatic cables to major outlets such as The Guardian and The New York Times — and then promptly wished he hadn’t, at least in those two cases, since both outlets viciously turned on him, and The Times took the remarkable step of asking the State Department to vet the cables before release.

Which brings us to a deeper problem that McKenzie-Murray ignores — for every Woodward and Bernstein exposé of Watergate, there are thousands of stories based on anonymous sources that are entirely sanctioned by governments or by figures within governments. The mainstream media, particularly in the US, in effect has become part of the government media management apparatus rather than its fiercest watchdog; the unauthorised material released by WikiLeaks is as nothing compared to the regular flow of authorised leaks out of Washington DC and, to a lesser extent, in most other political capitals. That’s why Bill Keller of The New York Times cravenly went to Foggy Bottom to vet the WikiLeaks cables, out of fear he’d disrupt access to the authorised leaks that are the staple of The Times‘ reportage.

Nor does the piece address another key problem faced by the MSM. It’s not just its business model that is under threat, but its credibility and authority. Polls keep showing that commercial media simply aren’t trusted like they used to be even two years ago, compared to the publicly funded national broadcasters. Just this week we learnt that newspapers are trusted by just 26% of voters. Maybe this is a temporary fall inflicted by phone hacking (some such as The Guardian’s Simon Jenkins in fact blamed phone hacking on the internet itself).

Or maybe it’s a more systemic problem for, particularly, newspapers, which have the bizarre problem that the people who use them the most — older Australians — trust them the least, and particularly for those newspapers that appear to see their future in campaigning journalism and partisanship, like our least-trusted metro title, The Daily Telegraph.

Moreover, it pays (although, perhaps not very well) to remember that users don’t just want one type of expensive content. In addition to investigative journalism that meets the traditional criteria of being stuff powerful people don’t want you to know, they do want commentary — that’s why there’s now so much of it not just out in the blogosphere but in the MSM itself. They also want analysis that acts as a filter for the unimaginable amount of information that is now publicly available but needs not merely to be accessed but made sense of. They want real-time coverage of events, something the MSM runs a poor second to social media on. And they want the opportunity to discuss it with the authors and with other users, discussion that will vary, rather like people themselves do, from thoughtful, intelligent and original opinions to bile and stupidity.

To return to the McLuhan problem, McKenzie-Murray makes the error of describing what he thinks should be, rather than what is. The newspaper business model is not merely breaking down, it is being subsumed within a vast conversation being conducted by the people who used to be the media’s customers. The hub-and-spoke media model is vanishing ever more quickly into a vast spaghetti diagram of interconnected users, along with the revenues it used to generate.

There’s plenty of railing at this process, but not a lot of effort to understand it, to work out what the implications of a super-connected community are for all content industries, not just newspapers, which provide just one variety of expensive content. Only when companies fully understand connectedness do they start to understand how to use it as a business model. Apple, Google and Amazon have done it, even in content. But at the moment local MSM companies look like they’re too busy dying to work out how to live. 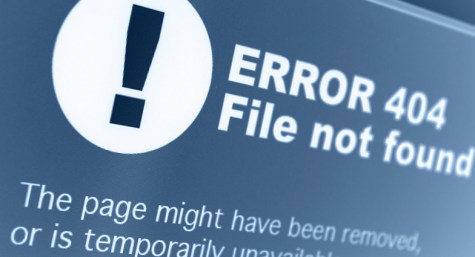 Is there any benefit in partisan media? 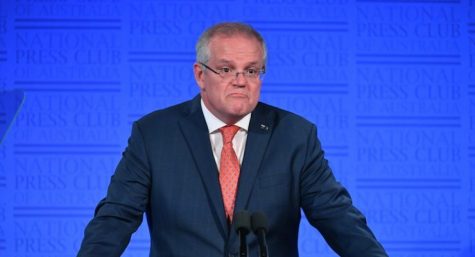 How the 96-hour news cycle has changed journalism forever

As long as the MSM prints lazy garbage, devoid of analysis or originality then you can be damned sure not many people are going to pay for it. Personally i think an interesting experiment would be to get some of the better Australian bloggers together on the same page (ie Cowgill, Grog’s Gamut, Peter Elder, Quiggin, Troppo etc etc) and run a system like a lot of bands do nowadays where people are asked to choose an amount of money to pay each month in order to subscribe.

I’d be interested to see what sort of revenue a project like that could generate. Crikey is obviously the closest Australian equivalent but you guys have a broader/more traditional focus.

Look how modern journalism has replaced the Woodward-and-Bernstein investigative style?

Didn’t Thomas Carlyle, eminent Vctorian historical novelist, who coined the terms “fourth estate”, “men in black”, “for love or money” etc, describe a “thousand editors” arising during the
French Revolution, also the title of his book?
Relevant enough to read if you simply relace editor with blogger, And a thousand bloggers arise!
No? Too boring?Back to your wallows you ignorant swine! Oops, I forgot, swine don’t have meaningful intellectual exchanges. My mistake.

Despite their protestations the mainstream media do not deliver investigative journalism but that is not the only reason people are turning away in droves and seeking out alternatives on the internet. Of course there is a huge amount of rubbish and disinformation on the net although the same is certainly true of the msm in its various forms.

One major reason people are seeking alternatives is that the msm have singularly failed to provide their readership with a genuine variety of opinion. Look at the coverage of the invasion of Iraq for example. The msm for the most part sang from the US song sheet and we were fed reams of rubbish about Saddam’s weapons of mass destruction. Ditto for the events of 11 September 2001 where the tiresome fantasies of the official conspiracy theory are trotted out again and again with no recognition of the manifold contradictions, impossibilities facts that have emerged since then.

The process was repeated with Libya and now Syria and Iran. There is always a common element. The current propaganda always works to the benefit of the financial-military-industrial-intelligence complexes that make the real decisions in the US and here. It is with a total absence of surprise that one notes that the major media outlets in the US are owned by the same companies that deal in the weapons of mass destruction and perpetual war.

Glenn Greenwald of Salon.com is one blogger who has detailed the destruction of the legal based framework of what used to be a democratic US. Don’t expect to see him quoted in our msm any time soon, but less his arguments debated or discussed.

I for one will not be sorry to see the back of much of the msm.

These days (in a Murdochracy), what’s the difference between a journo and a blogger – one gets paid to see the world through their prejudices and write about it?