Too much air-time too often for leaders

I heard an interesting observation on US National Public Radio at the weekend about the negative impact on the presidential image of the president being seen and heard talking too much.

Too much talking does not help. I heard an interesting observation on US National Public Radio at the weekend about the negative impact on the presidential image of the president being seen and heard talking too much.

The comment came up in the context of a discussion about how few of Barack Obama’s Cabinet ministers — with Hillary Clinton being the clear exception — were regular participants in the public political debate. A consequence was that Obama himself found it necessary to be the administration’s spokesperson on virtually every subject. And the more he appeared the less popular he became with many people.

Perhaps Julia Gillard should note the possibility. With her popularity ratings horribly low perhaps a period of virtual absence from the airwaves would be helpful.

No polls leads to different coverage. Greek law prohibiting the publication of opinion polls in the final weeks of an election campaign certainly produces a different kind of election coverage. Instead of a concentration on who appears to be winning and losing, the media actually reports things that are happening — like a b it of biff on a television talk show — and being said by candidates. It’s certainly an interesting change.

Not that the absence of opinion polls affects the preparation of our Crikey Greek election indicator. The markets go on without them although I do wonder what that actually will do to the wisdom of crowds. 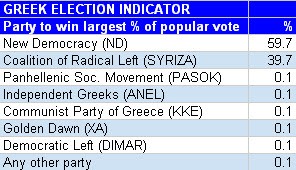 Giving aid to Spanish banks. So in the face of Spanish unemployment at 24% the European Union manages to find 100 billion Euros to prop up banks. Perhaps the public, rather than the money market, reaction is best summarised in this Kathimerini cartoon: 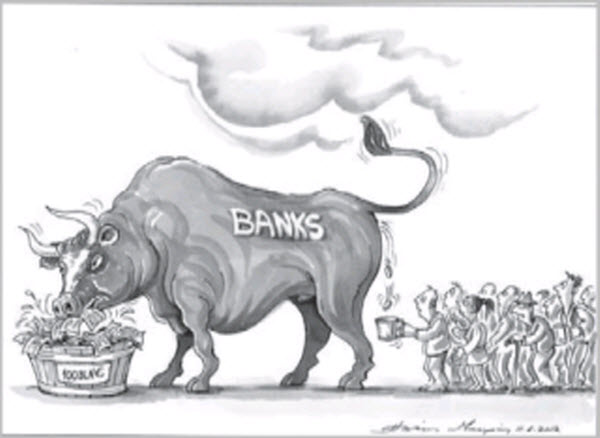 Australia an expensive place to live. Well it is for international corporate executives anyhow. A survey by human resource consultants Mercer shows that Australian cities continue to rank high on the list in the Asia Pacific region and, following the strengthening of the Australian dollar, have all experienced further jumps up the global list since last year.

In New Zealand, both Auckland (56) and Wellington (74) both jumped a very significant 62 places. 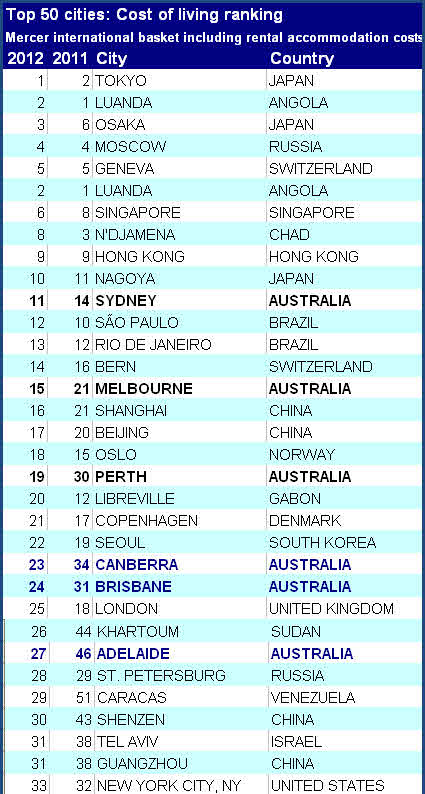 With the notable exception of Australia where the strangest (mad as a cut
snake) opposition leader in the nation’s history runs away from air time
opportunities. Very strange. Imagine the world reaction when the newly
elected PM’s family gathers for the “inauguration” and people ask which of the two duaghters described her father as a “Gay, lame, churchie loser”. Very Strange, well it’s a strange
country isn’t it, kangaroos and all that. can’t really expectmuch more can you?

I think I’ll give Luanda, Angola a miss.