Deep in the heart of Texas with the Business Council

A new BCA report on poor productivity in Australia appears to be aimed at increasing the use of immigrant labour. It is, as John Cleese might say, "wafer thin".

I’ve seen some bad reports in my time, let there be no doubt. Minerals Council reports demonstrating that the world will end when a mining tax starts. “Independent modelling” showing with mathematical precision how a carbon price will obliterate entire industries. Copyright industry reports calculating that filesharing causes more economic damage than the entire gross world product.

The Business Council’s Pipelines or Pipedream (see what they did there?) report released yesterday isn’t the dumbest you’ll ever see. Nor the most biased. But it’s easily the most transparent. It is, as John Cleese might say, “wafer thin”.

To summarise: there is $960 billion worth of investment coming into Australia and it might all be endangered by high costs, low productivity and government-induced uncertainty unless we embrace what the BCA recommends — deregulating industrial relations to improve productivity, spend more taxpayer money building infrastructure for private companies and training more people to build stuff, and cut corporate taxes while raising taxes on consumption.

Those recommendations, as keen-eyed observers will spot, bear a strong resemblance to every other BCA recommendation for the past decade, but that’s a coincidence we’ll pass over. Indeed, in the interests of brevity, there is much passing over of this report to be done. It’ll feel like biblical Egypt by the time we’ve finished.

For example, let’s not dwell on how the $960 billion figure, conjured up by the best independent economists money can buy, Access Economics, is fictitious, lumps in government and private investment together and includes, on no basis whatsoever, a $60 billion high-speed rail project. Let us skip how more than a third of the money is for projects under construction now, so is hardly “under threat”. And let us ignore the BCA claim about low productivity issued the same day the ABS produced evidence of a significant lift in productivity. Emma Alberici did a wonderful job torturing Jennifer Westacott of the BCA on Lateline last night on these points. We must also pass over the point that the mining industry keeps complaining about labour and supply costs when its massive demand for labour and supply is driving those exact costs up.

The real issue for the BCA is cost and productivity. We’ve been hearing for months from business about how Australia is “an expensive place to do business”. Australian projects, the BCA avers, cost more to build and its construction sector has lower productivity than the United States.

On what basis? The BCA commissioned a US firm called Independent Project Analysis (actually, consultant Rob Young) to provide an eight-page analysis. Young had undertaken a comparison of what he believed were very similar construction projects in the Gulf Coast area of the US (Texas, Florida, Louisiana, Mississippi, Alabama) and Australia in 2003, and concluded that Australia was much more expensive. Back then, the same projects took 1.3 times longer in Australia than in the US.

But wait, the basis of the BCA’s  claim is nearly 10 years old? Well not quite, because Young has “updated” the 2003 study, not by doing more recent comparisons but by talking to some clients:

“The Australian productivity adjustment factor has recently been increased to 1.35 based on feedback from clients that productivity in Australia is declining due to the dilution of construction skills, more onerous construction management processes, higher turnover, and other factors that are not as prevalent in the US.”

But when you go into Young’s explanations for the 1.35 figure, things get murky. It turns out much of the difference is due, unsurprisingly, to exchange rates.

“If we adjust for factors such as currency exchange rates and price escalation that are outside the project team’s control, the performance of Australian industrial projects varies from being equal to the world’s best for some of the recent small, sustaining capital projects to being amongst the most expensive.”

That only gets a passing mention in the BCA’s study.

But here’s the interesting thing: why is Young and the BCA comparing Australia to places such as Texas? As it turns out, the comparison is completely inapt. Let’s focus on the Texas example, since it’s the biggest of the Gulf Coast states. Texas has 25 million people in an area less than a tenth the size of Australia. Its construction sector — currently in dire straits because of the US recession — employed 560,000 people in 2010-11. That’s more than half the entire construction industry workforce in Australia. The Texan construction industry has market opportunities and economies of scale far in excess of those of the Australian construction sector.

And what Texas also has is cheap immigrant labor. Lots of it, and much of it illegal. Texas had 1.7 million illegal immigrants in 2010 and construction is a key industry for employing them: about a third of the Texan construction workforce are immigrants, legal and illegal. This in turn means safety standards are wretched: unions are weak and fragmented and much of the workforce wants to avoid any encounters with authorities of any kind for fear of deportation.

The result? The construction sector to which Young compares Australia is a slaughterhouse. It’s cheap expendable immigrant labour. In 2010, there were 89 deaths in the industry in Texas, or just under 16 fatalities per 100,000 employees. That compares to a national construction industry figure for the United States of 9.8 fatalities per 100,000 employees (over in Florida, the next biggest Gulf Coast state where the industry has now shrunk to about 308,000 people, the fatalities figure in 2010 was a little over 10).

So, yes, a dangerous construction sector run on illegal immigrants and America’s underclass of working poor inevitably will be cheaper than our own.

Is a Texas-style industry what the Business Council wants? The council is all for a big expansion in immigrant labour — indeed, removing impediments to temporary migration is one of the report recommendations. The construction industry has long had a problem with the exploitation of foreign workers via sham contracting, with attendant safety problems as well as loss of tax revenue.

This is the flipside of the debate over immigrant workers. Employer groups are quick to level the charge of xenophobia at unions, and there’s no doubt unions are speaking up to protect the interests of their members. But the record of the construction industry shows that some employers will exploit foreign labour.

And if that’s not the BCA’s agenda, then why is it making the comparison?

Frydenberg mouths off on industrial relations, gets everything wrong 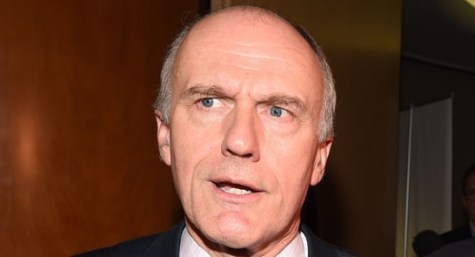 Does construction need a watchdog with security agency powers?

Well done Bernard, this is why I subscribe to crikey

Great takedown Bernard. Does anyone on planet earth actually take Access Economics seriously any more. Their ‘reports’ are just laughable publicity flyers for whoever is paying the bill.

Also, Emma Alberici- wow, just wow. A journalist who actually researches facts and statistics, and doesn’t take any of Jennifer’s rubbish. Amazing job, unfortunately very rare for Australian journalists to ever do this.

Great article – On a sort of related point my brother used to work in the Bass strait oil fields for Hallyburton, the used to get safety reports through from Hallyburton worldwide and shock horror the Gulf of Mexico was always the worst for the same reason outlined here.

I also wonder how loud the screaming from the minerals councila and the BCA would be if the economy was actuall y even close to the perilous state they suggest.