AIBM on News deal brink. Online finance journalism publisher Australian Independent Business Media is edging ever closer to sealing a takeover deal with Kim Williams’ News Limited. AIBM chairman Alan Kohler declined to comment this morning other than to say the tie-up was yet to be done and dusted. However, he confirmed one element of an Australian Financial Review gossip item reporting his presence at News’ Holt Street headquarters on Monday.

Crikey understands that the play, said to value AIBM at about $30 million, is not quite complete but there is a good prospect of a formal announcement later in the week. Investment banker John Wylie is running the negotiations for Kohler and AIBM’s other shareholders, that include himself, Mark Carnegie and the chairman of Crikey publisher Private Media, Eric Beecher.

This morning The Fin claimed Kohler would have to quit his high-profile ABC national TV gig if he became a Murdoch employee. However, for more than half of his time on the ABC Kohler was employed at Fairfax, suggesting Aunty would struggle to justify his departure. News, however, might push for Kohler to instead front a Sky News show — as it has done with most of its talent stable that once used to contribute to the national broadcaster. Crikey first reported News’ abiding interest in AIBM last month when the company rejected a low-ball offer for 75% of the business from the ailing Fairfax Media. — Andrew Crook

Vox pop of the day. How did today’s Daily Telegraph get all these respondents to use “bounce in my step” in their responses? Remarkable.

Front page of the day. Barbara Walters, matriarch of American broadcast journalism and ABC News contributor, has come under fire for attempting to aid an aide to Syrian dictator Bashir Al-Assad. So who else but the New York Post to formulate a witty headline and plaster it all over its front page? 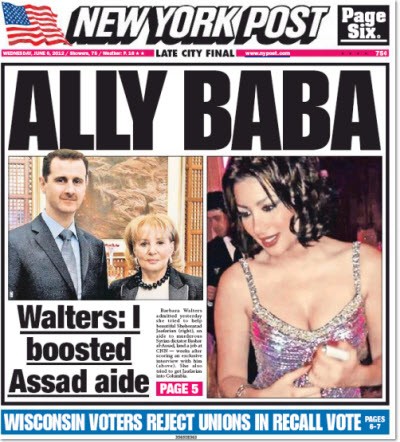 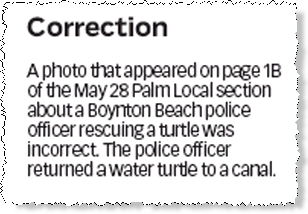 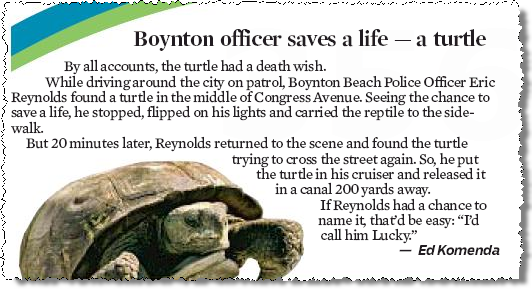 The original article featuring the wrong species of turtle 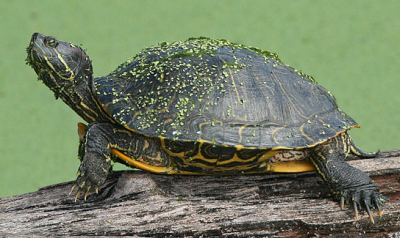 “The Four Corners story screened on Monday night that concluded in the underground car park of a Canberra shopping mall confronting a notorious people smuggler began a year earlier with a rumour about a missing boat of asylum seekers. ” — The Australian

“The Fairfax board should have the right to change the editorial direction of the company’s newspapers if it would increase profit, one of Gina Rinehart’s closest advisers has said.” — The Age

“A Norwegian website has reported that 6.5 million encrypted LinkedIn passwords have been hacked and exploited, and LinkedIn users should immediately change their passwords.” — Social Times

“A lively national internet freedom movement has grown rapidly across India since the beginning of this year. The most colourful highlight so far was a seven-day Gandhian hunger strike, otherwise known as a ‘freedom fast’.” — Foreign Policy

“Mumbrella editor-in-chief and founder Tim Burrowes reveals how the influential website grew from an afterthought into a business.” — SmartCompany

“Increase profit” – what’s Gina going to do, buy a semi load of papers a day to prove her point?
It could turn current readers off too? So she’ll have to but a “ship load” herself?

I’m not sure why people think being a successful miner automatically means you’ll be a successful newspaper owner. It’s a completely different industry. Do we also think Murdoch would make a good miner? It just doesn’t make sense.

Clearly Gina wants to control Fairfax for the same reason Murdoch sticks with his papers losing money – influence and power, pure and simple.

She’s perfectly entitled to do that, but let’s not pretend she’s interested in the business.