The employment trend is up and but for an apparent increase in the number of people encouraged to re-enter the workforce the headline unemployment number would have dropped. As it is the ABS’s trend unemployment rate  figure is still heading down. 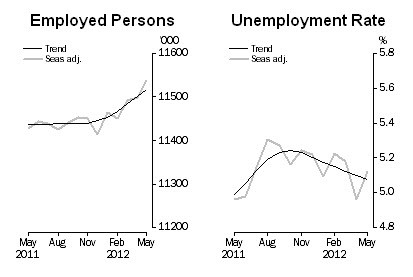 The statistician’s broadest measure of what is happening the labour force shows the underutilisation rate steady at 12.6%. 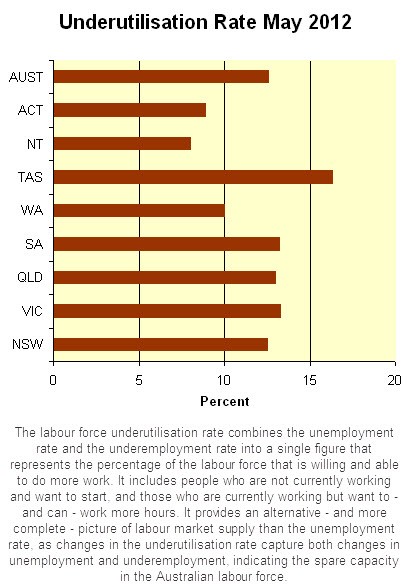 What fiscal austerity means in practice. The only hospital on the southern Aegean Greek island of Leros stopped providing food to patients yesterday as suppliers halted all deliveries due to unpaid bills.

An alternative view. As child care costs become the issue of the day in Australia, the International Herald Tribune this morning highlights the latest German approach: 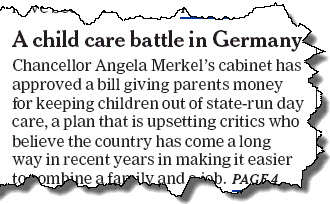 A lecture on how to write. Author Ray Bradbury, who died this week aged 91, regales his audience with stories about his life and love of writing in “Telling the Truth“, the keynote address of The Sixth Annual Writer’s Symposium by the Sea, sponsored by Point Loma Nazarene University in April 2001. 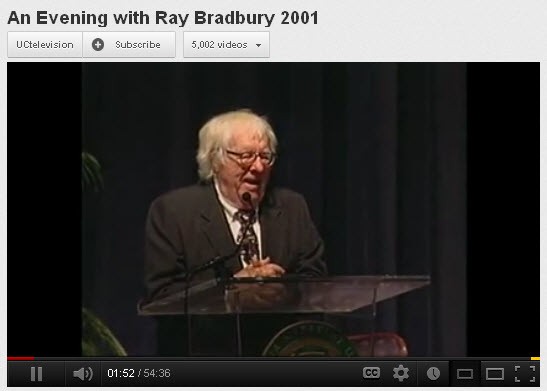 “Everyone must leave something behind when he dies, my grandfather said. A child or a book or a painting or a house or a wall built or a pair of shoes made. Or a garden planted. Something your hand touched some way so your soul has somewhere to go when you die, and when people look at that tree or that flower you planted, you’re there.

It doesn’t matter what you do, he said, so long as you change something from the way it was before you touched it into something that’s like you after you take your hands away. The difference between the man who just cuts lawns and a real gardener is in the touching, he said. The lawn-cutter might just as well not have been there at all; the gardener will be there a lifetime.”

yes indeedy good news about Ian Rankin and Rebus.
But let’s hope the same film producing/directing cretins who
destroyed the feel, characters and entire purpose of previous novels
don’t get a hold of this one for another movie/telemovie.
Stott and Hannah were woefully cast and English PC Siobhan
Clarke was deleted altogether, presumably to please a few
attention-span-less 20-something ‘men’ (ha!) whose vocabulary
extends to ‘totally’, ‘dude’ and ‘like’
Where was the tension, the interplay, ask I?