The gross domestic product figures out tomorrow seem bound to show an economy growing only modestly.

Only modest growth. The gross domestic product figures out tomorrow seem bound to show an economy growing only modestly.

This morning’s balance payments numbers from the Australian Bureau of Statistics will see to that with the ABS calculating that the rise in the net goods and services deficit of $1,816m (14%) to $14,635m in the March quarter expected to detract 0.5 percentage points from growth in the March quarter GDP volume measure. 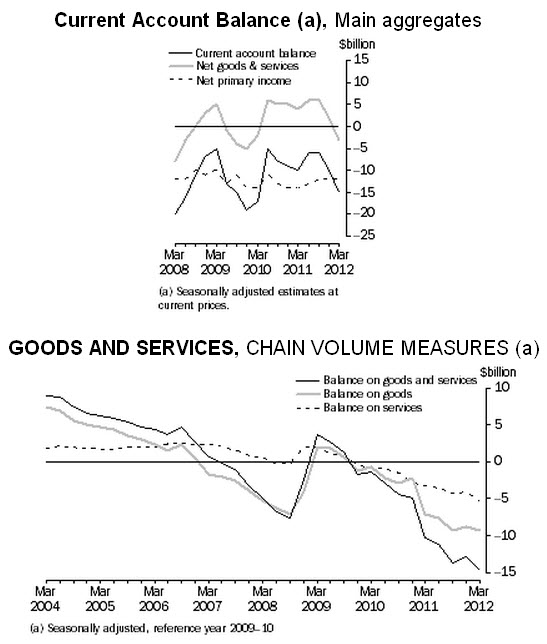 Hardly a vote winner. Telling the people that you don’t care what they think is hardly going to be a vote winner at the next election but it is what Labor is committing itself to over its carbon tax.

Climate Change Minister Greg Combet has now reiterated Prime Minister Julia Gillard’s promise to block in the Senate any repeal effort by a future Coalition government. Not a good idea that demonstrates a very perverse view of democracy.

Now some good news. The Aussie dollar may be falling in dollar but crude oil prices are falling even faster which is sure to be pleasing for consumers. 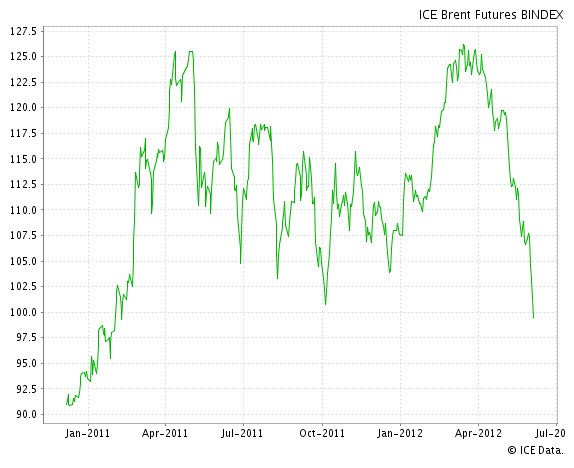 “At the moment I’d suggest that everyone has got default war on their brains. They’re looking at how to arm, how to continue fighting. When you have war, you don’t have women’s rights, you don’t have human rights, you don’t have rule of law, democracy’s out of the window. And for that to be all that the international powers offer as they pack their bags and go home, I think it’s defeat.”

— Kate Clark of the Afghan Analysts Network gives a verdict on intervention in Afghanistan on the ABC’s 7.30

Whose perverse view of democracy?

I don’t follow Farmer’s reasoning. Is it that the opposition should never vote against a policy that the governing party took to the election? Should Wilke and Xenophon give up their campaign to restrict gambling because it was supported by neither of the big parties?

Surely parties should seek to persuade the electorate, to change minds, as Calwell’s Labor did on the Vietnam war, tho he lost the 1966 election on it.

When a job needs to be done it is up to the government, of any persuasion, to make sure that it is done and done well.

I might not give a flying fig what the rest of the world is or is not going to do about climate change, but I do care about this world’s climate and energy future and I am dead sure that governments are the only organisations apart from undemocratic unelected multinational corporations that have a chance to set the rules.

If Farmer thinks that the results of a single election somehow constitutes an inviolate pronouncement on a broad range of policies which binds the populace to silence for three years, then he is either dumb or dumber.

Besides which, in an era where the alternative government has precisely no, zip, zero policies of any kind, the idea of a mandate is somewhat hollow, no?

My idea of a mandate is that it starts and finishes with granting the right to make mistakes to the winning team and the right to call from the sideline to the losing team. Nothing more.

Yep, as I thought. Could be the fig.