The petrol and polling paradox

I've noted before the importance of petrol prices when it comes to what the opinion polls reflect as public support for the federal government and it is certainly apparent over the last couple of months.

Is it the petrol, stupid? I’ve noted before the importance of petrol prices when it comes to what the opinion polls reflect as public support for the federal government and it is certainly apparent over the last couple of months. Here are recent retail prices and Labor’s two party preferred share of the vote: 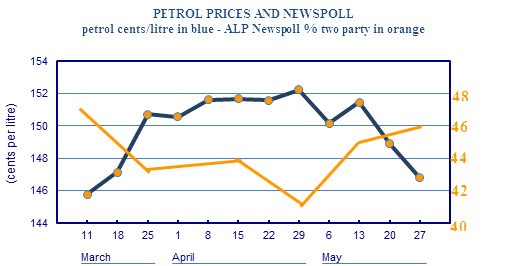 Petrol up: Labor down. Petrol down: Labor up.

Meanwhile, back with the psychiatrists … In Australia the political town planners are considering the merits of basing redevelopment in Brisbane and Sydney on new bigger, better and brighter casinos. Two of the tabloids led their news coverage with the subject this morning. 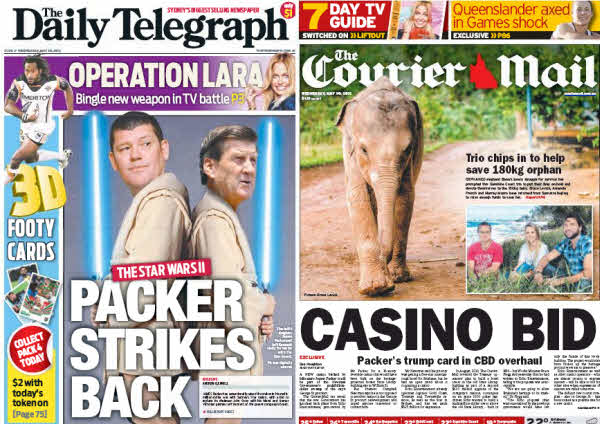 And over in the United States the American Psychiatric Association is considering a change in guidelines for psychiatric diagnoses that would add problem gambling as an addictive disorder.

Proposed revisions to the diagnostic manual that spells out criteria for mental disorders would add “gambling disorder” to alcohol and drug problems as a “substance use and addictive disorder” that insurers and others would use to make decisions about treatment and coverage. The APA is seeking public comment on this addition to its Diagnostic and Statistical Manual of Mental Disorders, (or DSM-5):

A. Persistent and recurrent maladaptive gambling behavior as indicated by five (or more) of the following:

2. needs to gamble with increasing amounts of money in order to achieve the desired excitement

3. has repeated unsuccessful efforts to control, cut back, or stop gambling

4. is restless or irritable when attempting to cut down or stop gambling

5. gambles as a way of escaping from problems or of relieving a dysphoric mood (e.g., feelings of helplessness, guilt, anxiety, depression)

6. after losing money gambling, often returns another day to get even (“chasing” one’s losses)

7. lies to family members, therapist, or others to conceal the extent of involvement with gambling

8. has committed illegal acts such as forgery, fraud theft, or embezzlement to finance gambling

9. has jeopardized or lost a significant relationship, job, or educational or career opportunity because of gambling

10. relies on other to provide money to relieve a desperate financial situation caused by gambling

B. The gambling behavior is not better accounted for by a Manic Episode.

Evidence of group think. It’s a common enough complaint. Those dreaded climate change skeptics just don’t understand the science behind it. If people were more science literate then the politics of getting something done to stop global warming would be so much easier.

If only it were so then education could provide the salvation but it seems it is not so at all. At Yale University in the US they have tested this hypothesis that attributes political controversy over climate change to the public’s limited ability to comprehend science. And they found that as members of the public become more science literate and numerate, individuals belonging to opposing cultural groups become even more divided on the risks that climate change poses. 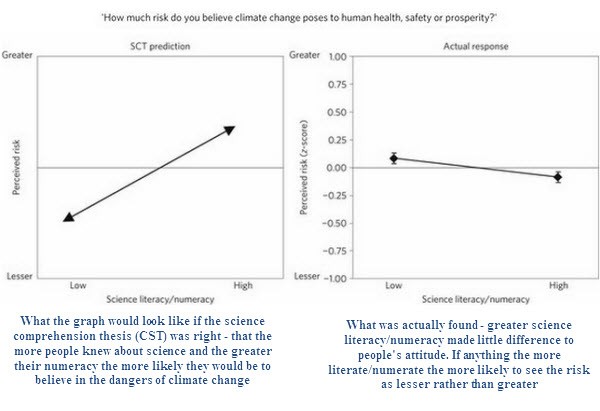 Kahan said that the study supports no inferences about the reasoning of scientific experts in climate change.

“What this study shows is that people with high science and math comprehension can think their way to conclusions that are better for them as individuals but are not necessarily better for society.”

So what does it mean? Well according to Kaplan the study suggests the need for science communication strategies that reflect a more sophisticated understanding of cultural values.

“More information can help solve the climate change conflict,” Kahan said, “but that information has to do more than communicate the scientific evidence. It also has to create a climate of deliberations in which no group perceives that accepting any piece of evidence is akin to betrayal of their cultural group.”

A chance to share your group’s values. The summer is shaping up as another low sea ice one in the Arctic. 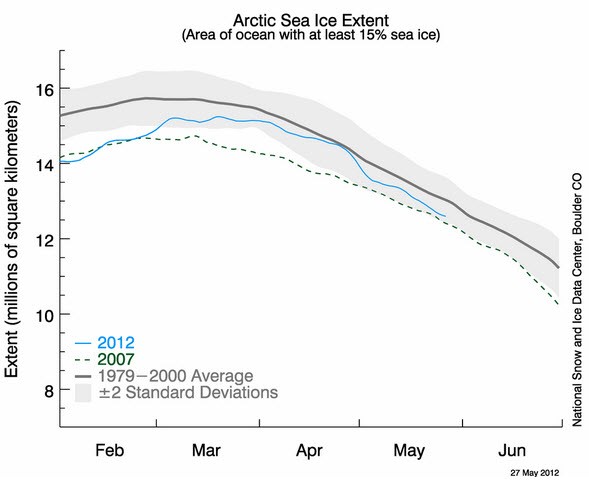 What’s in a word? They have censored Mickey Mouse no less! He dared to use the “H” word. 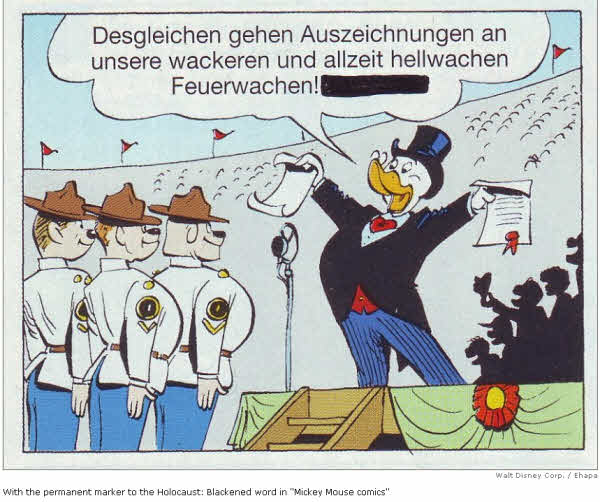 Quite a long time ago actually but they’ve just reissued it in Germny. 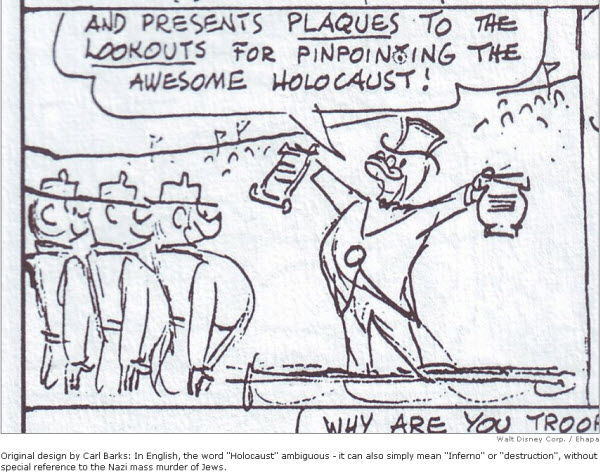 Old times sake as Kevin makes a comeback. How wonderful it was to see that famous breakfast television duo reunited in happy harmony during a recent parliamentary adjournment debate. Cuddly Joe Hockey had just finished giving thanks to his old friend for funding the survival of an old naval base in North Sydney as a public park when Prime Minister when KRudd himself took to his feet to remind us that was not all he spent the taxpayer’s money on. Here’s an extract:

“Our school modernisation program has invested some $16.2 billion across 23½ thousand projects in our country, Australia. This is the largest school modernisation program in our country’s history. It was a large part of the reason that Australia was able to remain recession free during the global financial crisis — a feat unique among the major advanced economies. I shudder to think of what would have happened had Australia fallen into recession at the time of the global financial crisis and shudder to think of the hundreds of thousands of Australian households which would have been left without a breadwinner as I remember the challenges of the GFC and look carefully at developments in Greece and elsewhere in Europe as they bear down on the global economy, which includes Australia.”

Just a little reminder for his colleagues in these troubled times.

A quote of the day.

“As you enter positions of trust and power, dream a little before you think.”

— Toni Morrison, American novelist who overnight was awarded the Medal of Freedom by US President Barack Obama

That would be Donald Duck, not Mickey Mouse. The beak and lack of ears are a dead giveaway.

As for increasing scientific literacy decreasing the perceived risk, Occam’s Razor would say that perhaps people that know more about it do know better.

Not to sound like I have a defective joy gene, but after forwarding the Donald Duck section to a Germanophile friend, he says:

“That word just wouldn’t fit there! He is praising the firemen, then finishes His sentence and exclaims something blacked out.
The censorship is more translation, unless the spirit of the original has him yelling “holocaust” in celebration. I call beat-up.”

Not to mention it looks as though the word wouldn’t fit under that stroke of permanent marker.