Vox pop of the day. Courtesy of the fiercely state-riotic NT News:

Front page of the day. The British government is ditching its plans to introduce the highly unpopular “pasty tax”, a measure that saw the British tabloids go berserk in March and that provides too much fodder for the likes of The Sun not to roll around in again: 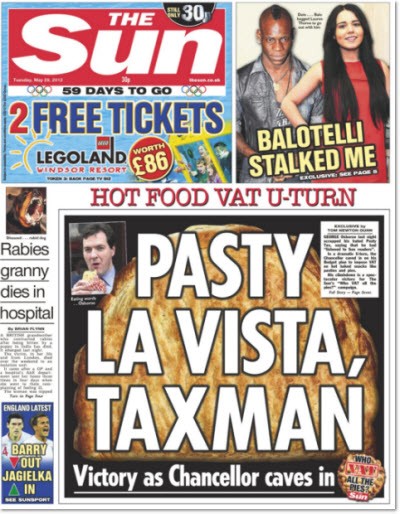 Trouble at The New York Times

“The decline of print seems to be picking up speed as Canada’s Postmedia chain announced on Monday that it is cutting production at several of its largest urban newspapers.” — GigaOM

“A week after Facebook shares made their debut, the details of what went wrong with the sale are still unclear. ” — The Washington Post