You know a story is getting serious when Sunday Herald Sun editor Damon Johnston invents an official campaign logo to fan the flames of outrage over an embattled MP.

You know a story is getting serious when Sunday Herald Sun editor Damon Johnston invents an official campaign logo to fan the flames of outrage over an embattled MP. In Victoria, the Baillieu government is hanging by a thread called Geoff Shaw, the marginal Frankston member facing allegations he rorted his entitlements to assist his private accountancy business. The high-selling tabloid has left its competitors for dead in the rush to heap pressure on Shaw, even dredging up a 1991 assault charge as evidence of his unfitness for public office.

This week Johnston shoehorned Shaw on the front page for the second week in a row under the tagline “The Shaw Crisis”. One explanation for the fervour is the likelihood the Greens’ Cathy Oke would hold the balance of power in Victoria should the Greens win the July 21 Melbourne byelection and Labor the subsequent byelection triggered by Shaw’s resignation. 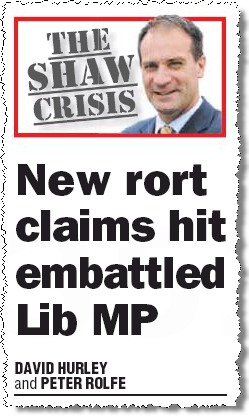 Of course, the prospect of an Oke victory in Melbourne would be seriously harmed if the Libs could convince a conservative independent — (or its own candidate if they decided to run) — to direct preferences away from the Greens and towards the ALP’s Jennifer Kanis. A Labor win in Frankston would then leave the lower house deadlocked at 44-44 and impel fresh elections in Victoria well in advance of 2014. Big stakes indeed. — Andrew Crook

The Power Index: election deciders, the tabloid editors at #9