Back to the future in Egypt: Brotherhood, Mubarak crony defy revolution 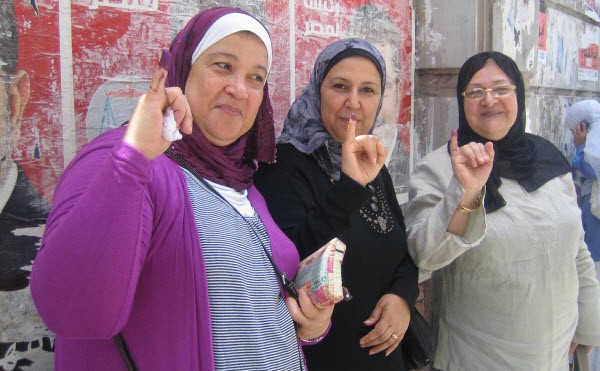 Preliminary poll results show Morsi in front with 24.9% and Shafiq close behind with 24.5%. Sabahi won 21.1%, including Cairo and Alexandria, allowing the latter to shake off its image of being the Islamist capital of Egypt.

Definitely absent from the final round of voting will be the greatest disappointments of the election: the moderate Islamic candidate Dr Abdul Fotouh, who won 17.8% and former foreign minister Amr Moussa, who trailed with 17.3%.

All the losers, including Sabahi, suffered from a lack of political organisation. In contrast, Morsi’s machine was well oiled and efficient from the outset of the campaign.

Both led the polls early on and, with Sabahi, still have power to influence the outcome, especially if they encourage their supporters to shun Shafiq.

As soon as the first round results were announced, Morsi was quick to invite other candidates, including Sabahi and Fotouh to meet him, possibly to cut a deal on support but they declined. Sabahi has also said he will not accept vice-president or any other position under Morsi.

Sabahi and Moussa have pointed to a claim by a police officer who alleged that the Ministry of Interior had assigned nearly a million votes to Shafiq. Under Egyptian law, police and army personnel are not allowed to vote and the ministry was quick to deny the allegations.

The Sabahi team had been suspicious of irregularities from the outset and its lawyer, Essam El-Islamboly, moved quickly to make this known, telling Reuters first that they would be “citing a series of irregularities … that have affected the outcome of the first round”. The group is also filing a lawsuit to suspend the election over a pending case concerning the right of Shafiq to compete in the first place.

“Even if the results of the appeals we have made are not what we expect them to be, that does not mean that Egypt did not choose a future, and choose justice,” said Sabahi. “We wait for the final results, and we hope for victory.”

But if none of the allegations can be substantiated and the two-horse race continues as planned on June 16 and 17, most votes are expected to flow to the Muslim Brotherhood, making Morsi the next Egyptian president.

Shafiq’s first round survival was the biggest surprise of the first round and has left the millions who participated in last year’s January 25 revolution shaking their heads in disbelief.

But many are also angry with the Muslim Brotherhood, for attempting to hijack the writing of Egypt’s new constitution. The Brotherhood’s refusal to openly condemn the military for its harsh treatment of protesters has also drawn widespread derision, as have Brotherhood promises to clean out government rot by investigating Mubarak-era corruption.

Indeed the prospect of a Morsi victory is just as unpalatable for some as one of Shafiq.

Overall voter turnout was low — less than 45% and may drop further in the second voting round.

“Jail or veil,” commented one voter on having to choose a Mubarak-man or conservative Islamist. “I won’t vote for either,” said another.

One cannot blame the voters but it is beyond idiocy that the progressives did not understand how such a voting system can have this outcome when they run even just two, let alone three candidates that split their vote. Wasn’t there enough international expert advice to them, for example the French to tell them this is exactly how the far-right Front National managed to get into the final round of their 2002 Presidential election?

They can get angry at the Muslim Brotherhood, and they can claim a million rigged votes but they have no one but themselves to blame for an election a single progressive candidate would have won, probably in the first round.

I doubt that I was the only person to watch the Arab Spring with cynicism.
Alas, yet again, Yeats’ words resonate “the good lack conviction, while the worst are full of passionate intensity” as the rough Beast slouches onwards, seeking to be born.