Thomson undefameable? … Reith to Go Back …

Is Craig Thomson now undefameable? What actions are available to Craig Thomson against the media he says has gone too far? And has the man’s reputation been so tarnished that he has become almost “undefameable”?

“What you’re seeing with the Herald Sun is they’re making a calculation about what you can say about someone and not get sued,” a Melbourne defamation lawyer told The Power Index. “Which is not necessarily that they’re not defameable but rather they are in such a practically untenable position that they in fact will not sue you.”

Thomson has already tried to protect his name in the past. He first initiated proceedings against Fairfax in 2009 over a series of reports that first raised the HSU allegations about ATM withdrawals and brothels. The action was settled. Defamation lawyers told The Power Index that defamation proceedings could be won by anyone, regardless of how far their reputation had been tarnished.

“[Kings Cross nightclub owner] Abe Saffron before he died sued a number of people; he sued the Gold Coast Bulletin for their crossword,” one lawyer said, referring to a Bully cryptic clue: “Sydney underworld figure, nicknamed Mr Sin (3,7).’ And furthermore we’re seeing examples every day of those we don’t think would be defameable and those would be world dictators, terrorists etc. Papers are full of defamation of foreign people.” — Tom Cowie of The Power Index (read the full story here)

Where are Go Back celebrities coming from? SBS has today revealed the line-up for its second series of the hit documentary Go Back To Where You Came From, with former Howard defence minister Peter Reith confirmed to join five other well-known Australians for the reality show. Reith is best-known for his role in the ‘children overboard’ controversy in 2001, when the federal government claimed asylum seekers had thrown their children into the sea.

He famously released pictures purporting to back up the claims. A senate inquiry later found the claims had no basis, while Reith has continually defended his actions. So while we know where Reith will be coming from when he ‘goes back’, what about the rest of SBS’s boatload of reverse refugees? — Tom Cowie of The Power Index (read the full story here) 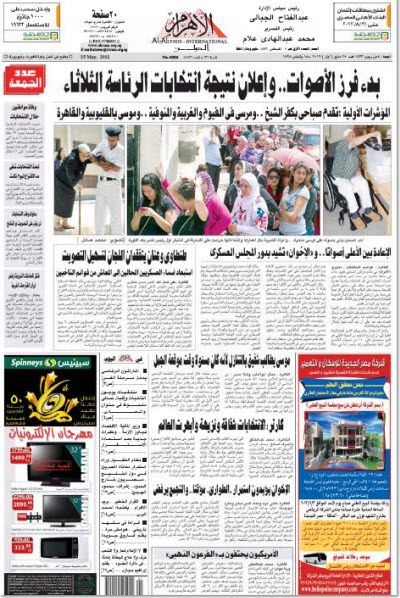 The memo that ties Hunt To Murdoch’s BSkyB bid

“If Jeremy Hunt hoped the resignation of his close aide Adam Smith would draw the sting of the scandal surrounding his handling of Rupert Murdoch’s BSkyB bid, his hopes would have been dashed by Smith’s brief appearance before the Leveson inquiry on Thursday.” — The Guardian

US newspaper is giving away guns

“To promote its ‘Guns and Gear’ vertical, The Daily Caller is giving away one gun every week until Election Day in November. That’s 25 guns total.” — FishBowlDC

How to spot a manipulated image

“Over the course of 16 years spent working in product management for Adobe, Kevin Connor often heard customers ask if there was any way to determine whether an image had been altered using Photoshop.” — Poynter

How to be defamed by a crossword…

Mamdouh Habib was rendered, tortured, demonised, hounded and harassed and still won massive defamation cases against Newsltd. and the government.

Thomson will not be charged with a thing.

What happened to the first three comments?

Interesting you say that Thomson’s suit with Fairfax was “settled” when in fact it was dropped. Been drinking the KoolAid?