Sometimes a politician tells the truth

Irish Communications Minister Pat Rabbitte put aside his prepared speech when he addressed a group of 25 businessmen in the offices of Ernst and Young in Dublin on 11 April.

Nothing Craig said mattered. If you want the proof then read this morning’s Sydney Morning Herald. The evidence is clear.

As the federal MP Craig Thomson gives his long-awaited explanation to Parliament today, he faces a demand to correct false evidence he gave during a Fair Work Australia investigation.

Lawyers for Fairfax Media, the publisher of the Herald, claim Mr Thomson misled FWA about a defamation action he dropped against the company last year.

When those allegations were investigated by FWA, Mr Thomson indicated to FWA he had settled the defamation case by accepting a settlement offer from Fairfax as ”winning would not have been great publicity either”.

He also told the workplace regulator that Fairfax had settled because he had been able to prove he wasn’t at the brothels on the dates his credit cards were used and that Fairfax had hired a handwriting expert who concluded Mr Thomson’s signature had been forged.

”The statements … made by you to FWA were false,” the publisher said in a legal letter to Mr Thomson.

”Fairfax is extremely concerned that you have deliberately misled FWA in relation to the statements made by you … and the circumstances leading to the settlement of the proceedings brought by you.”

Mr Thomson told FWA that due to confidentiality provisions he had signed with Fairfax he was unable to provide FWA with more details as to what ”influenced” Fairfax to settle the proceedings.

Mr Thomson has been notified that Fairfax consents to the lifting of any confidentiality restrictions regarding the defamation settlement to allow Mr Thomson to set the record straight.

In the face of that example I don’t care about the rights and wrongs of conspiracy theories. That which has been exposed by the SMH is enough to pass a judgment.

But sometimes a politician tells the truth. Irish Communications Minister Pat Rabbitte put aside his prepared speech when he addressed a group of 25 businessmen in the offices of Ernst and Young in Dublin on 11 April.

On the condition that his remarks not be repeated outside Mr Rabbitte proceeded to tell his luncheon guests how things actually were rather than how politicians pretended they were. But captains of industry are no more able to resist gossipping than the rest of us, hence this page one splash in yesterday’s Sunday Independent.

The Minister assures us that he flatly denies “making any of the comments as suggested.” Which leaves a fair amount of wriggle room especially as none of the 25 will want to admit in public that they cannot keep a secret.

Catching up with Dick. My boyhood hero certainly showed the way. This morning’s product review: 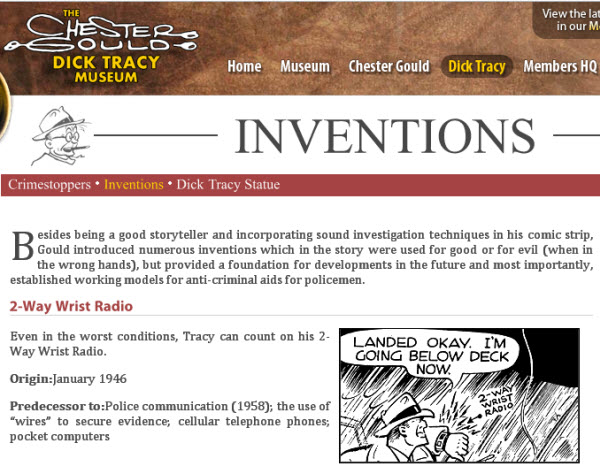 I’m unsure what the Thomson report is meant to establish. The SMH report may be ‘enough to pass a judgment’ on whether he told the truth, but he is being accused of much more than lying which, incidentally, is not a crime. Neither is it enough to warrant expulsion from Parliament, altho some may think it should be.

Is Mr Rabbitte any relation to Mr Rabbott? Certainly Mr Rabbott has no credible or coherent plan as to how to govern Australia when he attains power, apparently like the government of which Mr Rabbitte is a part.