You're an Essendon Bombers fan -- who are sitting second on the AFL ladder -- and you see on The Age website this morning the article "Five Reasons Why Essendon Can Win The Flag" and you click on it and...

The Age bombs out on Essendon. You’re an Essendon Bombers fan — a team sitting second on the AFL ladder — and you see on The Age website this morning the article “Five Reasons Why Essendon Can Win The Flag” and you click on it and …

Two papers, one city. As @mmmgently put it: “Melbourne’s two newspapers explained in one photo”: 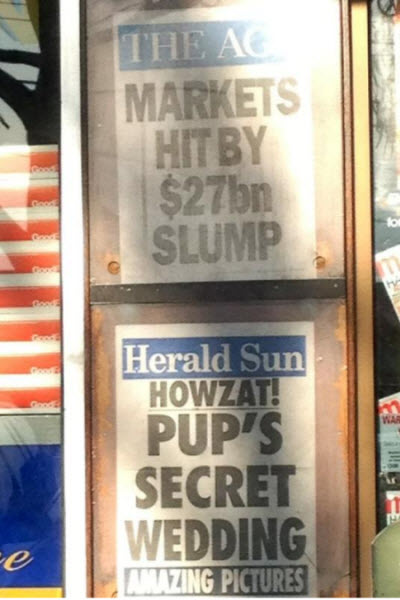 Front page of the day. As there’s not much happening in the world at the moment we’re glad that myriad News Limited papers could today find the room to place on their respective front pages that three Wiggles are retiring: 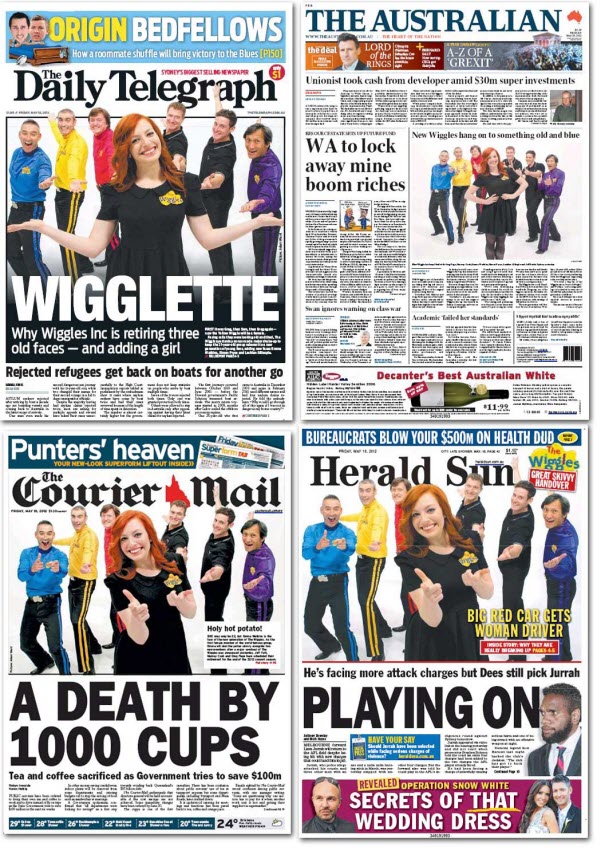 “Journalists have to face up to the fact that we — along with about 800 million Facebook users worldwide — are the product being sold.” — CNN

“Thirty years after he was forced out from his last fulltime job in British journalism, Sir Harold Evans was back on Thursday to offer his reflections on Rupert Murdoch’s 1981 takeover of the Times and Sunday Times and to recall an unhappy year editing the daily title while in constant conflict with the media mogul.” — The Guardian

“The Los Angeles Times will use a $1-million grant from the Ford Foundation to expand its coverage of key beats, including immigration and ethnic communities in Southern California, the southwest US border and the emerging economic powerhouse of Brazil.” — Los Angeles Times

“Leading figures from the worlds of media, politics, and the arts gathered to pay emotional tribute to ‘bravest of the brave’ war correspondent Marie Colvin.” — The Independent

Twice as many tweets supported gay marriage than opposed it

“The tweeting masses are on board with the cause of the moment, gay marriage, by a roughly 2.6-to-1 margin, according to a report from Pew’s Project for Excellence in Journalism.” — The Atlantic Wire

“A Chinese writer is claiming that Rupert Murdoch was behind one of the Wall Street Journal‘s more embarrassing recent corrections.” — Gawker

At least they aren’t trying “murderers” by media?

…. and “Big Brother” doesn’t interfere in the editorial policy of his papers …. meanwhile, if you’re really interested, you can read of his take on politics in “The Sun”?