Battery hens run out in Tasmania

Feeding the chooks. It has taken 20 odd years or so but one of my rare excursions into policy making has finally come to pass. Tasmania is moving to ban battery hen farming. 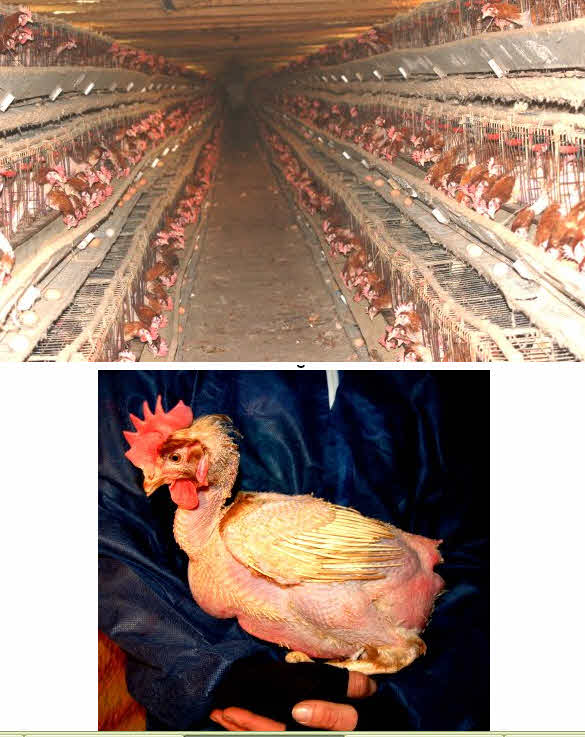 Back when I was helping state Labor leader Michael Field run his 1989 election campaign we were trying to give the party a green tinge and banning battery hens became one of our issues. Nothing actually came of it when Michael became Premier — it must have been one of those non-core promises — but the ban is happening now.

The Tasmanian Primary Industries Minister Bryan Green said yesterday the government will immediately ban any future battery hen operation and cap the existing number of pens in production. Farmers will be helped to transition away from battery hen and pig sow stalls in response to a growing consumer preference for products that are sensitive to animal welfare.

“The demand for locally produced eggs, particularly free range, is growing and the industry acknowledges this change and is eager to work with government on a transition,” said Green. “Labor and the Greens have a shared commitment to progressing this issue in partnership with industry.” 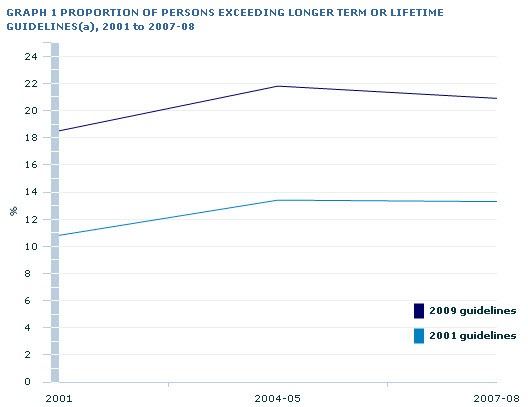 Based on the 2009 NHMRC guidelines, the proportion of people exceeding the guidelines is higher, but the trend over time is similar. In 2001, 18.5% of all persons aged 18 years or over consumed alcohol at levels exceeding the lifetime risk guidelines (more than two standard drinks, for both males and females). The proportion increased to 21.8% in 2004-05 then decreased slightly to 20.9% in 2007-08, however this decrease was not statistically significant.

This is terrific news about the phasing out of battery hen farming and pig stalls.

It appears the mainland is being left behind on this issue. Perhaps if the media published more of the shocking, but typical, photos of the condition of these pitiable creatures it would generate change faster.