Crime, drugs and prisons: a little bit of history repeating

The previous post examined some of the health implications of Victoria’s plans to build a new prison. In the article below, Dr Alex Wodak, President of the Australian Drug Law Reform Foundation, suggests that drug law reform offers a more effective and humane alternative to prison-building. ***Invest in the journalism that makes a difference. EOFY Sale. A […]

The previous post examined some of the health implications of Victoria’s plans to build a new prison.

In the article below, Dr Alex Wodak, President of the Australian Drug Law Reform Foundation, suggests that drug law reform offers a more effective and humane alternative to prison-building.

Crime and drugs: get tough or get smart?

The Victorian Government recently announced plans to allocate $670 million for a brand new prison. Many of the inmates would be there for drug-related offences. For a country founded on 18th century Britain’s failed attempt to solve serious social problems with incarceration, Australia frequently forgets the lessons of its own origins.

How many more times do we have to try to solve our serious social problems with incarceration before we accept that this does not work?

A punitive approach has been applied to drugs for decades. President Nixon declared a ‘War on Drugs’ on 17 June 1971. This may have been a lemon of a policy but it really worked a treat as a political strategy.

It should not come as a surprise that punitive approaches to drugs are so ineffective. The two major definitions of drug dependence in the world include the criterion ‘continuing consumption despite severe adverse consequences’.

So should we be surprised when someone who has already lost, due to their heavy and persistent drug use, their health, family, career, housing, and financial security continues to use drugs despite yet another savage prison sentence?

Many leading police and politicians now admit that the War on Drugs has failed comprehensively. Yet governments in many countries, including Australia, allocate 75% of expenditure in response to drugs to drug law enforcement (such as customs, police, courts and prisons). The Howard Government even branded its policy ‘Tough on Drugs’.

Identifying any benefits of drug law enforcement is difficult but the many and major harms of a punitive approach are all too obvious. The scientific debate about drug prohibition is now over although the political phase continues. Supporters of the War on Drugs are getting hard to find.

For the last few decades the global cultivation, production, number of drug users and number of different types of new drugs have all increased. Global opium production increased from over 1,000 tons in 1980 to almost 9,000 tons in 2007.

Drug prohibition is supposed to make street drugs more expensive, more impure and harder to get. But the price of street heroin and cocaine in the USA and Europe fell by more than 80% in the last 20 years.

Meanwhile the purity of street drugs increased. In 2011, 49 new types of drugs were identified in the EU, up from 24 in 2010. An official annual survey in 2011, found that 86% of drug users in Australia reported that obtaining heroin was ‘easy’ or ‘very easy’ while 70-90% said the same for cocaine, amphetamine and cannabis. The number of prisoners serving sentences for drug offences has grown, as has the cost of drug prohibition for governments, business and the community.

Not only has the global drug market grown spectacularly under prohibition, so too have deaths, disease, crime and corruption. There were only 6 heroin overdose deaths in Australia in 1964 but 1,116 in 1999. Every year for the last decade, enough young Australians to fill a jumbo jet die from a heroin overdose.

The difficulties of controlling HIV and hepatitis C among people who inject drugs were exacerbated by the War on Drugs. In many countries, adoption of effective harm reduction prevention strategies was delayed and implementation slowed because of the entrenched commitment to a War Against Drugs.

The more intensively drug law enforcement has been implemented, the more violent the drug markets and the more dangerous the street drugs. Terrible as the toll is from drug prohibition in rich countries like Australia, it is 50-100 times worse in major production or transit countries like Afghanistan, Colombia or Mexico.

There are many more drug policy options than just criminalisation or legalisation. The threshold decision required is to re-define drugs as primarily a health and social issue. Funding for health and social interventions should be raised allowing the expansion, quality, attractiveness and effectiveness of drug treatment to be substantially improved.

Governments should allocate funding to maximise their return on investment. The human rights of people who use drugs should have the same protection as other members of the community. Change in drug policy should be slow, cautious, incremental and carefully evaluated.

Cannabis, unlike most other illicit drugs, should be taxed and regulated. Packets should display warning signs, consumer information and help-seeking information. Hard-to-get but easy-to-lose licences should be required for major cultivation, wholesale and retail sale. Purchase should require proof-of-age greater than 18. Cannabis should be provided for medicinal purposes, regulated like other medicines.

Supporters of current policy face the difficulty of explaining why they support many of the 1.9 million Australians who use cannabis each year continuing to be supplied by criminals, corrupt police and outlaw motorcycle gangs.

Many changes needed to protect public health are blocked by our present entrenched commitment to drug law enforcement. Needle syringe programmes in the community need deregulation to make them more effective and less expensive.

As we cannot keep drugs out of our prisons, needle syringe programmes are needed for those who continue to inject behind bars. Medically supervised injecting centres should be established where they are most needed: close to large drug markets spilling over into neighbouring streets, parks and supermarkets. We might only need a dozen in the whole country.

Prescription heroin assisted treatment should be provided to the small minority of severely dependent heroin users who have not benefited from multiple and diverse previous treatments.

Other countries have found that this treatment is only needed for about 5% of all heroin users. One area where drug law reformers and supporters of the War on Drugs agree is that 1 kg blocks of 100% pure heroin and cocaine should never be sold at supermarket check-out counters.

There may be a case, if the results of the above are not considered adequate, for allowing the commercial sale of small quantities of low concentration selected illicit drugs. Australia has done this before. Until 1906 small quantities of edible opium were taxed, regulated and sold lawfully in Australia. Coca Cola contained cocaine until 1903.

Advocates for the War on Drugs always claim that drug use would soar if drug prohibition was ended. But drug consumption has not increased in the many countries that have already liberalised their drug policies. Minimising the lucrative profits of drug traffickers may even shrink the black market. And even if drug consumption did increase slightly, wouldn’t that be worth a substantial drop in deaths, disease, crime and corruption?

It’s time we thought through how to implement and evaluate the second option.

• This recent post links to a series of articles about a report recently released by Australia21, “The prohibition of illicit drugs is killing and criminalising our children and we are all letting it happen” (available here).

Social media a game changer in war on drugs 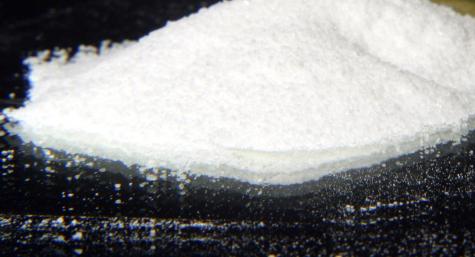