Gavin R. Putland, of Prosper Australia, writes: Tony Abbott is quite right: the carbon price “amounts to a reverse tariff” in that it taxes the carbon intensity of Australian products but not imported products.

I’ve been complaining about reverse tariffs for more than four years. Welcome aboard, Mr Abbott! What Abbott didn’t say is that the carbon tax, which will raise about $8 billion a year, will be only the fourth-biggest reverse tariff in Australia’s tax system.

The third-biggest, which raised about $18 billion in 2010-11, is payroll tax, which taxes the labour content of Australian products but not imported products. This discriminatory quality strengthens the claim that payroll tax, in so far as it applies to labour embodied in goods, is an unconstitutional duty of excise.

The second-biggest, which raised something like $54 billion in 2010-11, is the payroll tax masquerading as the superannuation guarantee. A federally mandated, employer-funded 9% super contribution is equivalent to a federally funded 9% contribution paid for by a 9% federal payroll tax. Doubling the GST, though I don’t recommend it, would be a far more sensible way to pay for super, because the GST is “border-adjusted” (taxing imports while sparing exports) but otherwise affects prices in much the same way as a payroll tax.

State payroll taxes and the federal super guarantee are patently worse than the carbon tax, not only because they raise more revenue, but also because they tax something desirable (jobs) rather than something undesirable (pollution).

In other words, it amounts to a value-added tax without border-adjustment. If it were called a “VAT” or “GST” without border-adjustment, it would not pass the laugh test in any developed country. But separate the value added by labour (wages) from the value added by capital (profit), tax them separately, shoot them full of loopholes, rebrand the whole sordid mess as “income tax”, and you get the mainstay of the tax system in almost every developed country. It’s one of the great con jobs of the past 100 years.

Hence, I am pleased that the carbon price will at least raise the personal income-tax threshold, allowing employers to offer useful amounts of part-time work without having to withhold personal income tax (or any part of the low-income tax offset).

I confess that I will be more pleased if the carbon price is converted to a simple tax before it creates any private property rights. We discourage smoking and drinking by taxing tobacco and liquor, and I fail to see why pollution should be treated any differently. We didn’t create tradable rights to smoke or drink, and I fail to see why we should create tradable rights to pollute.

But those who are concerned about reverse tariffs should have bigger fish to fry.

Kevin Bonham writes: Re. “Minister’s Tarkine decision a threat to Tassie devil” (yesterday, item 14).  In their article on mining proposals in the Tarkine as a supposed threat to Tasmanian devils, Deb Wilkinson and Andrew Macintosh refer to “the fact that the Tarkine is the last remaining stronghold of disease-free devils.” Actually, no matter how many times that mantra is repeated, it isn’t fact.

First, large areas of western Tasmania outside the Tarkine — and not just wilderness areas that are seldom visited — are currently free of any known records of Devil facial tumour-diseased devils. While this does not prove there are no diseased devils in such areas,  it is even more doubtful whether devils in the Tarkine are in fact all disease-free. For instance, in February a CODE Green video purportedly showing a diseased devil “near a proposed mine site in the Tarkine” was released by Senator Milne.

Surely if a movement has been using the area’s disease-free status as an argument for its protection, and evidence appears that that argument is possibly false, then it is time for that movement to admit that the case for protecting the area based on the devil is weakened.

Not so for Senator Milne, who was happy to switch from arguing that the absence of disease justified protecting the area to arguing that the presence of disease justified protecting the area. And indeed, such instrumental uses of the Tasmanian devil as a trump card to attempt to achieve political goals, completely irrespective of the facts, have been rife ever since it was listed as threatened.

Henry Review: What about the land tax that Henry proposed? 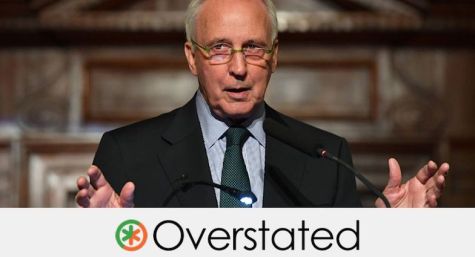 Not quite revolution, but Henry has provided a long-term reform blueprint