These two ABC 24 presenters are embroiled in controversy after claiming on Monday morning that car “doorings” of cyclists aren’t always solely the driver’s fault – they reckon sometimes the cyclist is at fault too. Many cyclists are outraged. The video even turned up on the popular international site Bike Snob NYC where it was eviscerated […]

These two ABC 24 presenters are embroiled in controversy after claiming on Monday morning that car “doorings” of cyclists aren’t always solely the driver’s fault – they reckon sometimes the cyclist is at fault too.

Many cyclists are outraged. The video even turned up on the popular international site Bike Snob NYC where it was eviscerated by the host. The ABC quickly took down the video and put up this sanitised version. Fortunately, the uncut and unexpurgated version was preserved by a public-spirited individual and is now on YouTube for all to see (see exhibit).

Doorings are when vehicle drivers or passengers open the door in the immediate path of a cyclist, resulting in a collision. There were 1,100 (reported) cases of doorings in Victoria between 2000 and 2010. They often result in severe injuries and in 2010 cyclist James Cross was killed in an incident involving a dooring. (More background on dooring here).

Greens MP Greg Barber currently has a bill before the Victorian Parliament to make it a summary offence to cause a hazard by opening a door of a vehicle. If passed the Bill will increase the maximum penalty from $366 to $1,220. A loss of three demerit points for drivers is also proposed.

In the video, Gary Brennan from Bicycle Network Victoria is asked by ABC reporter Simon Lauder (at 2:40) if increasing penalties might be seen as sending a message that it’s always the driver’s fault. Mr Brennan’s response is immediate and forthright:

Well, it is always the motorists fault. The law makes no allowances for drivers in this case. So, if you open a door into the path of a rider it’s always your fault.

At the end of the interview, the reporter throws back (at 3:30) to the talking heads in the studio – Michael Rowland and Karina Carvalho – who append the following patter to the report:

Michael: Thank you Simon. Now just to even the ledger up a tiny, weensy bit, did I hear him say it’s always the motorist’s fault or is my hearing failing?

Karina: We both heard that and I would say you probably need to take that comment with a little bit of caution.

Michael: A sackload of salt, not just a grain….and without pillorying cyclists at all – we love you cyclists, we love you motorists, we love everyone who watches us on ABC News Breakfast – but I have seen and we all have seen our fair share of reckless cyclists as well so I think it’s very unfair to purely blame motorists 100% of the time for that sort of thing.

Karina: More education and more awareness on both sides is what’s needed.

That’s the bit that’s understandably got cyclists’ backs up. As Gary Brennan very clearly states in the interview, the law unambiguously says dooring is the drivers fault, not the cyclists. Even putting the legal aspect to one side, I can’t imagine a situation on a road where any blame for a dooring incident could conceivably be attached to the cyclist. Possibly in a dedicated car park if a cyclist were riding between parked vehicles, but not on a road.

Would the proposed higher penalties work? I’m a cyclist but I confess I’ve opened the car door on occasions without thinking about bicycles. Drivers haven’t had to deal with this risk until relatively recently so it’s not something most do instinctively.

However a large fine will help concentrate the mind, especially if it’s backed up by driver training and ongoing promotional campaigns. We’ve learned dozens of other road rules and we’ve coped with new things, so we can learn to look before opening the car door too.

Some of the mechanics of Greg Barber’s proposed bill are contested. There’s general support for the higher fine, but VicRoads opposes the application of three demerit points and the Magistrates Court wants offences to continue to be dealt with by infringement notice. Victoria Police say the change would need to be backed up by an education campaign.

As for the talking heads Peter and Karina, the best that can be said in their defence is maybe they were referring to cyclists in general, rather than to doorings in particular. However that would be a weak defence – they should actually watch the stories they present if they want to comment on them. If they’d done that they’d know this story was solely about doorings.

The demand on talking heads to “enrich” the newstream with personable ad libbed comments brings with it the responsibility to know what you’re talking about.

I’ve heard the ABC has kind’ve admitted Peter and Karina were wrong and has buried it away in it’s Corrections & Clarifications page. However when I finally unearthed the link to the page on the ABC TV site and clicked on it, the only correction showing up is a trivial one dating from 2010. The ABC must either be perfect now, or it’s not admitting to errors anymore.

Update: OK, this seems very tricky of the ABC. Thanks to Twitter, I’m informed there’s another, separate Corrections & Clarifications page within the News section. It has the ABC’s fess up. Would the ordinary person reasonably expect there are two separate C&C pages? Perhaps there are more buried further down.

Should cyclists be licensed? From a safety perspective, it won’t help 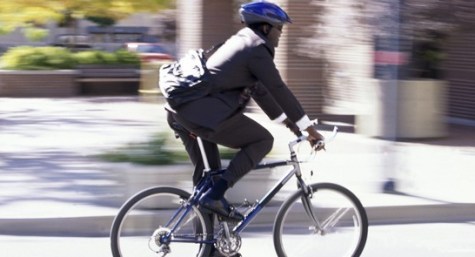 Is NSW’s one-metre cyclist protection law worth it?