Just to show that, occasionally, Labor can produce some semblance of effective political tactics, it yesterday effortlessly manoeuvred the opposition into a deep hole on the education refund, as it now is, albeit with considerable help from the opposition itself. Typically, the government still found a way to undermine it, insisting on pushing through the bill the day after the budget, with events overshadowed by Craig Thomson.

Still, there remains the Senate passage, to afford the government more quality opposition speeches explaining that Australians can’t be trusted with money and need the government to direct them on how to spend it. Don’t worry, that’s merely run-of-the-mill political hypocrisy around here, although Wyatt Roy, pursued the claim that, far from handing out money to voters, the government in fact had “ripped out” a program that “not only ensured that the education needs of students were met but also provided genuine relief to the many families in my electorate and around Australia” and replaced it with “waste and mismanagement”. Think of it as not so much gaining a sugar hit as losing a nice piece of healthy fruit.

If John Howard had manoeuvred Labor into voting against handouts, there’d be newsprint as far as the eye could see lauding his amazing powers of bewedgement, but that doesn’t fit the narrative, so, what about Northshoregate, eh? It says much about the current quality of our political debate and media coverage thereof that any heed was paid to that. Still, just think of all those seats in Sydney that Labor will now lose.

The real reason the Coalition opposed the education refund but supported the Family Tax Benefit A adjustment and income support measures isn’t at all clear. The carbon tax was invoked in both cases, in an apparent breakdown of logic by whoever prepares the Coalition’s talking points. The instinct of reflexive oppositionism, perhaps? The sound policy position would have been to oppose all three, not merely because they are being paid for by the mining tax (although, of course, it was Howard policy to use tax revenues from the mining boom to fund handouts) nor because a lot of the handouts are straight middle-class welfare, but because the passage of the measures has now added $5 billion over forward estimates to Joe Hockey’s task of findings savings. The Coalition is already tens of billions in the red on that score, so another $5 billion is neither here nor there, but it doesn’t make the life of Hockey, on his lonely vigil of tolling the end of the Age of Entitlement, and Andrew Robb any easier.

It’s no good trying to scrap Abbott’s absurdly generous paid parental leave scheme — which exists only to convince women voters that Abbott’s views on women have moved on from the 12th century — because that comes with its own corporate tax rise, although business might now look at that impost in a new light given Abbott declined to pass the government’s 1% tax cut.

Labor’s strategy is to get voters to see the entire economic management debate through the prism of household budgets, knowing that it is far more competitive against the Coalition on that score than on straight economics. It’s a long shot for a government needing a Lazarus-like comeback, but the opposition rather casually gave that strategy quite a boost yesterday. 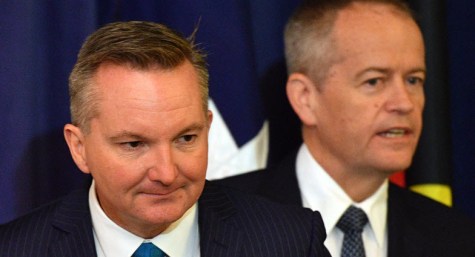 <em>Crikey</em>‘s reform report card: how does Rudd stack up? 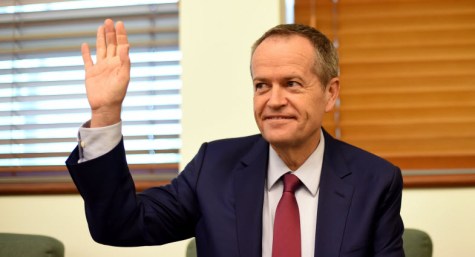 Thanks Bernard. A sane response to yesterday.

Yesterday when asked how the govt’s hand out were different from Howards Joe Hockey siad “They just are” showing all the rational argument and logic we have come to expect from the opposition on just about everything but economics in particular.

Today Abbott is porclaiming the coalition has a plan to build stronger growth, however we are not allowed to see the plan until “well before the election”.

I hav said it before but will say it again, anyone who votes for the coaltion at the next election needs to take ownership of the economic disgrace that will come if it gains power.

Abbott supports the FTB as this terrible and expensive piece of policy is a relic from the Howard era.

The Education payment is new so its business as usual

It’s a bit of oppositionism reaction but it’s more about stopping the stimulus to stymie growth to weaken the economy further. I don’t think it will hurt the opposition because the electorate don’t care any more but in a month or so it should give Labor a little lift as people feel better.

Employment data came out today 10,500 lost in full-time positions while 26,000 part-times created and unemployment rate fell to 4.9% with 0.1 drop in participation rate. So overall the picture remains static not good and not bad, things have not deteriorated and Labor can still turn their poll number around if they recalibrate their policy with the RBA to target full employment at 4-4.5% un-employment rate. As I explained yesterday we need to get back to 2008 un-employment level to give people confidence and contentment as there currently is too high casualisation and part time work, underemployment while many people have debts to pay.