Only one gig in town this week

There was really only one gig in town this week, according to our charts, headlined by Treasurer Wayne Swan.

There was really only one gig in town this week, according to our charts, headlined by Treasurer Wayne Swan, to whom the mining tax was the opening salvo in a battle of wealth redistribution, and whose federal budget showered lower and middle income earners with loot in a Howardesque style handout that the Coalition must be loathe to line up against. In doing so Swan accepts the surplus is a political necessity, firing off a financial offensive to push back the battle lines, declaring class warfare in a bid to regain the Labor heartland and carry his Prime Minister to the next election.

Much media coverage for shadow treasurer Joe Hockey this week who joined his leader Tony Abbott in claims of a “cooked books surplus”, a “con job” and a “sugar hit before the carbon tax”. Swan, however, pointed to Australia’s triple-A credit rating with all three global agencies for the first time in history, low unemployment and lower interest rates than at any time under the previous government. What remains to be seen is if Labor can maintain economic headlines rather than a rotation of scandals such as those involving federal Speaker Peter Slipper and the Fair Work Australia report into former Labor MP Craig Thomson. 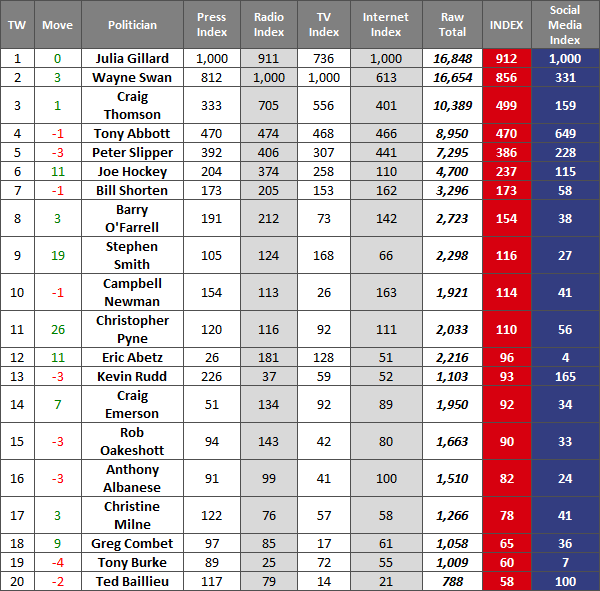 K-Rudd is still down with the peeps.

Unlike some on the nation’s rich list James made the news without any public commentary, in his bid to put it all on black.