I spent some time going back and looking at the Hansard record of how Julia Gillard has handled over the past few months the allegations about Craig Thomson and his behaviour at the Health Services union.

Some Craig Thomson and the Prime Minister homework. In preparation for the parliamentary shenanigans sure to be a feature of House of Representatives sittings this week I thought I should refresh my memory. So I spent some time going back and looking at the Hansard record of how Julia Gillard has handled over the past few months the allegations about Craig Thomson and his behaviour at the Health Services union. I have posted on The Stump some relevant questions and answers that will enable you to draw your own conclusions.

For me I am left with two choices. The one I prefer to believe about the leader of my country is that she was grievously misled during discussions with Mr Thomson and thus is guilty only of a troubling naivety. The other is that she stupidly tried to bluff her way through a political problem by continually expressing her confidence in the Member for Dobell in the strange hope that a day of reckoning would never arrive.

The tie-less campaigners. Is this a new trend in campaigning style? 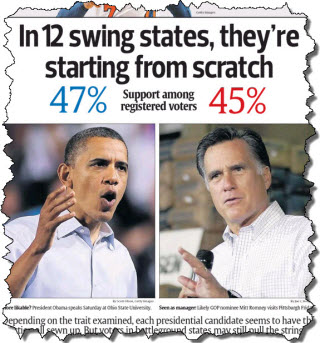 Who will be first to get really casual and undo a second button?

Who needs the worm to get attention? Memo television news and current affairs producers: for the next Australian election debate follow the Mexican example and provide Laurie and Kerrie with suitable assistants. 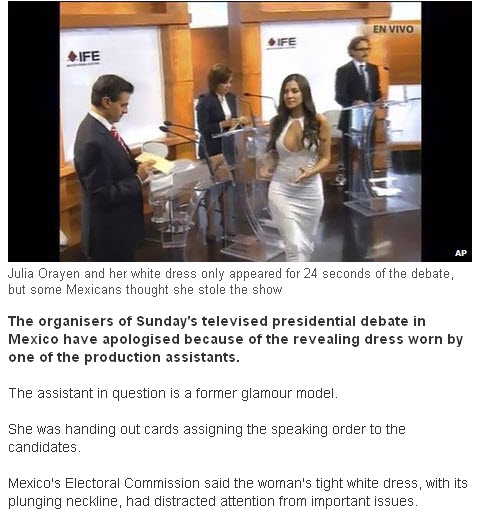 Note the evidence that Electoral Commissions are spoilsports the world over.

Try making a coalition from this lot. And we think Julia Gillard has trouble having to deal with Greens and a few independents. This is the assortment they are trying to make a coalition from in Greece: 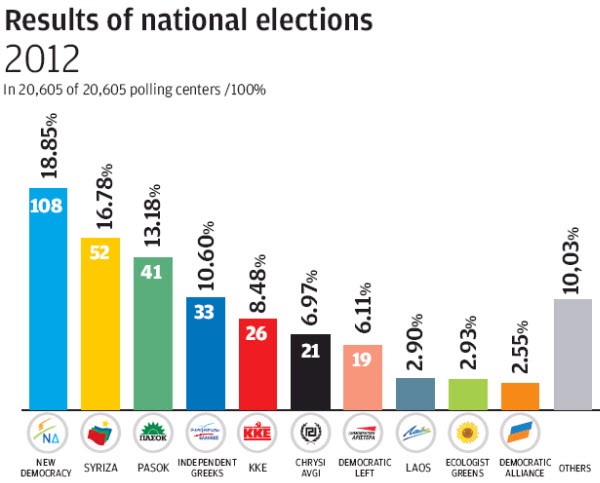 If New Democracy reckons it cannot obtain majority support after being gifted an extra 50 seats for getting the most votes of any party then it will surely be hard for any of the others.

The money in sport. If you are young and athletically gifted then forget about those odd shaped balls. Practice kicking, throwing or hitting a round one for they are the money balls of the world’s team sports.

The second annual ESPN The Magazine/Sporting Intelligence Global Salary Survey released recently shows footballers (soccer players) as the best paid. Basketball and baseball teams make up the other sports in the top 10 teams but cricketers who play in India’s IPL are well rewarded.

AFL players come well down the list while no rugby league and union teams are in the top 250. 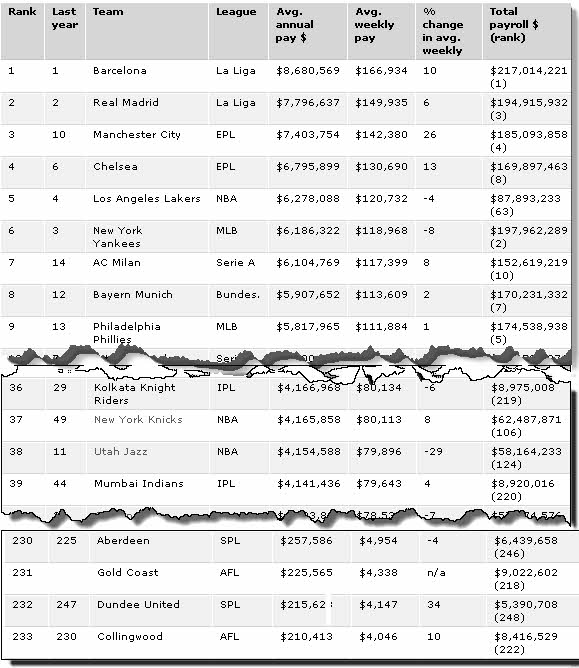 “The fact of the matter is that there’s no example in Europe, yet, where the bond market has rewarded austerity.”

— Joe Weisenthal writing in Business Insider gives us something to think about as Wayne announces his surplus. 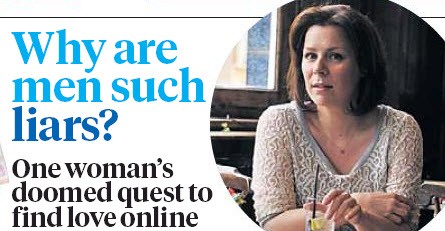 Will Gillard do a Downer?

I’m pleased that you draw attention to what seems a trend to dispense with ties – that most useless bit of apparel, at least until the return of wigs.

“The fact of the matter is that there’s no example in Europe, yet, where the bond market has rewarded austerity.”

But there are many examples in Europe where the bond market is severely punishing profligacy.

Re Ties: Didn’t Don Dunstan do some ground-breaking moves with safari suits back in the 70’s?

And Apple’s ex CEO/Chairman, Steve Jobs, did presentations in jeans and polo necks.