Budget may never come for The Oz. In all the pre-budget speculation, The Australian forgot what day it is in this morning’s edition … 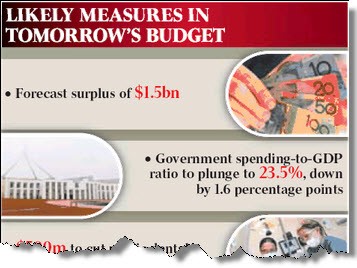 Front page of the day. UK’s The Times leads today with the unease in Europe  following Francois Hollande’s French presidential victory and further concern for the economies of Greece and Spain: 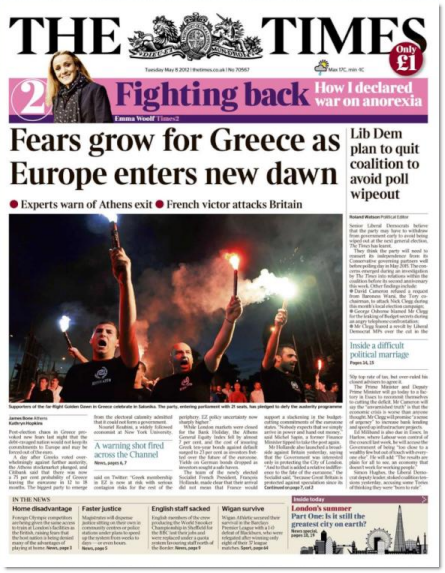 The Department of Corrections. The Guardian‘s corrections page is famous for its intelligent and off-beat responses to its readers’ concerns. This correction from May 5 is no exception: 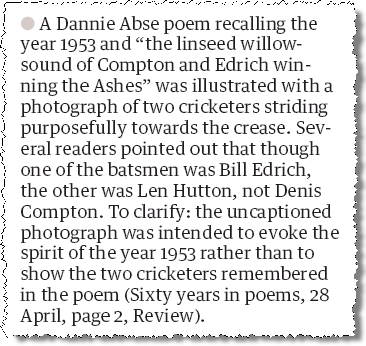 “Eight government ministers, including the prime minister, culture secretary and home secretary, have been granted core participant status in the Leveson inquiry.” — journalism.co.uk

“The Seven Network set the scene for a titanic battle over the game’s broadcasting rights yesterday by declaring its love for rugby league on the same day the Nine Network and Fox Sports tabled their opening bids to televise the sport for the next five years.” — The Australian

“The Colombian rebel group Farc has said it is holding a French journalist who disappeared a week ago.” — The Guardian

Behind the scenes at Seven’s Sunrise