KAK gets photoshopped … French voters get around Twitter ban

The organisers of a Melbourne University's popular Rad S-x and Consent week have hit back at a Sunday Herald Sun report detailing a bum massage "furore", slamming the page 8 piece as a "confused" beat up. Plus other media news. 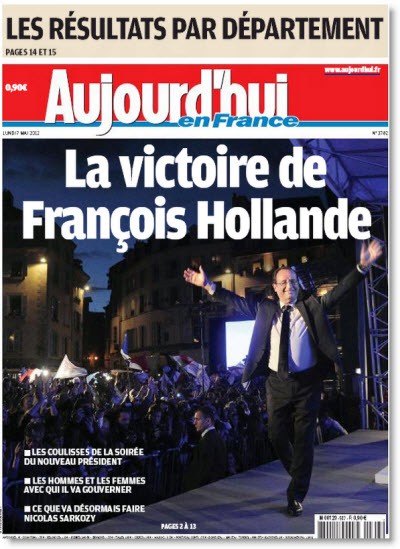 Women’s Weekly photoshops the crap out of KAK

“I look at Kerri-Anne Kennerley on the cover of The Australian Women’s Weekly and once again I do a double take (as I did with Deborah Hutton early this year). Is that really her? She looked very different when I saw her in Westfield, Bondi Junction, the other day. Don’t get me wrong, she looked stunning, but she did not look 30 as she does on the AWW cover. Rather she was a little closer to her (almost) 60 years …

To her credit, KAK has a sense of humour about it all: “I told (Women’s Weekly editor) Helen McCabe last year that if ever I was on the cover of The Australia Women’s Weekly she could Photoshop the buggery out of me and I’m only happy to see she has delivered on the brief,” she said in in her usual frank style. And I am sure she would do it again in a heartbeat.” — The Hoopla

“Twitter users circumvented an election results embargo — as they did April 22 during the first round of voting — by using code names for the two candidates. A 1977 French law prohibits the release of results before 8pm on election night and fines violators up to $99,000.” — Mashable

“Poynter’s “EyeTrack: Tablet” project, the latest in our long tradition of research to understand how readers view news, can now announce some early results: iPad users have an overwhelming instinct to swipe horizontally through a full screen photo gallery, regardless of portrait or landscape orientation.” — Poynter

“The number of public relations professionals in Australia is due to match the number of working journalists by the end of this year and might even outstrip them, according to employment data produced by Economic and Market Development Advisers. As of the end of February there were approximately 23,000 journalists and writers compared with about 21,500 PR people, according to EMDA. A decade ago there were about 16,000 journalists and writers and 13,000 PR people.” — The Australian

“The bear famously tranquilised on the University of Colorado campus last week, and immortalised in a viral photo by CU student Andy Duann, met a tragic death early Thursday in the Denver-bound lanes of US 36.” — Daily Camera

All rosy in print? … Julia on marriage (and the EU)