Costello is gone but he’s not forgotten

Peter Costello may be gone but he's not forgotten. In fact he's one of only two Australian politicians I spotted in an amusing collection from Russia of international scenes featuring democracies in action. Tony Abbott's tongue was the other featured Aussie.

Memories of a past Treasurer. Peter Costello may be gone but he’s not forgotten. In fact he’s one of only two Australian politicians I spotted in an amusing collection from Russia of international scenes featuring democracies in action. Tony Abbott’s tongue was the other featured Aussie. 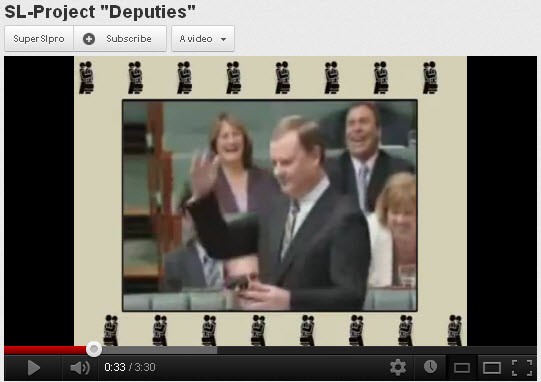 Politics in sport. The teams are still going but the politicians are starting to boycott the European Football Championship games scheduled for the Ukraine. A European Commission spokesperson in Brussels indicated this week that all 27 members of the Commission would refrain from travelling to Ukraine during the tournament due to the treatment of imprisoned ex-Prime Minister Yulia Tymoshenko. Although the German national team is playing all three of its group stage games in the country, German President Joachim Gauck has cancelled a planned trip to Ukraine for a scheduled meeting of European heads of state and several other heads of state, the latest being Belgium, Austria and Romania, have followed suit.

Now German parliamentarians are turning their attention to the 2014 world ice hockey championships planned for Belarus. “The situation in Belarus is much more dramatic that it is in Ukraine,” Green Party parliamentarian Marieluise Beck told the Süddeutsche Zeitung newspaper. “We should exert timely pressure on the associations to move the 2014 ice hockey world championships to a different country.”

And in song. And it’s not just in sport that concern over human rights is causing calls for the transfer of events. Azerbaijan’s hosting of the Eurovision Song Contest has also come under question with a confidential German Foreign Ministry report, which SPIEGEL has seen, criticizing “state repression” in the country. The document outlines a republic in which prisoners are mistreated, parliamentary debate is “nearly impossible” and the activities of the opposition are “noticeably restricted” through measures that even include “state repression.”

Maybe it’s nothing more than sour grapes from a country whose official entry in the contest is well down the list in Crikey‘s Eurovision Song Contest Indicator. 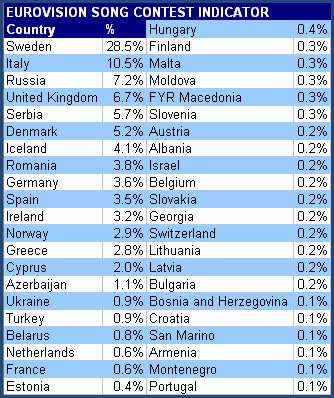 Personally I’m rooting for the UK where that golden oldie Engelbert Humperdinck is doing the warbling but Sweden remains the favoured choice. 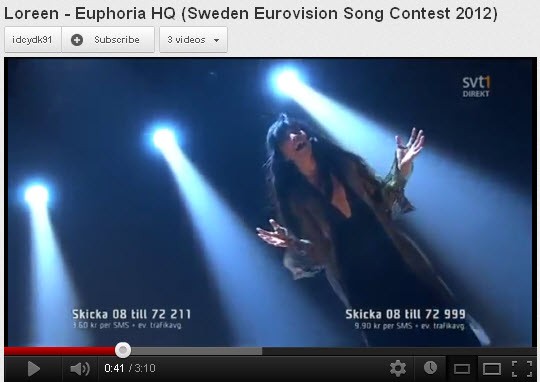 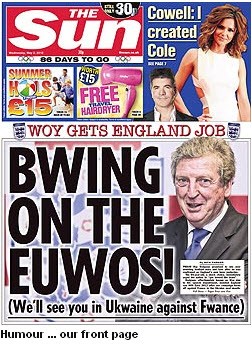