Cost of living delusion runs deep at the political level

At some point a politician will have to tell voters the obvious truth -- very few of them are "doing it tough". Tabloids are admitting it, even if the politicians aren't.

While some in the media insist on pandering to Australians’ vast #firstworldproblems conviction that the cost of living is relentlessly rising, it was good to see the new report from the National Centre for Social and Economic Modelling yesterday about disposable income receiving significant coverage.

The NATSEM report showed that Australians’ incomes have significantly outstripped prices since 1984, with disposable incomes rising on average 20% ahead of inflation over the period. The report also showed that the gains were spread across all incomes groups, although the highest income groups had benefited more in the last decade compared to earlier.

It confirmed earlier evidence that, far from facing massive cost of living pressures, Australians have done very well from our extended period of economic growth — the Herald-Sun (commendably for a tabloid) last year found average households were $23 a day better off than five years ago.

If even the tabloid media are prepared to look seriously at exactly how much substance there is to claims about “cost of living” pressures, how about politicians?

On that front, there was a revealing moment last week after the ABS revealed a remarkably low CPI figure, so low it had some pundits suggesting the economy was tanking. Joe Hockey immediately produced a press release claiming the data showed essential household items were outstripping average incomes. Not to be outdone, Wayne Swan declared that the government knew that families were still doing it tough.

Actually, no, the evidence is they’re not doing it tough at all.  Strong growth in incomes for the last thirty years and even through a financial and economic crisis is not “doing it tough”. The only households that are doing it tough are those in the bottom quintile of incomes, who spend a much bigger proportion of their income on necessities than the rest of us. But even they have enjoyed nearly 20% growth in real income over the last 30 years.

If you’re not in that income group and you think you’re “doing it tough”, it’s because you don’t know how to live within your means, not because politicians have failed you, or the economy is difficult. Even when it comes to identified issues like electricity prices, they are only playing catch up to the real levels they were at in the early 1980s. And in any event, the evidence shows that if you want lower electricity prices, you should privatise your generators. But voters dislike privatisation, as Anna Bligh can tell you.

No politician is willing to tell the truth, to make the obvious point that Australians are richer than ever before and should be grateful that economic reform paved the way for such a big rise in incomes, rather than whingeing about not being able to afford the wealthy lifestyles they want. Such a politician would be instantly declared “out of touch”. The last politician who tried that was John Howard, not long before he lost his own seat. His example has been heeded by everyone he left behind in parliament.

But here’s where it gets more interesting. Australia has entered a period of low inflation. We’re now saving more than ever before. We’re spending more on services, meaning retailers have to endlessly discount products. We’re shopping online and buying clothing, footwear and books, in fact all sorts of products, offshore, often for half the price we can get them here — a competitive shock that is making its way through supply chains across the country. The Australian dollar is putting downward pressure on everything from fuel prices to household goods. Electronic manufacturers are in a deflationary spiral due to overcapacity.

Traditional retailers are tearing their hair out. Even housing affordability is improving.

Politicians are continuing to live in the pre-GFC world of high demand, high income growth and high interest rates, where they fell over themselves to pander to voters’ delusion that they were under the hammer financially. But occasionally a pollie lets the mask slip a bit and we realise they know perfectly well what’s going on — like when Joe Hockey commendably challenged the “age of entitlement”. They must know what’s going on, because they can see the evidence in the lower tax revenue growth the government keeps having to deal with — David Uren of The Australian asked a good question of Wayne Swan last week when he wanted to know how much the low inflation result would curb revenue growth (Swan deflected the question to Budget Night).

The world has changed. The politicians know it, even if they won’t admit it. Even sections of the media know it. At some point a brave politician has to come forward and tell voters the truth. 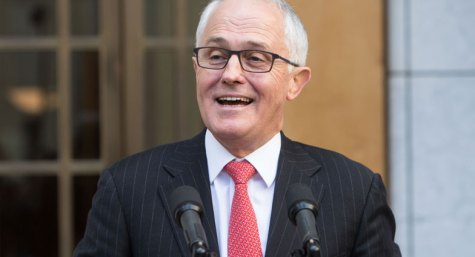 Keane: we lack the communicators to effectively fight populists

And the democratic socialist interventionist regulatory bogey man will surely have to be embraced too given the cost of GFC #1 and expected GFC #2.

“At some point a brave politician has to come forward and tell voters the truth.”

Best bet for that might be Julia Gillard, in the course of giving her concession speech.

” At some point a brave politician has to come forward and tell voters the truth.

I can remember a certain Prime Minister of Australia saying in Parliament something like “Working families in Australia have never been better off”.

The then Opposition put those words on a truck that they ran around the country to show how “out of touch” the PM was. I also remember an ad with a hard done by mother talking about how her “grocery and petrol prices are higher than ever”.

I think that was the last brave politician we had.

Yea, disposable income, great, but what about the things that matter? Hospitals, schools, transport, energy, those matters, things that never just disappear no matter who’s not paying attention to them. Since we’ve all got this disposable income now, how about a politician willing to say we need to pay more taxes to get better essential services? To create a society worth living in? ‘Cause I’m happy to bet cash money neither Hockey nor Swan would even think of that. Right now, in Victoria, there are cuts planned across the board, including for example TAFE – staff, courses, services for students, etc. Having more money to buy more crap is not an adequate compensation for that.

If we’re all so rich we should be putting money back into the public purse for the common good. Where are the politicians telling us that?

Watch that Coalition “in waiting” Abbott/Joe Hockey government they will steal by ruthlessly cutting the Australian peoples well being programs such as education, health and well being; law and order money and redistribute those savings it to the wealthy miners. Why elso would big Clive Palmer want to get into Queensland government, methinks, to try and do what Joh Bjelke-Petersen could not quite manage; that is to get via the back door into federal politics and take over – he has the money to do so.