Former One.Tel, Imagineering and Cranbrook alumni Jodee Rich has reinvented himself as a global dot.com mogul, in a eerie repeat of his rise to notoriety as the founder of the collapsed telco in the mid-1990s.

Former One.Tel, Imagineering and Cranbrook alumnus Jodee Rich has reinvented himself as a global dot.com mogul, in a repeat of his rise to notoriety as the founder of the collapsed telco in the mid-1990s.

The San Francisco-based “founder and funder” of Twitter data mining operation Kred has entrenched himself in the social media stratosphere in recent months, popping up at regular intervals to spruik his publicity service on US and UK pay television.

Rich established Kred’s parent company PeopleBrowsr in 2007 as an “online dashboard” to manage multiple social networking services on the one screen. But those fledgling days have now receded with the burgeoning success of Kred, which charges major corporates serious cash to hook them up with Twitter “influencers”. It is not known how much moolah Rich has tipped into the venture.

Now, the eastern suburbs entrepreneur is again reaching into the stratosphere. Rich was a conspicuous presence at the annual South by Southwest music and tech convergence in Austin in March, hosting something called a “mentor session” at a local Holiday Inn and blogging about his excellent adventure.

Crikey understands that Good Weekend editor Ben Naparstek is very keen on commissioning a far-reaching profile on Rich’s amazing rebound. But this morning, corresponding via his Gmail account, Rich said that he had turned down an interview request last night from journalist Paul Barry, who previously penned the 2002 book Rich Kids, tracking the fallout from the collapse.

Packer Jr and Lachlan Murdoch lost $1 billion between them on One.Tel and closely assisted the Australian Securities Investment Commission in its eight-year — and ultimately unsuccessful — pursuit of Rich and former finance director Mark Silbermann through the courts. In 2010, ASIC said would not appeal its defeat at Rich’s hands, who it had accused of a failure of duty of care in the months before the disastrous collapse in May 2001.

Last year, the related One.Tel special purpose liquidator Paul Weston’s case against Packer and Murdoch was grounded following a Supreme Court decision by Justice Julie Ward. And last month, it was put to bed for probably the final time when the NSW Court of Appeal upheld the judgement.

Meanwhile, Kred is embroiled in a pitched battle Stateside with bitter rivals Klout, with which it bizarrely shares an office wall in San Francisco’s trendy Mission district. 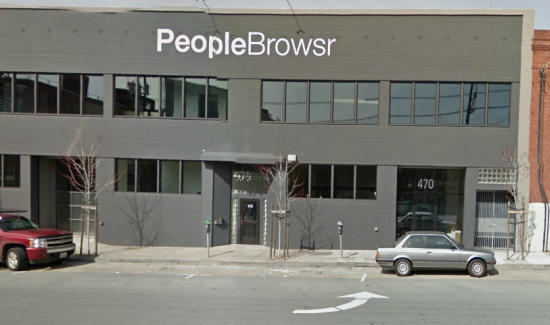 But no-one in the Crikey office was exactly sure what either Kred or Klout specifically did, so we went searching for answers. At a Guardian-sponsored “Changing Media” gabfest in March, Kred CEO Andrew Grill explained that “Kred events like what we’re doing for the leaderboard is how we can bring that to the community and we believe that everyone has influence somewhere.”

Crikey tried out Rich’s Kred technology this morning with the username @andrewjcrook turning up a disappointing “Global Influence Score” of 690 with a Global Outreach Score of just five.

Rich deferred our broader queries to Kred “Marcom” director Shawn Roberts, who gave us the official spiel. Disappointingly, he said that Peoplebrowsr and Kred were “very tightly held” and he therefore couldn’t inform us about the site’s profitability but rhapsodised about its potential to transform social networking.

Kred differentiated itself from other social media influence aggregators like Klout because it had access to the Twitter “firehose” since 2008, from which it has compiled a massive 1000 days of tweets. It is also updated in real time and makes its algorithm public to ensure full transparency.

Most recently Kred was apparently contracted by the Grammy Awards to provide on online stream of Twitter “beauty influencers” so web viewers could get a fix on the latest fashion trends.

Good to see Rich is still contributing to the betterment of society, as he always has. Not. I had the misfortune to have dealings with him and his first IT start-up Imagineeering waaaaay back in the 1980s. I always left meetings with the urge to have a really long, hot shower.