Puzzled by the comments on the polls

I was puzzled last night, as I read the comments after William Bowe posted news on his excellent Poll Bludger blog of the latest Newspoll,.

Puzzled by the comments on the polls. I was puzzled last night, as I read the comments after William Bowe posted news on his excellent Poll Bludger blog of the latest Newspoll, at the ability of good Labor supporters to find a way of dismissing the relevance of the figures to the outcome of the next election.

Now don’t get me wrong. I’m no slave to the opinion polls — I rarely write about them — and my study of them over the years has told me that when it comes to getting a guide to what will happen in 18 months time we need to be thinking of plus or minus five or six percentage points not three.

My puzzlement last night was at how so many people seemed prepared to subtract that five or six points from the Coalition vote but no one seemed to want to admit that perhaps those points might end up being added to it when polling day eventually comes.

Those among you who doubt that Labor’s primary vote actually could fall to the 20% level or below should go and read about the 1993 Canadian election.

This extract from Wikipedia will serve as a starting point and give you the flavour:

The election was called by the new Progressive Conservative Party leader, Prime Minister Kim Campbell, near the end of her party’s five-year mandate. When she assumed office, the party was deeply unpopular, and was further weakened by the emergence of new parties that were competing for its core supporters. Campbell’s initial efforts helped the party recover somewhat in pre-election polls before the writs were issued. However, this momentum did not last, and the Progressive Conservatives suffered the most lopsided defeat for a governing party at the federal level, and among the worst ever suffered by a governing party in the Western world. They lost more than half their vote from 1988 and all but two of their 151 seats.

Hence the bad news for the Gillard Government of this morning’s Australian Bureau of Statistics figures on established house prices: 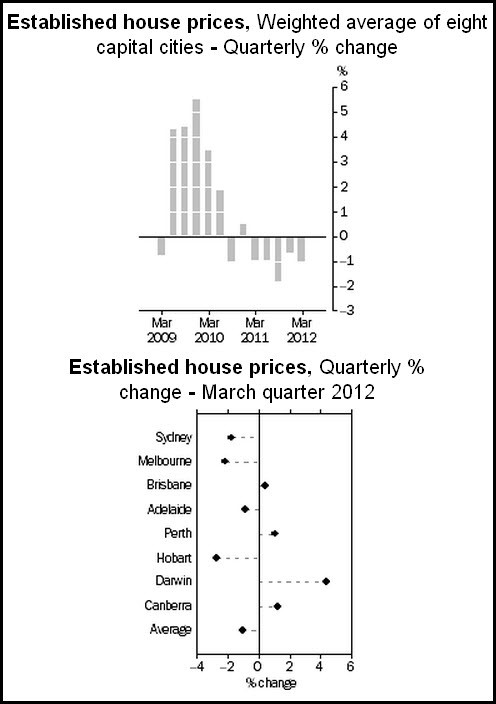 And the signs are that the price decline is continuing. The RP Data-Rismark home value index for five capital cities puts the decline for the month on month change at the end of April at -0.73. 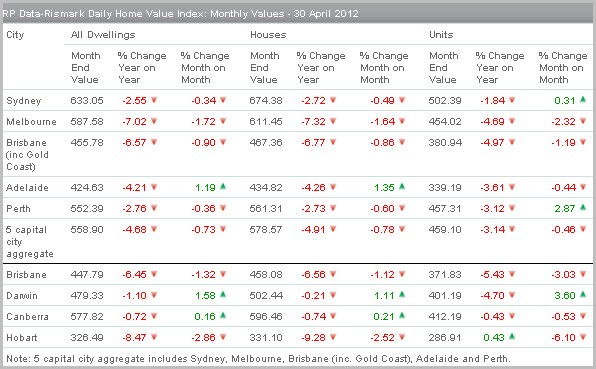 Obama makes his case. Consider this a refresher course as the Obama team distills its case for re-election into an introductory campaign video: 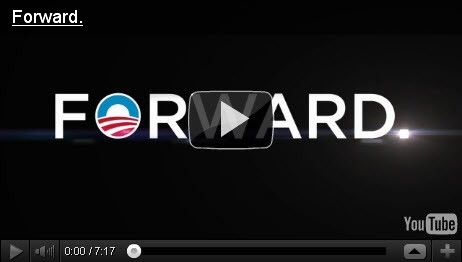 It’s an ill wind … As Spain sinks back into recession: 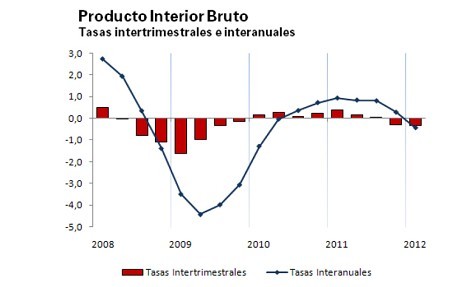 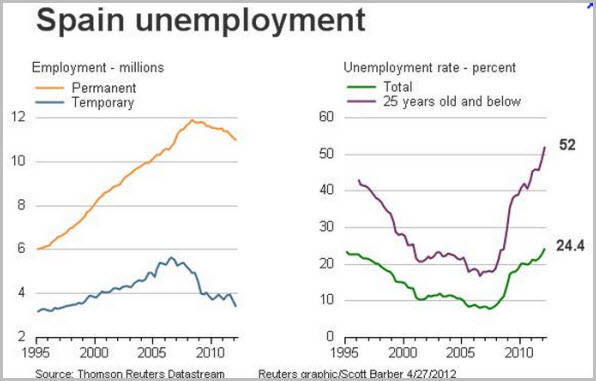 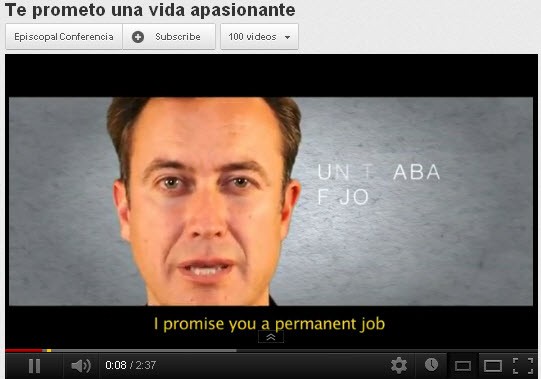 A group of Catholic bishops has found its enrollment in seminaries up four per cent last year compared with falling 25 percent over the past decade. And now its latest recruitment campaign on You Tube has become the most-watched video in Spain, with hundreds of thousands of downloads.

“There’s been a lot of hand-wringing for a long time about the relevance of a liberal arts education, but I think those worries have heightened over the last couple years.”

There is nothing wrong with a slight downward drift of house prices. I have four adult children, all of whom are trying to save a proper deposit for a house. Unfortunately in Sydney that means they could be well in their middle age before they can take out a mortgage – but if this downward drift persists they may have a chance to buy a small apartment in an unfashionable suburb in a couple of years.
The best thing the government could do in terms of housing affordability would be to repeal Peter Costello’s scandalous 50% discount on Capital Gains Tax. That (combined with negative gearing) is what has encouraged speculators and made housing so absurdly over priced.

Here’s hoping that the decline in housing prices continues. It’s a bubble, just like in many other advanced economies, that’s been an unusually long-time a bursting and frankly a gentle deflation would be better than a sudden bust. The rise in housing values has given a “wealth” that is both illusory and effectively stolen from the next generation.

Of course if this continues it could be another political disaster for the government. But the interesting thing is that it could make them heroes to the young who can’t get into the market at present. Generational warfare, anyone?