It's not often that a correction runs in the paper on the same day that the mistake was made, but it happened in yesterday's San Francisco Chronicle. Plus, other news of the day.

Front page of the day. Coming up next, Underbelly: Up North? 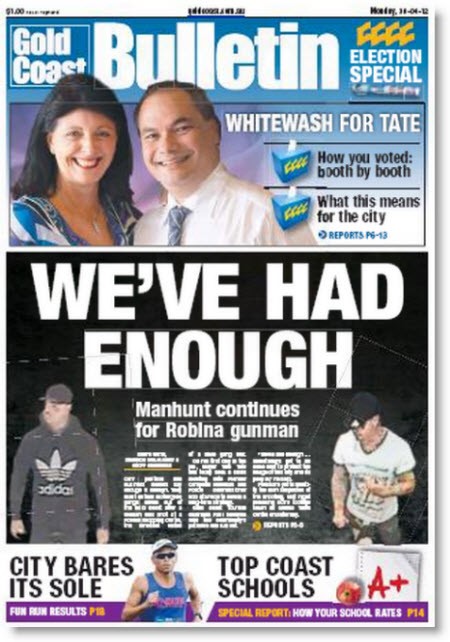 The Department of Corrections. It’s not often that a correction runs in the paper on the same day that the mistake was made, but it happened in yesterday’s San Francisco Chronicle. The correction on page two:

The article in question in the paper’s Home & Garden magazine (no word on who that woman is): 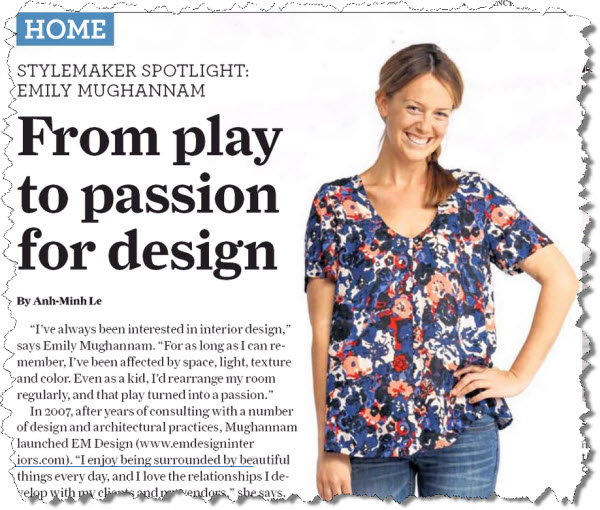 How to save books: make them beautiful

“It’s an obvious road for publishers to take perhaps — certainly every reader loves to own books that are physically beautiful objects, since bookshelves often form a central role as furniture in most people’s homes … Cost is of course the main stumbling block. Most small and mid-range publishing houses cannot afford to release hardbacks, use heavy paper that feels silken to the touch or include full colour photographs and illustrations.” — Meanjin

Not all regional papers are dying

“Has Northcliffe Media really found a way to halt the decline of Britain’s regional newspapers? Its managing director, Steve Auckland, said last week that the publisher of 113 titles in three English regions, is on track to report a growth in profits.” —  Greenslade blog, The Guardian

“Are you a strong man? Do you want to work in a s-xist environment? Then just the job for you has just been posted on the Mumbrella job board.” — Mumbrella

Behind the scenes of Dancing with the Stars

“Arriving on set for a ‘behind the scenes’ story, Freehand Executive in Charge of Production Peter Abbott asked me to join himself and Series Producer Rob Menzies in the judge’s chairs for rehearsal purposes.” — TV Tonight