The sum total of useful commentary on ABC’s stultifying I Can Change Your Mind About Climate was five minutes of British scientist and author Ben Goldacre saying he'd rather slam his c-ck in the door then debate climate change, writes climate researcher Ian McHugh.

The sum total of useful commentary on ABC’s stultifying I Can Change Your Mind About Climate, (herein ICCYMAC) was five minutes of British scientist and author Ben Goldacre. That the most edifying moments in the program included his admission that he’d rather slam his cock in a door than “debate” climate change probably tells those of you who missed it most of what you need to know. While apparently managing to restrain himself from threatened acts of penile self-mutilation, he made an obvious point.

Which was that climate change is not scientifically controversial.

John Tyndall first measured the radiative properties of CO2 in the 1860s (using this cool thing, the modern equivalent of which fits in a shoe box), and 150 science-filled years later, here’s that cauldron of leftist ferment, the US National Academy of Sciences:

“Some scientific conclusions or theories have been so thoroughly examined and tested, and supported by so many independent observations and results, that their likelihood of subsequently being found to be wrong is vanishingly small. Such conclusions and theories are then regarded as settled facts. This is the case for the conclusions that the Earth system is warming and that much of this warming is very likely due to human activities.”

So by any fair measure, there is a scientific consensus on climate change. And consensus matters. The views of the self-styled climate “sceptics” lie nowhere within the window of plausible scientific contestability, and nowhere near it. This presents a credibility problem for contrarians, because when we’re not equipped to critically scrutinise complex issues ourselves, we take consensus among experts as a useful guide. This is not just eminently reasonable — it is indispensable. It underpins the basic division of labour by which society operates.

The payoff is that society as a whole carries far more knowledge than any one person could ever hope to, but the price of entry is a basic level of trust, not in individuals so much as in the institutions that keep them honest. The point is almost so obvious that attempting to articulate it unnecessarily complicates it — we almost all implicitly understand this. And in other disciplines — medicine, say — we apply it without controversy (as Paul Nurse memorably put to the UK Telegraph’s James Delingpole).

The response of those who deny the reality of climate change is the strawman rejoinder (exemplified by Delingpole), “Science doesn’t operate by consensus”. This little piece of misdirection is true, but irrelevant. It is precisely because science doesn’t “operate by consensus” — because it is undemocratic, regularly acrimonious and pitilessly Darwinian — that consensus, once gained, is so powerful.

So what was the point of ICCYMAC? To get to the bottom of why climate change is publicly controversial? In that case the documentary filmmakers ought to have taken their turn in front of the cameras, because the media has been central — sometimes as vehicle, sometimes as driver — to the spectacular distortion of public perception on this issue in the past two decades.

Daringly, the program’s voice-over commentary invites the audience to wonder: “Are programs such as this part of the problem?” Yes. Yes, you bunch of freaking NINNIES, freaking OMG YES! Yes, your program is assuredly part of the problem. A bit of non-committal introspection doesn’t get you off the hook, by the way. It just confirms that you half-assed knew what you were doing, but did it anyway.

The media can and should take a position on climate change — it should be a “truth vigilante”, because we are dealing with a question of fact, with the ultimate impartial arbiter: nature. That the topic is publicly controversial is no escape clause for the media, because as the intermediary between science and the public, it is one of the primary bearers of responsibility for that controversy. Of course a great deal of pressure has been brought to bear on the media by those with an interest in fostering public confusion, and to say, “Yes we bend like saplings in the wind, but there is enormous pressure,” may be an important reason. But it’s barely an excuse.

And ICCYMAC bent sideways, actually reading its format directly from the denialist strategic playbook. As Frank Luntz in the infamous Republican memo of 2003: “Should the public come to believe that the scientific issues are settled, their views about global warming will change accordingly. Therefore, you need to continue to make the lack of scientific certainty a primary issue in the debate.”

Of course there is a lack of scientific certainty — this is science. The denialist strategy has been to utterly misrepresent that window of scientific contestability, to yank it across the spectrum from, “It’s happening, it’s us, it’s a problem,” to “Who really knows?” They don’t need to win. They just need to wrestle the issue to a standstill by promoting the illusion of controversy.

Regardless, this discussion is probably pointless. You knew what you thought before you began reading. I can’t change your mind about climate change. That’s OK, I don’t want to. I’m past that. I’d rather slam my cock in a door. 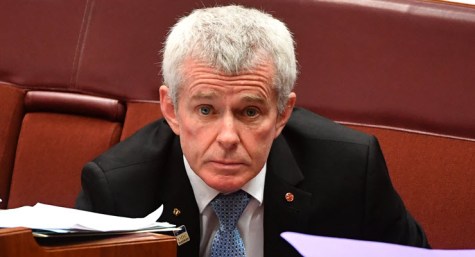 It’s time to ban climate denialism in the media 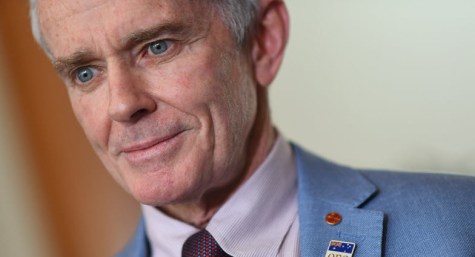 Dear Malcolm Roberts, this is how science works

It seems that there are multiple questions we need to answer in this debate. Is climate change happening? The answer to that seems a pretty resounding yes. Are we going to try to prevent it from happening, or adapt to it? We seem to be focusing on the former. Whether in fact it is anthropogenic or not may well be irrelevant.

I know what I thought about science when I started reading this sanctimonious article, and that was, as Karl Popper proposed, that a hypothesis only stands while it can be tested, and while it withstands testing.

Your “settled science” , beloved of the philosopher of choice of the military-industrial complex, Thomas Kuhn, sounds too much like the “religious truth is settled” proposal.

Disclaimer: I have a vested interest in climate change, a couple of metres sea level rise in Sydney and I’m on a waterfrontage. Pass me that yachting magazine!

Both programs last night fell into the trap of calling one side the “skeptics” and the other “believers”.

I call most who post against climate change “deniers” because it is clear that no amount of evidence will convince them to change their minds. They are not skeptical about climate change, they are grasping every straw that they can to support their denial.

Another reason it is wrong to call them “skeptics” is that the deniers are never skeptical about the information they hear than then pass on. A classic example last night was Michen’s talk of the warming figures being wrong because they were measured in cities and at airports. If Minchen had been open minded or skeptical, it would have taken him only a few minutes on the internet to find that this had been full looked into and taken into account.

It science that is always skeptical – each bit of new evidence is scrutinised, not only on its own, but in how it fits into the bigger picture. Science has a proven track record of discovering new evidence and making major advances.

You don’t “believe” in climate change, you ACCEPT the evidence.

But, as Ian says, as most of us are not experts, our accepting the evidence is based on having FAITH in the overall scientific process and its institutions.

This is not mindless faith because when we want to ask why the scientists think something we are able to check things out for ourselves – firstly with good overview information aimed at the general public, going all the way down to the the key published papers.

Perhaps the key lesson from last night’s programs is that we can no longer assume that people are rational. While the dominance of spin and irrationality will have long term consequences to our climate, I’m sure that we will get many more situations where major public policy decisions will be made based on spin and lies.

Of course the media could take a position on climate change – if they wanted – look at all the other matters they’re not backward in coming forward on. But on this most are more interested in reporting on the combatants – and circulating misinformation to keep the fire going.

Jean, you may have known what you thought about science when you started reading the article, but what you thought was wrong. Popper proposed that a hypothesis can be considered scientific if it is, in principle, able to be refuted by experiment. If it is not refuted after ‘sufficient’ efforts to do so, it achieves the status of a theory. A theory is a body of experimental evidence, which, while accumulated in the effort to refute the original hypothesis, has failed to do so. (Think ‘atomic theory’ or ‘Darwinian theory’ as examples.)

The experimental evidence supporting anthropogenic global warming is now sufficiently large to be regarded as theory. This doesn’t mean that every prediction of the theory is true to three decimal places, but it does mean we have good reason to rely on the theory to a much greater extent than any ‘religious truth’ you care to mention.

I think it’s unreasonable to describe Ian McHugh’s article as sanctimonious, in that he is stating only what people with a reasonable knowledge of science experience when they hear apparently intelligent people such as Nick Minchin espousing arguments that are illogical, irrelevant, or based on ignorance of the facts.