The Organisation for Economic Cooperation and Development calculates that Australia is among the OECD countries that levy a relatively low tax burden on labour income.

We are a low taxed lot. Just something to keep in mind as our budget day approaches — the Organisation for Economic Cooperation and Development calculates that Australia is among the OECD countries that levy a relatively low tax burden on labour income.

The Organisation reported overnight that our average tax wedge (income taxes plus employee and employer social security contributions including payroll taxes minus cash transfers as a percentage of total labour costs) was below the OECD average for all family types in 2000; the difference compared with the average widened over 11 years as Australia reduced the tax wedge significantly.

It particularly widened for single parents with low earnings; their tax wedge moved from 15 to 22 percentage points below average. 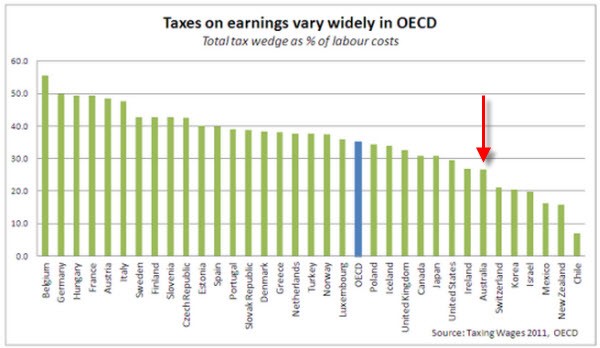 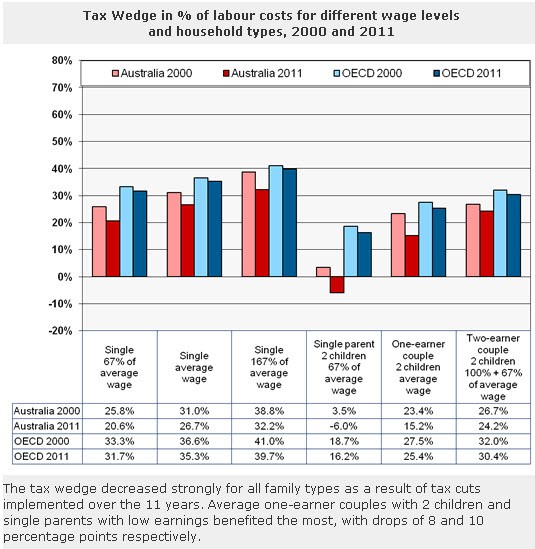 A political impact of economic austerity. Back at the beginning of March Conservatives and Labour were neck and neck in the YouGov opinion poll. Then came the budget of the coalition Conservative-Liberal Democrat government with a continued burst of economic austerity. And today Labour is measured in front by 11 percentage points with most of the expenditure cutting measures yet to take effect. 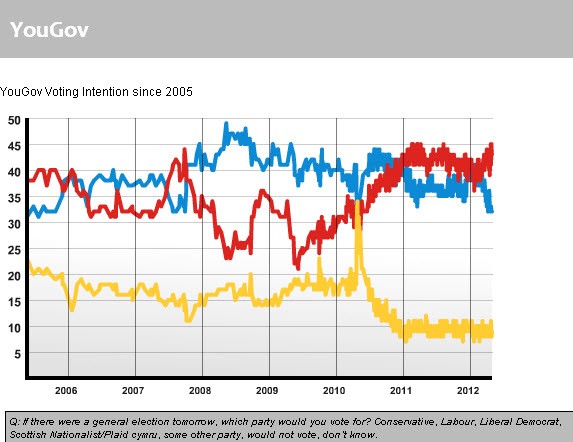 The British polling is consistent with the anti-government sentiment that seems to be sweeping through all of the austerity committed Europe.

It should at least make our local Labor lot wonder whether their commitment to surplus budgeting really is such a good idea.

Longer than the great depression. Forget about the depth in this graph — just look at the width. 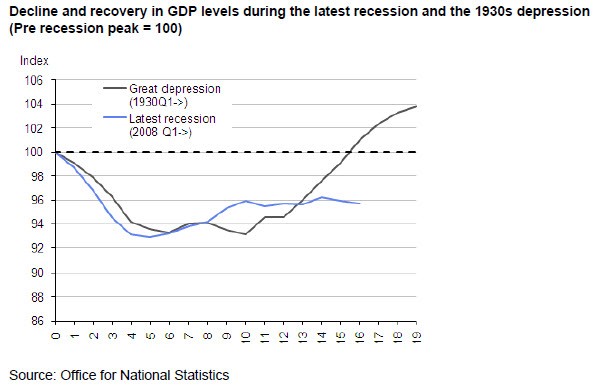 And to make the misery even greater, the dreaded double dip has arrived with GDP contracting by 0.2 per cent in the first quarter of 2012, the second successive period of negative economic growth.

The fall in real GDP was driven primarily by weakness in the construction sector, where output is estimated to have fallen by 3 per cent between the two latest quarters. But the dominant services sector of the economy grew only slowly while industrial production fell slightly.

The economy has shown no growth over the past year and has recovered less than half the output lost during the recession in 2008 and 2009.

In its April Economic Review, the ONA says:

Growth over the past eighteen months has been uneven, with four of the last six quarters showing negative growth. The stuttering nature of growth following the recession means that the economy is weaker relative to its pre-recession peak than at the corresponding stage of the depression in the early 1930s. It is also well below where it would have been if it had followed the path of either of the recessions in the early 1980s and early 1990s.

Folk music makes it. You can tell by the logo that they take themselves very seriously. 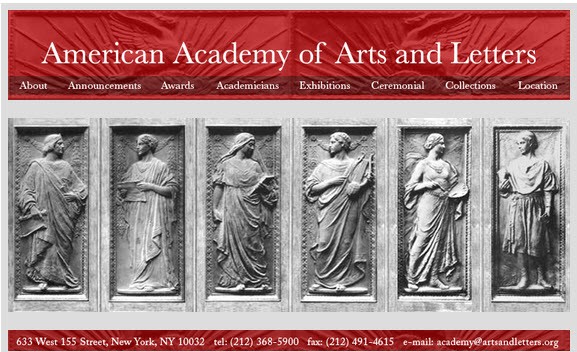 So the man who brought us Where Have All the Flowers Gone?, If I Had a Hammer (The Hammer Song), and Turn, Turn, Turn would not be many people’s obvious choice to enter its hallowed hall to collect the Academy’s “Distinguished Service” award for 2012. But the 92-year-old Pete Seeger will be doing that next month and the organisers hope he will even sing at the ceremony. 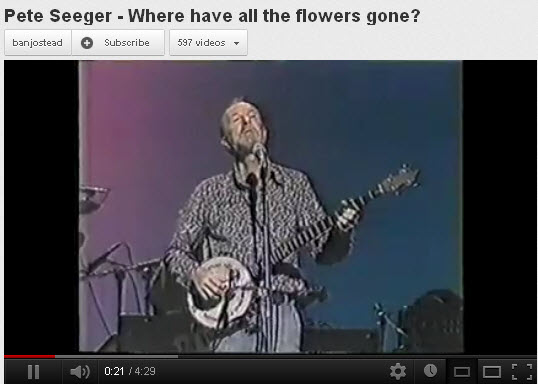 “It was a charming event in its way. But watching this Oxford-educated showman, perhaps appearing for the final time on a public stage, it was easy to forget one important truth. The newspapers Mr Murdoch owns are under investigation for a number of crimes that include bribery, perversion of the course of justice, destruction of evidence, interception of emails, phone hacking and perjury.”