Plibersek would win a face-off against Gillard

According to the political scientist Shawn W. Rosenberg of the University of California, Irvine, in the face and theTanya Plibersek visage seems to me to tick all the professor's right boxes.

It’s all in the head. Perhaps those Labor machine men chose the wrong woman to replace Kevin Rudd. I have been studying the head and shoulder pictures of the party’s female members of the House of Representatives and Tanya Plibersek seems to fit best with a fascinating theory on the importance of a politician’s appearance.

You see it’s all, according to the political scientist Shawn W. Rosenberg of the University of California, Irvine, in the face and the Plibersek visage seems to me to tick all the professor’s right boxes. 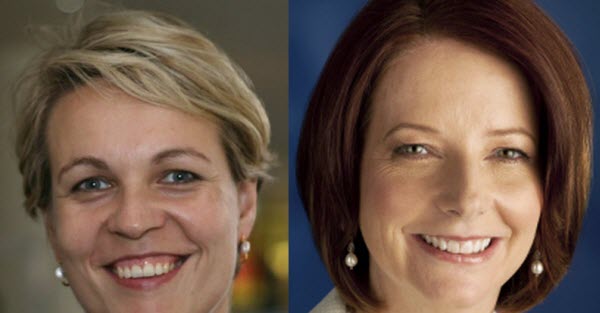 No desirable widow’s peak for either but the shorter Plibersek hair with the side part and the wonderful smile on a rounded face with a pronounced curve on the upper eyes outpoint the Prime Minister when it comes to a look of confidence.

The Rosenberg thesis that calculates that a good face can be worth 12 more percentage points at an election than the wrong face was summarised at the weekend in The New York Times. His research suggests that a candidate’s appearance — not beauty, but a look of competence — can generate a far greater vote swing than we previously thought.

Furthermore, this effect is not only powerful but also subliminal. Few of us believe, he writes, that appearance determines our vote, yet for a significant number of us, it may.

Not that all is lost for Prime Minister Julia Gillard. A series of studies led by Professor Rosenberg, showed that candidates could exert some control over the appearance factor. There is still time for some appearance changes.

Researchers first recruited 210 volunteers to rate head-and-shoulder shots of hundreds of women in terms of how “able looking” they were. From these ratings they determined that certain factors contributed to this appearance: for example, eyes with more curvature on the top than the bottom; hair that is short and parted on the side or combed back; a hairline that comes to a slight widow’s peak; a broad or round face; and a smile. Then they employed a Hollywood-style makeup artist and a photographer to use these criteria to create two images of each candidate, one more able looking and one less. (A second study confirmed that the manipulations had the desired effect.)

Finally, the researchers recruited another set of volunteers to do the voting. Each candidate was presented in her “attractive” form to half the subjects, while her opponent was presented in her “unattractive” form. The other half of the subjects saw the same women running under the same party banners, but with the appearance variable reversed. On average, the candidates received 56 percent of the vote when portrayed by the better campaign photo, compared with 44 percent when portrayed by the unfavorable photograph — a vote swing of 12 percentage points.

A Crikey commenter of the day. Botswana Bob this morning says it all quite neatly really:

As several commentators indicate, why is this surprising? Known as Slippery Pete, allegations about him have been around for years. When he was a card carrying Liberal, little was said and nothing done. Now that he turned coat the Liberals have – albeit temporarily – rediscovered moral standards and their bleating has quickly become high decibel.

Not that proof is needed but it again shows the hopeless amateurs that run the ALP. Everyone was aware of Slipper’s “colorful” record and you don’t need to be a rocket scientist to predict what Abbo and the Mudrock papers would do once opportunity knocked. Yet so intent was Dillard to humiliate Wilkie and appease the pokies lobby that the slippery deal was done. It’s now coming home to roost.

No inflationary pressure from one quarter. The comments by the Reserve Bank after its last board meeting have given the expectation that tomorrow’s consumer price index report from the Australian Bureau of Statistics will be the major factor in determining whether it reduces the official rate at its May meeting.

Well after this morning’s ABS report on producer prices we would have to say that it is so far so good for a reduction. 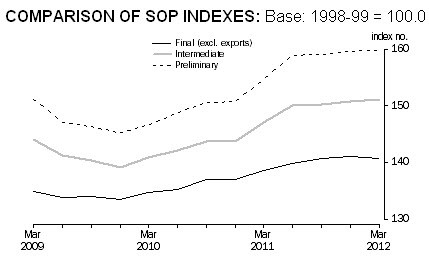 Putting my predictions on the record. I have survived embarrassment so far in my perhaps foolish decision to put my predictions to the test by having my money where my mouth is and making the results public on a little blog the political speculator’s diary.

So far since starting in November there has been a modest 21% profit on a notional $1000 bank and I’m hopeful that will improve when Nicholas Sarkozy fails to remain President of France.

Maybe soon I’ll have the courage to transfer the site to the Crikey blog section where I will no longer have the option of obliterating everything if and when things go wrong! 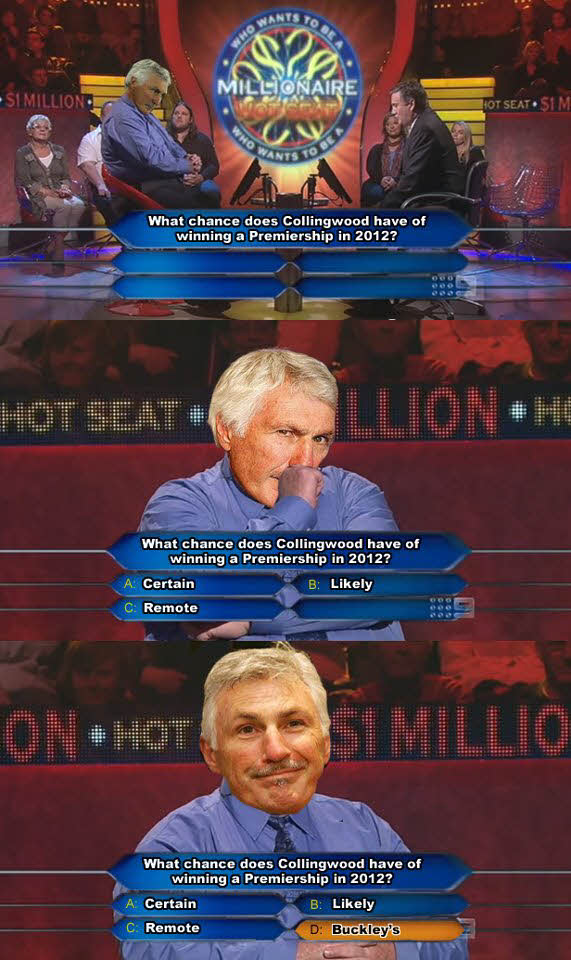