From the Crikey grapevine, the latest tips and rumours … Lao Lu to Kevin, as he sets sail on Weibo. Kevin Rudd may be planning for life beyond parliament. Late Wednesday night, Lu Kewen, as the former PM is known in China, appeared on popular local social networking site Weibo. Our Chinese-speaking correspondent reports his first post roughly […]

Lao Lu to Kevin, as he sets sail on Weibo. Kevin Rudd may be planning for life beyond parliament. Late Wednesday night, Lu Kewen, as the former PM is known in China, appeared on popular local social networking site Weibo. Our Chinese-speaking correspondent reports his first post roughly translated as: “Thanks to Rui Cheng for teaching me to use Weibo.” Rui is a host on the government’s CCTV2 television channel and famous for leading a campaign that led to the eviction of Starbucks from the Forbidden City.

Minutes later, Rudd’s following hit more than 4000 and the post generated 1600 comments despite its fairly low-key nature. His second post thanked everyone for their comments and apologised for his poor use of Chinese characters, which he said had become rusty, before ending the night’s dialogue with a simple “Goodnight”.

Rudd is using the account name Lu Kewen MP and signs off his posts “Lao Lu”, or “old Lu”. Lao is a respectful way to address senior workers in China, we’re told, and by using it Rudd is seeking to establish an intimacy with followers of his account. Perhaps if he can win enough support he might have a tilt at the Chinese leadership, which is up for grabs this year …

Bullying at Victorian government agency. More on Consumer Affairs Victoria and the apparently mounting allegations of bullying by managers (we asked the body to respond last week but are yet to hear back). Another staffer writes:

“Although I’ve not been subject to direct bullying at Consumer Affairs (except for some of the usual low level office s-xual harassment), I recently was surprised when a very senior manager loudly told a junior officer, who was standing next to me, not to talk to or approach another officer. I believe that the junior officer was later told by his boss that they wanted the other officer ‘out’ and no one was to talk to him. This freezing out approach is quite common here, just not talked about. But the present management seems to be no longer care and a culture of immunity and impunity seems to reign. Because of this and the job cuts no of us will speak up, as who knows who will be next.”

Signs point to an ugly Sunny Coast election. Things are getting nasty on the Sunshine Coast ahead of council elections on April 28. Deals are being made and broken in the back rooms amongst the mayoral and councillor candidates, says our spy. And one mayoral candidate is rumoured to have admitted to being responsible for vandalising opponents signs. “He considers them a blot on the landscape and they offend his environmental sensitivity,” we’re told.

Recruitment firms entrench age discrimination. Eva Cox wrote for Crikey yesterday on the need for new-age thinking on older workers. But according to one player, the role of professional head-hunters in reinforcing age discrimination in the work force cannot be underestimated:

“HR professionals in major companies outsource headhunting to contractors and it is difficult to circumvent fixed ideas as to the appropriate age at which one becomes unemployable.They have a number of formulas they use to filter out experienced workers — too qualified, too experienced or my favourite: ‘It’s really more a junior role , for an aspirational leader rather than someone with a serious track record. I don’t think they will consider you for this one, but will keep your CV in mind just in case when we meet with them.’ Oh really!”

Captain, you might need a reboot. From the Qantas Club in Melbourne last week, a slight technical malfunction. “I wonder what Microsoft would think of this?” asks our frequent flyer. Indeed … 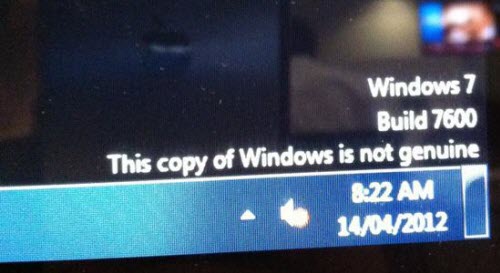 Spot on with the comment about recruitment agencies entrenching
bias. They’re too scared of losing the account to recommend anyone
who doesn’t fit the very narrow parameteers of selection. No wonder
we have a skills shortage when we can’t recognise the skills we do have.