Miners buy the story of the day

I suppose it’s cheap really. Hand over a few thousands for an ad and get the bonus of a page one lead.

Paying for page one. I suppose it’s cheap really. Hand over a few thousands for an ad and get the bonus of a page one lead. Not that many people really read The Australian but gullible journalists are among those that do. So it is that a blatantly self-interested plea from a group of miners is transformed into the political story of the day. 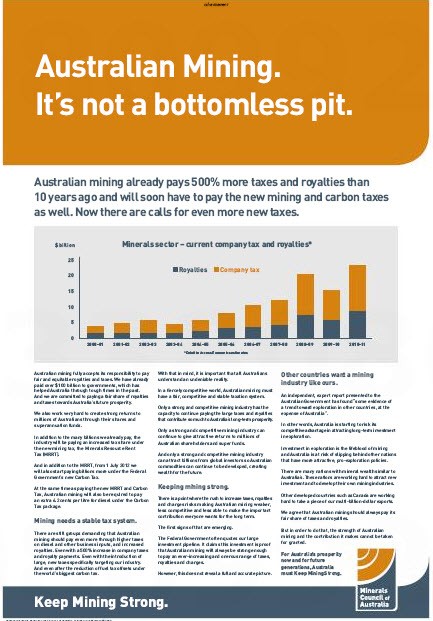 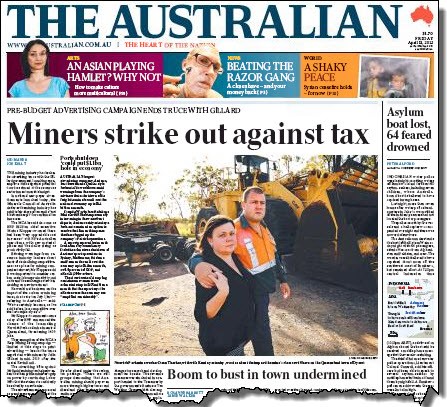 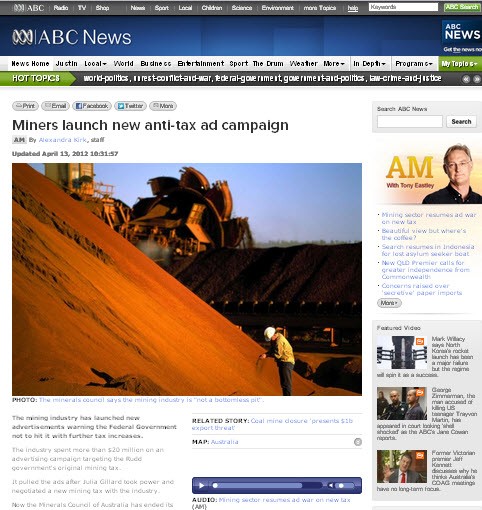 The strange world of borrowing. It was costing the Australian federal government 3.385% or so this morning to borrow money by way of its 10 year bonds. Over in the United States home buyers are paying just 3.11% for a 15 year fixed rate mortgage.

And on that question of interest rates. The enthusiasm about the likelihood of the Reserve Bank Board cutting official interest rates has waned a little this week. The Crikey indicator of a 0.25 percentage point cut has come down from almost 75% to this morning’s reading of 67.4%. 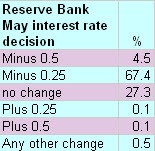 Government’s support going down. The market’s assessments of federal Labor’s election chances is getting decidedly gloomier. From a high point earlier this year of being given a 33% chance of winning the next election the Indicator is now down to 22% 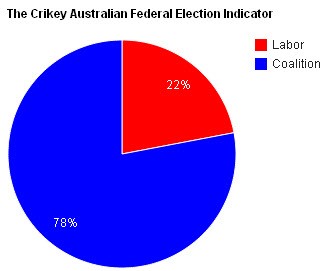 Not surprisingly the market assessment of Julia Gillard being replaced as the Labor leader before polling day is increasing – now put by the Leadership indicator at 46% she will be replaced and 54% that she will not be.

A little something to be going on with. It is 30 years since the publication of the first volume of Robert Caro’s biography of Lyndon Johnson and volume four, out next month, will still only take us to the subject being sworn in as President. The years of the Great Society and the Vietnam War are still to be covered by the great writer about power and politics.

For those of you not yet acquainted with Caro and his The Years of Lyndon Johnson — surely one of the greatest every political biographies — do yourself a favour and get a taste from the current New York Times Magazine. 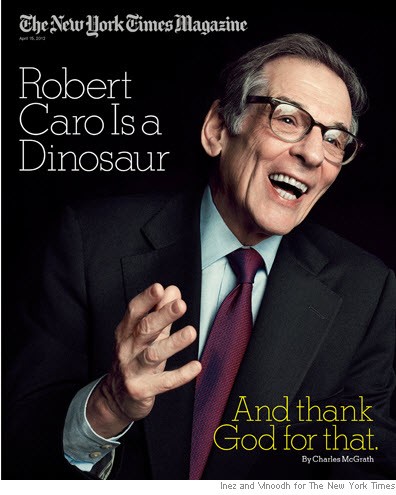 The Crikey version of the pub news quiz. For any of you wanting to while away a few minutes towards the end of the working day, our weekly “How Well do you Read your Crikey?” quiz will be posted here around 2pm.

Cry for the mining companies and their bosses, they are after all, doing it tough. Clive might need to divert attention away from his football club. Gina might have to give up her poetry.

In fairness – the mining companies are 100% right that their effective tax rate is much higher than other industries, plus coal mining is one of the few carbon intensive industries not compensated for the carbon tax.

@Phen: coal mining is 100% carbon, though. Perhaps it shouldn’t be compensated.

If Julia Gillard is the loyal dedicated, Labor Party member she professes to be and champion of the worker and families, she will very soon, like very very soon, resign the leadership. With her at the helm even the most profoundly basic roots Labor supporters are saying, enough is enough, with all the best intentions, she is leading the Federal Party into oblivion, the size of such wipeout that will practically destroy it. Hardly a memorial history will remember her kindly by.
I have no idea who should take up the reins, but at this stage to salvage something from the wreck, Rudd will do.
There is a time when reality must rule the heart.

you’ll have to tell yourself the time, bloke, Julia is busy ……