This morning’s March figures from the Australian Bureau of Statistics show the Australian economy is growing just fast enough to cope with increases in the workforce.

A steady employment trend. Put aside the normal ups and down in the seasonally adjusted employment, unemployment and participation rate figures and the trend looks clear enough. This morning’s March figures from the Australian Bureau of Statistics show the Australian economy is growing just fast enough to cope with increases in the workforce. 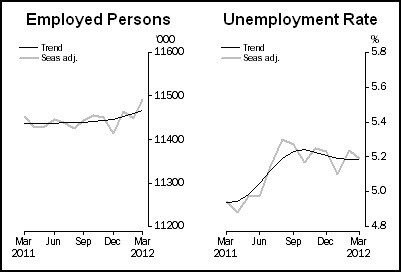 How Australia compares. On a world scale Australia is still doing better than most countries when it comes to unemployment. Overnight the OECD released its calculation of harmonised unemployment rates for the OECD area with the rate of 8.2% in February 2012, being broadly at the level it has been since January 2011. 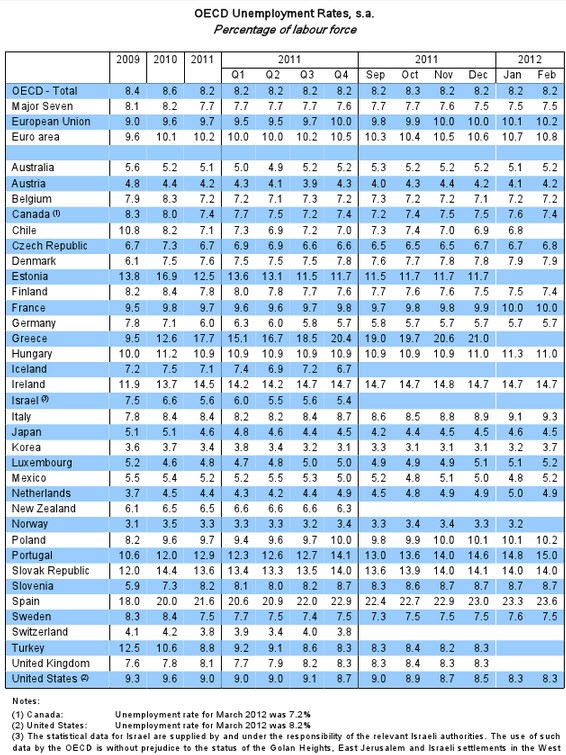 What the Pell! An interesting sidelight to Monday night’s Q&A appearance by Cardinal George Pell — the Catholic cleric has made the front page of the Australian Jewish News with comments described as “troubling”. 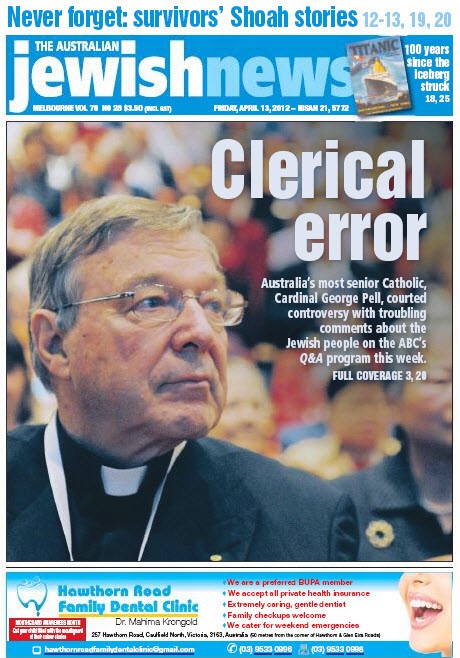 During a wide-ranging discussion on Monday night’s program, Pell — the Archbishop of Sydney — alluded to ancient Jewish people being intellectually inferior to ancient Egyptians and Persians, while also making the extraordinary claim that no people in history had been punished like the Germans.

When asked by host Tony Jones about God revealing himself to the Jews, Pell responded that it was extraordinary they had been chosen as they were not intellectually equal to the Egyptians, Persians or other powers of the time.

“The poor, little Jewish people, they were originally shepherds. They were stuck, they are still stuck, between these great powers,” he said.

“I’ve got a great admiration for the Jews but we don’t need to exaggerate their contribution in their early days.”

Later in the program, while talking about the Holocaust, Pell said “probably no people in history have been punished the way the Germans were”, prompting Jones to put forward the argument that the Jews of Europe suffered more than the Germans.

“Yes, that might be right. Certainly the suffering in both, I mean the Jews, there was no reason why they should suffer,” was Pell’s response

The Cardinal wrote to the Jewish News to clarify his Q&A comments. 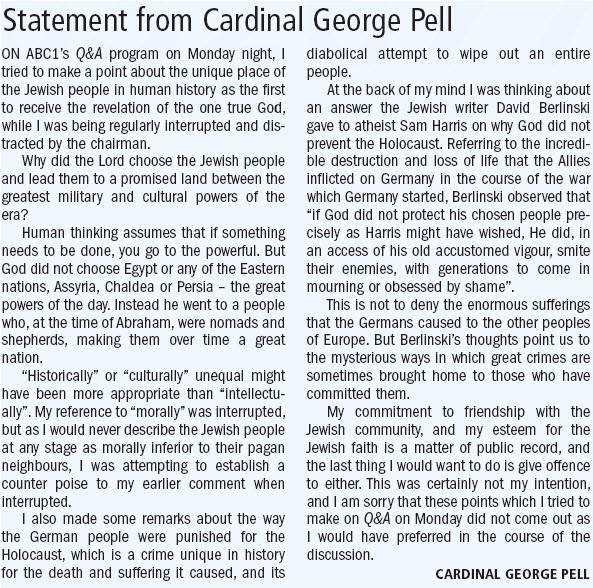 Perhaps the last word should go to the cartoonist Kron: 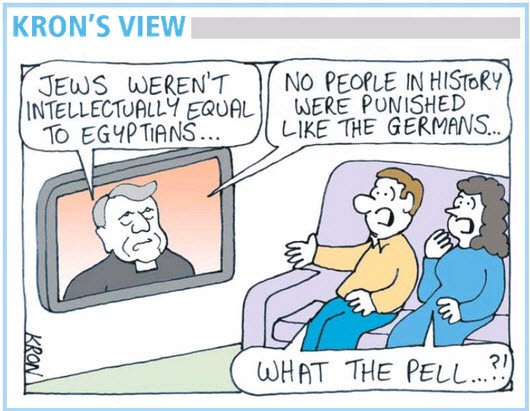 A policy for the Australian Research Council? A welcome policy change from one of the world’s largest research charities — the Wellcome Trust has thrown its influence behind the growing movement to take scientific research findings out from behind the publishing pay walls. Later this year Wellcome will start its own free, online publication to compete with established academic journals.

The BBC reports Sir Mark Walport, the director of the Trust, saying it is hugely important that the fruits of research be available to all.”One of the important things is that up until now if I submit a paper to a journal I’ve been signing away the copyright, and that’s actually ridiculous. What we need to do is make sure the research is available to anyone.”
Apparently the Wellcome Trust has for years been urging the researchers that they fund to publish in open access journals although, said the BBC story, so far, little over half have agreed to do it.

The major Australian funder of academic research, the Australian Research Council, has a similar policy of encouraging more open access to the results of its sponsorship. Ms Leanne Harvey, Acting CEO of the ARC, told Crikey:

“In order to maximise the benefits from publicly funded research the ARC encourages researchers to disseminate their findings as broadly as possible to allow access by other researchers and the wider community.

Since 2007 (for funding commencing in 2008) the ARC introduced clauses into Funding Rules encouraging researchers to consider depositing their data and any publications in publicly accessible repositories and ensure the widest possible dissemination of the research supported under its funding.

In late 2010, the ARC developed Funding Rules that allowed researchers to use up to two per cent of total non-salary funding to support the publication and dissemination of project outputs.“

The Australian National Health and Medical Research Council is also actively encouraging its researchers to publish their results in open access journals. The response of the retiring chair of the Australian Research Council Margaret Sheil has been more passive. However, it is good to note that ARC funds may be spent on open access publishing fees and hopefully the new chair will encourage open access publishing more actively.