ABC News gossip on management decisions. There are mutterings — we’ve only heard them second-hand so far — from journalists and presenters about the performance of ABC News director Kate Torney. She retains the support of management but some staffers are highly critical of recent decisions.

No hired fixers at Queensland Health. We told you yesterday Queensland Health was investing in new consultants to help sort out its payroll mess, despite new Premier Campbell Newman promising a freeze on contracted fixers. Well that’s just not true, according to the department. A spokesperson told us this morning: “The payroll portfolio in Queensland Health has not hired any new consultants since the announcement of the freeze by the Premier. Only one contractor has had a contract extended by one month (to April 30) which is fully within the terms of the recent directive from the Director-General.” Fair enough.

Guns OK on private farms. Gun crime has been a feature of newspaper front pages in Sydney in recent times. So why, asks one gun-totin’ Crikey reader, is the NSW government allowing people to simply tick a box to say they have permission to shoot on a private farm without any checks? “I know people are falsely ticking this with no permission and NSW Police do not in anyway check if permission was granted,” they claim. We’re not sure about this — do you know more?

Can their minds really be changed? A new ABC series asks I Can Change Your Mind About … In the case of climate change, which will pit conservative sceptic Nick Minchin against Australian Youth Climate Coalition chair Anna Rose, it seems the minds of Minchin and others won’t be easily changed. A web poll on the show’s website, to be used as part of the special, shows a majority of the audience is “dismissive” about climate change … 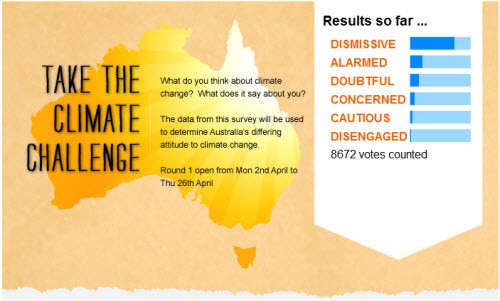 Inflated razor heads slice into budgets. Gentlemen: you should be aware, as the The Daily Mail reports in England, that those expensive razor blades you’re buying at inflated prices cost about eight cents to make. “When,” asks one Crikey reader, “is the ACCC going to finally crack down on extreme consumer rip-offs? Why are Australians charged among the highest prices for such products?” Good question.