A cautionary little graph from the OECD overnight as the federal government enters the final stages of its budget preparations.

It’s only a sign but… A cautionary little graph from the OECD overnight as the federal government enters the final stages of its budget preparations. 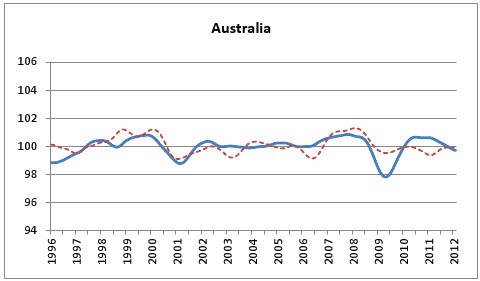 Australia is beginning to lag behind OECD countries as a whole when it comes to economic performance.

The Organisation every month releases its composite leading indicators (CLIs) designed to anticipate turning points in economic activity relative to trend which is shown as 100. While the February figures continue to point to a positive change in momentum in the OECD as a whole, Australia is trending down.

The month on month growth rate for Australia as measured by the CLI has fallen every month during the last year. The February index number of 99.70 now shows a year on year fall of 0.88 points.

No cause for panic in that decline but it does suggest that this is not an ideal time to be slashing government spending.

Advertisement of the day. From Germany comes Unilever’s new range of low fat foods being sold with the help of an English language slogan. 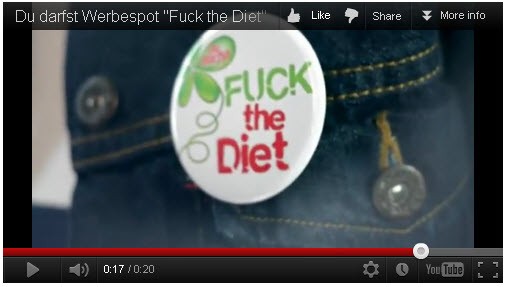 A fit and proper party president. The Hospital Services Union affair just keeps chugging along nicely for the federal Opposition and it hasn’t even started concentrating on Michael Williamson yet.

What wonderful scope the sidelined HSU national president will provide when Tony Abbott gets around to it, presumably after the release of Ian Temby’s report on the union’s financial affairs. Mr Williamson was, after all, considered by the Labor Party as recently as 2009 to be the fit and proper person to be its national president.

Here we go again? This time the financial rain appears to be falling on Spain. 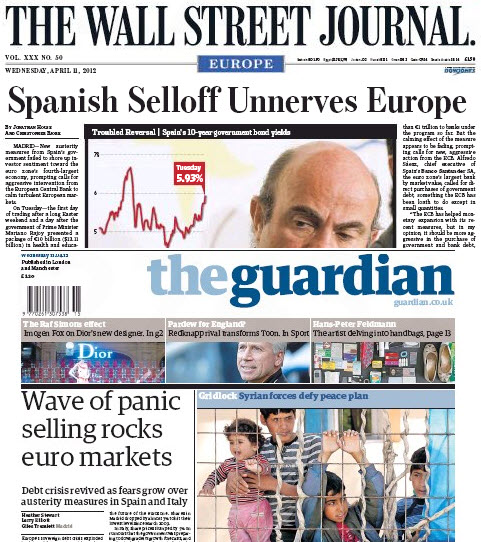 The decline in the country’s government bond rate created by the European Central Bank flooding the continent with newly made Euros has reversed. Rates on 10 year bonds were back last night almost to the six per cent level where affording the interest bill becomes a very serious problem.

Try a MintChip. Get rid of that pocket full of coins. Try a MintChip instead. The Royal Canadian Mint is on the way to abolishing hard currency.

“Money, as we know it, is fine for today, but tomorrow is a different story,” says the RCM in an introductory MintChip video.

“MintChip is better than cash, since you can use it online.“

MintChip stores value in a physical chip, and transfers money between chips using heavily encrypted “value messages.” The system has no centralized database and will be an anonymous method of payment. Coins will become a thing of the past. 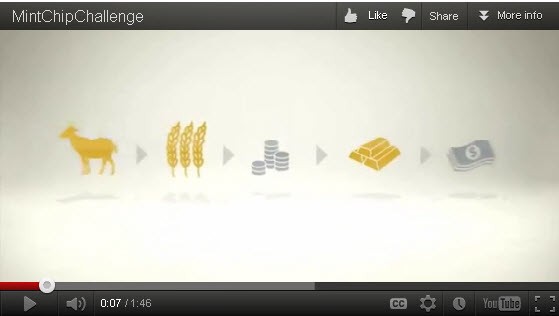 The Mint has launched a program for developers from across North America to test and challenge its digital currency technology that Ian E. Bennett, its President, describes as “an evolution of physical money, with the added benefits of being electronic.”

The Royal Canadian Mint is also running a competition for the best idea for using digital money. Selection is according to the number of votes the idea obtains from the public. So please vote for my idea at http://t.co/GMlRgE5C

My proposals is that “A digital currency can be used for Creating inflation & crisis resisting Green Money http://www.gmwg.org anchored to local renewable energy to tie market prices/costs to bioregion”

Ideas were limited to 150 characters. Additional details can be found at http://www.gtne.org/?q=node/337 and on the Green Money Working Group site at: http://www.gmwg.org

You can join me in a global online discussion on this topic on Monday April 23 from 8 am to 9 am Sydney time as described below:

Transforming finance from the ground up
Global on-line one hour live presentation including 20 minutes of Q & A’s
Sunday, April 22 at 23:00 GMT (6 pm New York time & 8:00 am Sydney time Monday, April 23)
Dr Shann Turnbull MBA (Harvard) and members of:
Monetary Reform Working Group who provide a 25% discount from $US39 by
Registering at: http://betterworldforum2012.com/monetaryreform at $U29 for:
Four days of interactive membership of Better World Forum on April 21/22 and April & 28/29

MintChip sounds a lot like the idea behind BitCoin which aleady has it’s own economy going ( http://en.wikipedia.org/wiki/Bitcoin )

That’s not the first time you’ve got it wrong, Richard Farmer.

Perhaps you not a fit and proper person to be a commentator!