Facebook's billion-dollar purchase of Instagram may look extravagant, but it makes sense if you consider scale, strategy, timing and the not-talked-about streams of personal data.

Facebook’s billion-dollar purchase of mobile photo-sharing service Instagram may look extravagant, but it makes sense if you consider scale, strategy, timing and the not-talked-about streams of personal data.

Instagram has been a hit ever since it was launched via Apple’s app store in October 2010. It’s easy to see why. It transforms the less-than-brilliant photos typical of phone cameras into distinctive, nostalgic images — faux Polaroid, Kodak Instamatic, sepia tones and the like — and provides easy sharing through Facebook, Twitter, Flickr, Tumblr, Foursquare and Posterous, as well as Instagram’s own site.

Photography snobs pooh-pooh Instagram for not being “real”, whatever that means. I certainly find the artificial retro stylings just a tad too kitsch. I agree with Brian Eno: accept the limitations of the device, and work with them. But each to their own.

The real reality, though, is that for millions of people photography has become a quick and easy hobby. Sure, a digital SLR camera and Photoshop experience will produce a more professional image. But happy snaps are about the moment and the memories and the did-you-see-this, and Instagram provides that for “free”.

Of course “free” is in quotes because every Instagram user is paying with their privacy. Not the privacy they lose by making their photos public, that’s under their control. The privacy they lose by revealing where and when they took the photo — because images generally have time stamp and geolocation data embedded — and what they’re interested in.

That data stream is one of the most important things Facebook is getting for its billion bucks.

Facebook could replicate Instagram for a few tens of thousands of dollars. Or it could buy one of the many similar smartphone camera apps for not much more. But Instagram already has a user base and a reputation, and that’s a great head start.

In short, the other important thing Facebook is buying is the most valuable currency in the internet start-up scene. Buzz.

That’s why Facebook paid double the $500 million valuation placed on Instagram only last week. It has made front-page news globally. It has got everyone talking. It tells the world that Facebook is supremely confident in its position.

Like a peacock investing in its tail, Facebook just spent a full quarter of the cash it had on hand at the end of December 2011.

No one should be surprised by the Instagram deal. Growing fast and selling for big bucks is the entire purpose of these internet start-ups.

And when you think about it, Facebook is paying less than $100 for another detailed window into people’s personal lives.

Users snap over Instagram, but should have seen it coming 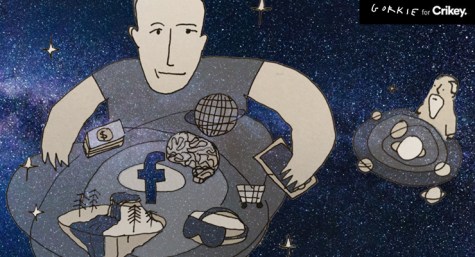 Forget space travel, the Zuck wants to take us into the metaverse. Where is that? 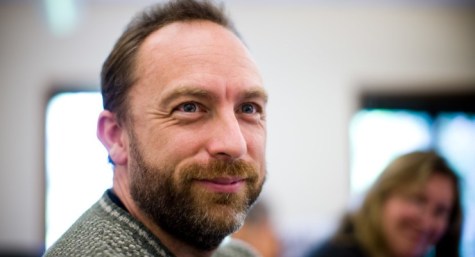 It’s a lot to pay for buzz.

I think Techcruch has the real reason – negate a competitor who has been growing extremely fast and threatening one of Facebook’s major drawcards..photo sharing.