Crikey Clarifier: why we’re all talking about the Falklands

Britain and Argentina again are at loggerheads over the Falklands, writes Craig Snyder, senior lecturer in international relations at Deakin University.

The deployment to the Falklands of Prince William (the conqueror) as a search-and-rescue chopper pilot has been labelled as provocative by Argentina, resulting in ships that have called at the Falklands being turned away from Argentine ports. Britain and Argentina again are at loggerheads.

Violence erupted over the 30th anniversary of the Falkland Islands War of 1982. Protesters in Argentina gathered outside the British Embassy in Buenos Aires throwing rocks and Molotov cocktails at the embassy and police. Tensions between Britain and Argentina have flared in the lead-up to the anniversary of the Falklands War and over the comments made by both governments in their commemorations.

David Cameron, the British Prime Minister, stated: “We are rightly proud of the Britain played in righting a profound wrong.” Argentina’s President Cristina Fernandez de Kirchner in her commemorative address called the British stance on the future of the islands as “absurd”. Responding to Cameron’s comments the Argentine Foreign Ministry said Cameron’s comments reflect “persistent glorification of colonialism”.

Thirty years ago, on April 2,1982, Argentina launched a military action to seize the Falkland Islands (Ilas Malvinas) from British control. Britain launched a counter-invasion on May 21, 1982, with the Argentine forces surrendering on June 14.

Tensions between the two countries have escalated with Fernandez gaining support from the Mercosur trading block (Brazil, Argentina, Paraguay and Uruguay) to close its ports to all Falklands-flagged ships.

In late February, two British cruise ships, P&O’s Adonia and the Princess Cruises’ Star Princess, were turned away from the city of Ushuaia on the southern tip of Argentina because the ships had previously called at the Falklands. In early February, Prince William was deployed to the islands on a six-week tour of duty as a search-and-rescue helicopter pilot. At the same time it was announced that HMS Dauntless would deploy to the South Atlantic on its maiden mission.

Argentina declared both actions provocations and militarisation of the islands, saying Prince William would be arriving as a “conqueror”.  The British refuted this, stating that both were routine deployments with HMS Dauntless replacing the current British ship on deployment in the region.

What is the Falklands legal status?

Whose claim is stronger?

Under international law, the legal status of the islands in 1833 will be the main factor in any decision.  Whether the British claim was extinguished in the 1770s, or whether Argentina has any claim on other Spanish territory in the South Atlantic or whether Argentina at any time acquiesced to British sovereignty after 1833 would be issues for the International Court of Justice (ICJ) to decide on.

However, the dispute is unlikely to be sent to the ICJ. While Argentina has asked for a diplomatic solution through negotiations over sovereignty, the British are adamant that the wishes of the Falkland Islanders should take precedence.

Who lives on the Falkland Islands?

The CIA World Fact Book cites the population of the islands in 2008 as about 3140.  More than 70% of the population are of British heritage with minorities from Scandinavia and some from South America, mainly from Chile but also some from Argentina.  As of 1983, the islanders are full British citizens.

Isn’t this really all about oil?

The importance of sovereignty and the historic legacy of the dispute should not be ignored, especially as a result of the 1982 war.  As we see with the protesters in Buenos Aires, passions in Argentina, the Falklands and Britain run deep over the issue.  However, the discovery of oil offshore has increased the importance of the dispute. In the 1990s Argentina and Britain agreed to rules for oil exploration however, Argentina withdrew from the agreement in 2007.

At the moment, any potential oil fields remain undeveloped. In 2010 the British authorised further exploration and a British company, Rockhopper Exploration, announced it has found recoverable reserves of  400-500 million barrels of oil and hopes to start production in 2016.

Could we see another war?

This is highly unlikely. Argentina in 1982 was governed by a military junta that was seeking domestic legitimacy as a result of several years of poor economic performance and continuing unrest as a result of the “Dirty War” against opponents to the regime. Since the war, democracy has been restored to Argentina and it has consistently called for peaceful resolution of the dispute. Militarily, Argentina has not greatly expanded its capability to launch a military invasion of the islands.

As for the British, while the 2010 Strategic Defence and Security Review called for the decommissioning of the Royal Navy’s only aircraft carrier, HMS Ark Royal, which would hinder the British ability to launch another counter invasion, the British military presence on the islands is much larger than the 50 Royal Marines and one survey vessel in 1982. Post-1982 the British have built an air base with a larger runway to allow for quicker reinforcement, if needed, and have permanently deployed a flight of four Typhoon fighter-attack aircraft, an air defence battery and an offshore patrol vessel, all of which can be supplemented by the most modern of warships and submarines.

War of words over Gibraltar 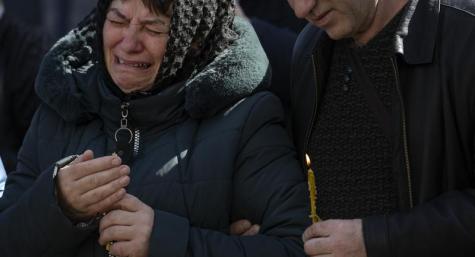 Whenever I see something on the Falkands/Malvinas war, I remember an opinion piece I read years ago in New Scientist. It is still available online. Unfortunately you need to be a subscriber, to read the whole thing, but the taster gives its flavor: Science makes the world go round – The really important moments in history