Not publicly releasing the report by Fair Work Australia into financial shenanigans at the Hospital Services Union is a wonderful result for the federal Opposition.

The Coalition will be delighted. Not publicly releasing the report by Fair Work Australia into financial shenanigans at the Hospital Services Union is a wonderful result for the federal Opposition. Cover ups always cause greater problems for governments than what they are trying to hide and this will be no exception.

Far better to hint at dreadful deeds by a Labor Party desperate to protect its slender majority in the House of Representatives than for the truth to be generally available.

When things are clearly on the public record — no matter how damning they might be— politicians are reduced to silence lest they be guilty of really prejudicing someone’s trial.

A reluctant correction. My long time friend Jack Waterford mentioned me in an anecdote he used in his Canberra Times column this morning that I thought I should correct before someone else suggests I am trying to hide my often embarrassing past. Having written how the Gillard Government is doomed and Labor should now be concentrating on damage control, Jack wrote:

Richard Farmer, journalist and one-time Labor staffer, used to tell a tale of working on the drafting of Barry Unsworth’s campaign speech in 1988, when (after the popular years of Wran) NSW Labor had become deeply unpopular. Party organisers came in with more and more announcements and promises they wanted included in the speech.

Farmer argued against them: NSW could not afford to deliver them and the promises were economically irresponsible, he said.

To which the response was that there was no prospect whatever of their being implemented, because a Liberal victory was certain. The only purpose of the promises was to limit the size of the disaster.

While I would like to be seen as the principled person arguing for truth and responsibility, alas it was not so. Yours truly was among the advocates of impossible promises (I remember wanting beer prices reduced) with Premier Unsworth the advocate for principle.

Three wins make him all but. The contest now is surely all but over. Mitt Romney’s three wins this morning our time in Republican primaries increased his lead in the race for the Republican presidential nomination. 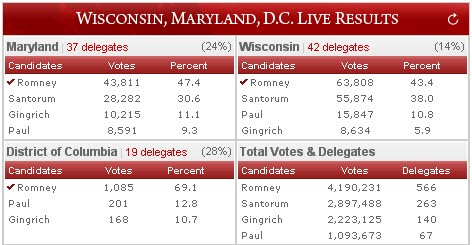 The market now assesses Romney’s chances at well over 90%

A solution for Julia. Follow Mitt Romney’s actions as shown in this special The Onion television news report and get rid of the “there will be no carbon tax in a government I lead” problem once and for all. 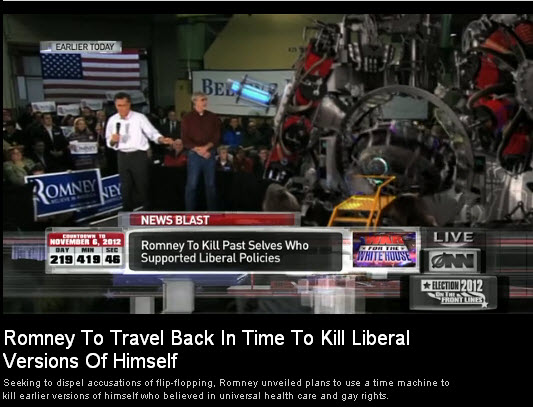 Some icy relief. The polar bears should be happy — the end of March saw much more sea ice in the northern hemisphere than last year. These are the latest figures from the US’s National Snow and Ice Data Center: 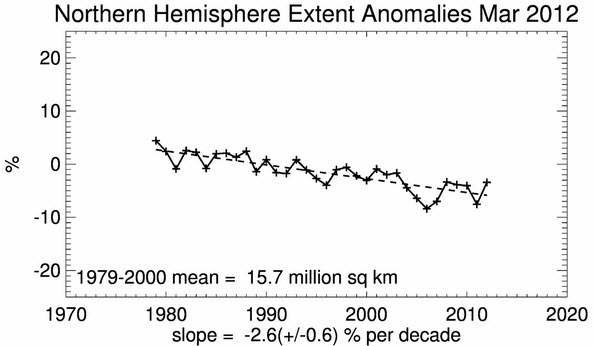 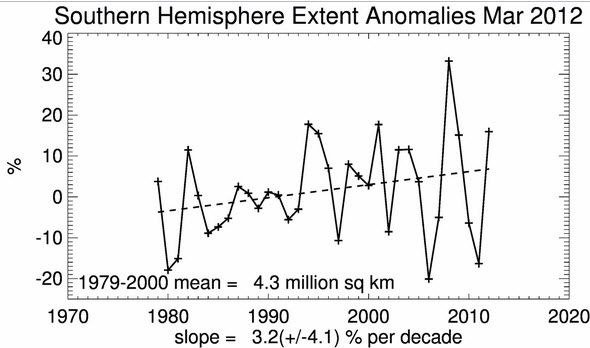 Make of them what you will. To the old global warming believer me they just illustrate the complexity of the data that we grapple with on this issue.