Saving a few extra dollars can cause all sorts of unwanted attention. That's the situation Queensland Premier Campbell Newman finds himself in after axing respected arts awards.

Sometimes, saving a few extra dollars can cause all sorts of unwanted attention. That’s the situation Queensland Premier Campbell Newman finds himself in today, after peremptorily axing the state’s literary awards, named after his own office.

Newman’s motivations for axing the awards are plain enough: he’s going to save some coin. The new Premier is not well-known for his love of the arts, and a literary awards night would not head most voter’s lists of top state government spending priorities. To add some extra spice, former premier Anna Bligh, whom Newman so convincingly bested in the recent state election, was also the previous arts minister, and a well-known supporter of the state’s nascent cultural industries.

Axing the literary awards therefore must have felt doubly rewarding: not only was Newman saving the taxpayers of Queensland some money, he was also making a non-too-subtle statement about the new priorities of Can-Do Queensland.

The decision has been greeted with considerable public criticism, even ridicule, in Queensland and nationally. Greens deputy leader Christine Milne put out a presser entitled “the actions of a philistine”, while prominent author John Birmingham slated the incoming government for not caring about Queensland writing and publishing. Literature Board member and University of Queensland creative writing academic Stuart Glover wrote that Newman “has signaled that that he doesn’t understand the way artists and writers help us make a civilized society”.

Meanwhile, UQ Press has announced it will go ahead with the two awards under its imprimatur — even without the state’s prizemoney. “It’s important that people understand that the Unaipon award was devised by UQP and, in the early 2000s, it was brought under the Queensland Premier’s Literary Awards which give it a lot more prominence but it’s actually not theirs to axe,” UQP chief executive Greg Bain told The Courier-Mail.

The Queensland Writers Centre’s Kate Eltham (disclosure: Kate is my sister) told the ABC that the Liberal-National Party had broken an election promise: “During the election campaign the shadow arts minister talked about no net loss to the arts in Queensland. So if we’re seeing a cut to the Premier’s Literary Awards we’d really like to see how the new government might be using that money to support emerging writers in other areas.”

The LNP did indeed make that commitment. In opposition, arts spokesman Scott Emerson even debated Labor’s then arts minister Rachel Nolan on arts policy during the election campaign, broadcast by the ABC on March 18. During that debate, Emerson promised to maintain funding levels:

Emerson: “Our commitment is not to cut funding to the arts at all. We’re committed to maintaining the funding for the arts.”

Whatever their other faults, Labor under Peter Beattie and Anna Bligh were surprisingly strong supporters of the arts. The Gallery of Modern Art, financed and built during the Bligh-Beattie government, remains a signature achievement, as does the new State Library building at Southbank. Arts funding also increased by about 5% annually during Bligh’s final term, according to Nolan.

In contrast, arts funding at the Brisbane City Council when Newman was lord mayor suffered some serious cuts. Newman cut half-a-million dollars in funding from the Brisbane Festival, slowly squeezed the funding for the Brisbane Powerhouse in real terms, and cut three-quarters of a million dollars from emerging artists programs.

In fact, there is a bit of history here. One of the early battles between Bligh and Newman came when Newman was mayor and Bligh was serving her first term as arts minister. Brisbane City Council and Arts Queensland had a joint funding program called Creative Sparks, which supported emerging artists. Newman tried to kill it off, before Bligh intervened to enforce the contractual agreement the council had signed with the state government. Newman later reduced the council’s share of the funding by 40%.

Given the history, it’s hard not to conclude the arts are being singled out. Newman has an ambitious program he wants to accomplish in his first 100 days in office, and yet has still found the time to kill off the state’s writing awards in one of his first concrete spending decisions. Queensland’s arts community is understandably bracing for further cuts in coming months.

It doesn’t help that incoming Arts Minister Ros Bates has not even made a comment about her portfolio yet. Bates, a former businesswoman from the Gold Coast, was not the shadow minister for arts in opposition — Emerson had the portfolio — and we know little of her commitment or attitudes towards the arts. When Crikey rang her office this morning, there didn’t appear to be a lot of policy work going on (a spokeswoman for Bates told us that media and policy staff “are still being appointed” and “someone will get back to you but I don’t know who”).

Crikey understands that Bates wasn’t even told of the axing before Newman made the announcement. She apparently found out from a Courier-Mail reporter.

The value of the awards themselves is worth discussing. Most of the states, as well as the Commonwealth,  have writing and book awards of this nature, but Queensland’s was one of the most comprehensive, covering 14 different categories. As well as the typical gongs for fiction and non-fiction, the Queensland awards had special prizes for unpublished manuscripts and play scripts, and also supported important but often-neglected subject areas such as science writing. As Chad Parkhill points out in a post at Meanjin, the Unaipon Award was of particular value as it made “Queensland the only state with an award specifically for indigenous writing”.

That seems like a pretty valuable piece of cultural infrastructure to sacrifice. As for the savings, they will amount to $244,475, in a budget deficit of approximately $4.6 billion. 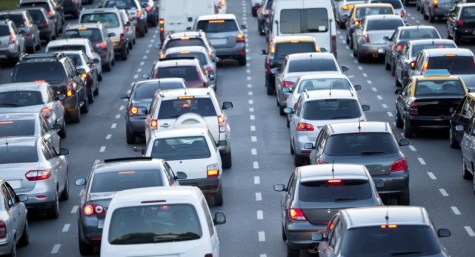 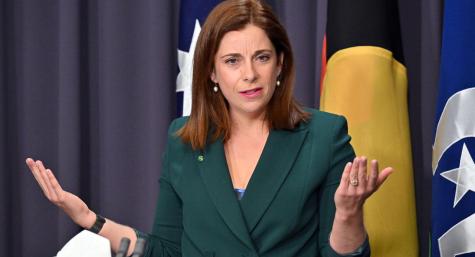 Bid for aged care pay rise to be revealed

If Mr Eltham wants to make the call now that arts funding will not (contrary to the statement of Mr Emerson) be maintained I would think the judgement might be withheld for a few more weeks rather than require a compensating increase in arts funding forthwith. For a newsletter that points to other organisations’ lack of balance in their reporting I don’t think this effort is much better.

“Newman’s motivations for axing the awards are plain enough: he’s going to save some coin.”

Well no, as the author clarifies later in the article. This is pure retribution against the art establishment (with a few million Queenslanders as collateral damage) with whom Newman has clashed with repeatedly as mayor and who he probably correctly guesses do not and never will vote for him. (and please let’s forget the pr bs about opera).

It is also an abuse of power. No discussion–probably not even with Ros Bates–just unilateral CanDo action. And I probably shouldn’t but cannot help thinking that this says it all:

“Bates, a former businesswoman from the Gold Coast…”

Her Manolo Blaniks are probably white.

I’ve never equated Queensland with any concept of culture, back to the good old days I suppose, white shoes and red necks.

Q: What do you call the abolition of the Premier’s Literary Awards?

What else did you expect? Premiers’ Literary Awards are a vanity project, designed to make the Premier feel good, bathed in the glow of the adoration of the luvvies. The luvvies reciprocate by using their column inches to promote left and green agendas. Mr Newman would have been somewhat fortified in his decision by last year’s nomination of David Hicks.

It’s a safe bet that he isn’t going to lose a single vote as a result of this.

(Declaration of interest: I have received payments from government-supported magazines.)

@Michael R James
“A few million Queenslanders as collateral damage”: exaggeration by a factor of, well, a few million.

What are you referring to when you talk about “pr bs about opera”? Has Mr Newman signalled funding cuts there, too? O frabjous day!