Robert Dessaix: in praise of idleness

‘Robert Dessaix’, the performance The other night at the Wheeler Centre, where I seemed to have camped out lately, we saw the celebrated writer Robert Dessaix take the stage for one of his brilliantly sly and penetrating performances. By penetrating I mean how he seems to cut into the moment — loosing the sap? the […]

The other night at the Wheeler Centre, where I seemed to have camped out lately, we saw the celebrated writer Robert Dessaix take the stage for one of his brilliantly sly and penetrating performances. By penetrating I mean how he seems to cut into the moment — loosing the sap? the blood? — and make it tremendously vivid, so that we all felt very awake and present. And when I say performance, he is performing the persona he’s been refining for a long time — ‘Robert Dessaix’ is a talker, full of dramatic and witty intonations, dry and disconcertingly direct. Bluntness somehow fused with charm. And that low voice with its rainbow glimmerings of fugitive accents.

He was there to promote his latest collection of essays, characteristically titled ‘As I Was Saying’. His interlocutor, who forgot to introduce himself to the crowd, was Crusader Hillis (okay, you google it), partner in Hares and Hyenas, a celebrated specialist (GLBTIQ) bookshop in Fitzroy. Crusader did a fine job in playing the unwitting straight man; his Qs prompted some of the curly As. Bon mots is a phrase made for Dessaix. Bon bon mots, I dare say.

(I have italicised Dessaix’s emphases; it’d be too much in print but entertainingly just right in person. It worked splendidly for the full house. None of that Aussie monotone.)

Dessaix talked about “the tower”, which starts his new book. About how writers — Montaigne, Vita Sackville-West had actual towers — retreat to their rooms to write. He explained how he had a fine view from his window in Hobart, of mountains and the harbour.

On not sitting in the tower all day: ‘A post-prandial helps, in my experience.’
(‘In my experience’ — it’s his garnishing that provides the arch comedy.)

On his formative years: ‘There’s nothing freer in the world than an adopted only child.’

On the essay, a favoured form: ‘The personal essay is not in its heyday, as opposed to the political essay. Most of our essays are there to convince you . . . I don’t what to convince anyone. I just want to share with you what I think.’

Hillis proposes an extended theory that Dessaix likes going against orthodoxy, doing the research to have it all at his fingertips and then contradicting that. Dessaix, nodding, as at an attentive student: ‘Mm, good, good.’

Are essays like journalism? Dessaix, punning: ‘Journalism is about the day, don’t you think?’ . . . ‘Essays will be read in 500 years — and the reader will think, yes, that’s a deeply human thing which I can also feel.’

‘Because Montaigne is idle, and I write in praise of idleness. But it is not the same as indolence. Understanding the difference is a  — “a” (holding up a finger) —  key to a good life.’

‘That’s what I mean by mindfulness — it’s an attentive tranquility. Like a dog. But not a cat.’
(Laughter) Hillis: ‘Would you care to elaborate on that?’ Dessaix: ‘Not much.’

How you know you’ve come across that rare thing, a close friend: ‘[You feel] something is going to catch fire when you’re together’ . . . ‘someone you can josh.’ (‘Josh’ — a great, underused word.)

On writing and life: ‘I’m looking for ways to make this [life] good — I do that by finding layers of meaning and experience in every day things, that’s what I try to do, what we are all doing — going through the layers to find what it is that makes [life] profound . . . despite having to go to Safeways.’

Dessaix tells how he is inspired by the Silk Route, but ‘why not Bolivia, or New Zealand, or. . . I blame Raoul Dufy.’ (He says that seeing Dufy’s work in an art book as a teenager turned him on to palm trees and colour and the middle east.)

He then quotes his partner, the art critic Peter Timms, on Dufy: ‘How embarrassing it must be to be so profoundly influenced by someone so second rate.’ (Which killed me because, well, Dufy is not a good art influence, at any rate.)

Remarks that ‘Levant is one of my favourite words.’

‘I feel like I can’t know myself unless I can go somewhere and look back at myself.’

On the thrill of being in Palmyra in Syria: ‘I can go to Devonport any day of the week, but I can’t time travel in Devonport, do you know what I mean?’

Hillis asks how he feels about his writing being categorised.  Dessaix: ‘Readers couldn’t care less! I’m a gossip, a high class gossip . . . I should be in the gossip section.’

What are you reading? Dessaix: ‘I’m reading Madeleine St John’s Women in Black about women in a department store in Sydney in the 1950s. I used to work in retail across the road from David Jones then . . .’

‘Zadie Smith’s White Teeth . . . that sort of knocked my socks off.’

‘I just want to read them (the greats) again and again.’

To questions from the floor about writing:

‘If you know too much about writing you can’t write.‘

‘The only thing I know is how to do is to contract a voice. Of course it is constructed. It’s there to seduce you.’

‘I’m talking to real people and that’s the only way to construct a voice. And I know exactly what I’m doing.’

‘At the beginning (at the ABC) we were all told — Do not speak to Australia — it doesn’t exist. Speak to a friend.’

‘A voice has to be directed at someone.’

On conversation: ‘I don’t what information — I can google information. I want feelings! That’s why I like talking to women — they tell you how they feel, who wouldn’t what to talk to them?’

On being part of the supposed “elite”: ‘Elite in that I don’t have to do the things [the jobs] that tire people out.’

‘The important measure [of time] is the day — it is working out what makes a good day. There is the new sense of time, that you don’t have to hurry anymore.’

‘To admit to being busy is to admit failure.’

But we all thought it ended very well. 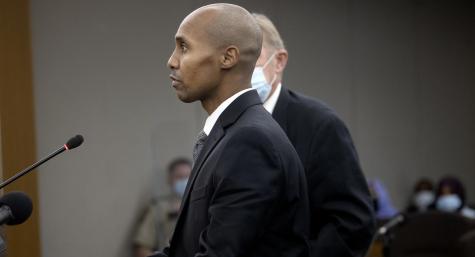