Waiting for the first challenge story of autumn

Surely an appearance cannot be long away. I was surprised that last week’s Newspoll did not bring it forth. Absolutely stunned that today’s Nielsen failed to flush it out. But surely, surely it cannot be long.

Waiting for the first challenge story of autumn. Surely an appearance cannot be long away. I was surprised that last week’s Newspoll did not bring it forth. Absolutely stunned that today’s Nielsen failed to flush it out. But surely, surely it cannot be long — the return of that regular visitor, the leadership challenge speculation.

So it has come to this. Irony and jokes can be dangerous things for politicians. Hence my wondering about the wisdom of the Prime Minister relating the story of her comment to President Barack Obama: “You think it’s tough being African-American? Try being me. Try being an atheist, childless, single woman as prime minister.”

Perhaps the most appropriate comment I can make is to borrow this one from the cartoonist xkcd: 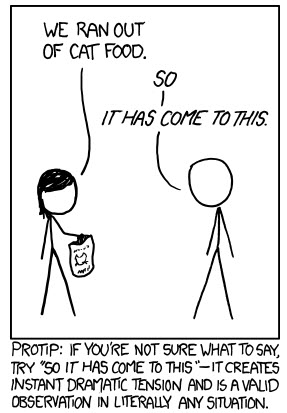 The housing decline goes on. For two years and two months now the trend in Australia of dwelling approvals has been down. Australian Bureau of Statistics figures for February out this morning suggest that the end of the decline is not yet in sight. 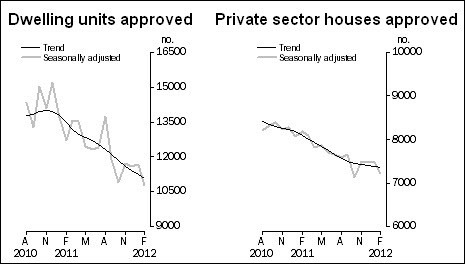 So you think that information on labels really matters. French and North American researchers have questioned the value of putting detailed nutritional information on packaging.

Université Laval’s Maurice Doyon and French and American researchers found that U.S. consumers know surprisingly more about the fat content of the foods they buy than their French counterparts. Paradoxically, the obesity rate is nearly three times higher in the United States (35%) than it is in France (12%). In light of these results, published in a recent edition of the British Food Journal, (unfortunately like so much academic research behind a paywall) the researchers cast doubt on the notion that providing nutritional information is an effective way to encourage healthy eating habits.

In a press release, Dr. Doyon of the Faculty of Agriculture and Food Sciences, along with his colleagues Laure Saulais, Bernard Ruffieux (France), and Harry Kaiser (United States) outlined hos they had over 300 French, Quebec, and American consumers answer a questionnaire designed to test what they knew about dietary fats. Questions dealt with the amount and types of fat contained in various foods and what the nutritional recommendations are regarding these fats. Participants were asked to answer “Don’t know” rather than hazard a guess.

The first finding: French respondents admitted to not knowing the answer to 43% of the questions, while the equivalents for Quebec and the United States were 13% and 4% respectively. Fifty-five percent of French respondents said they did not know the percentage of fat in whole milk, compared with 5% for Quebec and 4% for the United States. The same trend was observed for butter, margarine, and vegetable oils.

The second finding: when participants tried to answer, Americans were most likely to be right, followed by Quebecers, with the French bringing up the rear. And 6% of Quebecers, 9% of Americans, and 17% of the French did not know the recommendations regarding saturated and unsaturated fats in a healthy diet.

“The difference among respondents’ knowledge,” said Professor Doyon, “essentially indicates that the French don’t take much of an interest in the nutrients contained in the foods they eat. The information is on the package, but they don’t read it.”

According to the researchers, the correlation found between extensive nutritional knowledge and high obesity rates suggests that focusing on detailed nutritional information may not be the best strategy for encouraging healthy eating habits.

“It’s an approach that presents information to consumers in a broken down form,” suggested Dr. Doyon. “This may lead them to think of food in terms of its fat, carbohydrate, and caloric content and lose sight of the whole picture. It might be better to focus on what constitutes a healthy, complete, and balanced meal.”

The Irish taking no notice of such a finding. One country that seems set upon ignoring this idea of “a healthy, complete, and balanced meal” when it comes to telling people what to eat is Ireland. It is about to ban the advertising of cheese during hours when children might be watching television.

Too good a headline not to be noted. “BOB MARLEY’S BANDMATE SMOKES DOPE THROUGH A CARROT“. Bunny Livingston, the last living member of Marley’s band the Wailers, explains on a film documentary of the great man’s life: “The herb of the field is best smoked through the root of the ground.”

Emancipate yourself from mental slavery. Have a listen for yourself. 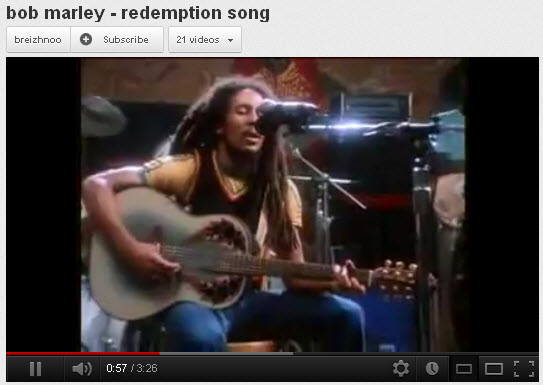 In 1996, Goble was awarded the Ig Nobel Prize in Chemistry, for preparing a barbecue for cooking in less than 5 seconds by the use of a smoldering cigarette, charcoal and LOX (liquid oxygen). This act attracted the attention of the West Lafayette, Indiana fire department, which warned him to never let them catch him in the possession of LOX near a barbecue fire ever again.

Doesn’t leave much of the barbecue.

New Scientific evidence suggests that it is SUGAR not FAT that puts on weight.

Americans can read every label to ascertain its fat content, but it is the sugar content they should be memorising.
Can you believe in the US they even put sugar in their bread!

When you are shopping, you will find that whenever a product is FAT FREE the sugar content is double of that on most other items which contain normal amounts of fat.

Cutting edge doctors are aware of this and aware too that fat gives the body a feeling of being full whereas sugar and empty calories does the opposite.

Hence the reason for the surge in diabetes which is usually a disease of excess consumption of sugar!

@Lady: It’s probably both. I wouldn’t be surprised if they didn’t put sugar in Aussie bread as well. Certainly it’s in the hamburger rolls from Maccas.

What about the ‘near sugar’ substitutes? (sugar alcohols like mannitol, and that sweetener that substitutes a Cl atom for a H?) Do they promote hunger?

@Mike Smith yes it’s in Maccas rolls because Maccas is American and the sugar in the rolls is one of the reasons that people become addicted to Maccas. No matter where on earth you travel you will find it is identical it will always taste the same,
it has to it’s part of the Franchise deal.. so heaps of sugar in their rolls.

In Australia we are fortunate as we have amazing european bread, of the sourdough variety, no sugar in that. All you need watch there is to eat as much wholemeal or rye in preference to white bread.White bread is empty calories too… but wholemeal or rye is fine.

Regarding the ” sugar substitutes” do keep away from those containing Aspartame as it causes brain probs and is suspected of being a contributing cause of Alzheimer’s. Maltitol is ok but has some side effects of a gastro-intestinal nature.. so I would use STEVIA it comes from a plant and is the most natural of all. I use it whenever I need to use sugar but- I am a coffee freak and it makes coffee taste awful. So when I have my espresso coffee I use RAW SUGAR why RAW
because 1 tablespoon of White sugar contains 46 calories compared to 1 tablespoon of Raw sugar only 8 !! So once a day I have a teaspoon of raw sugar in my coffee. For all deserts , cakes etc… it’s Stevia. Hope that helps!!
I was just thinking about the fat content info , and am reminded that there is no obesity in Italy or France and they
don’t worry about fat free food.. but they watch their sugar intake.

Yeah ‘ mannitol – excess consumption may cause a laxative effect’ – excess varies with the person.

Re espresso: skip the sugar entirely. However, if you (or your barista) don’t make really good coffee, it will taste awful. Unsweetened espresso is the acid test for making coffee. A dirty machine, wrong temp, wrong grind, wrong tamp, wrong roast[1], anything wrong and it tastes awful.

[1] not wrong coffee, all (arabica) coffee’s good, you just need to get the rest right

I just wish Coca Cola would use it. (stevia)